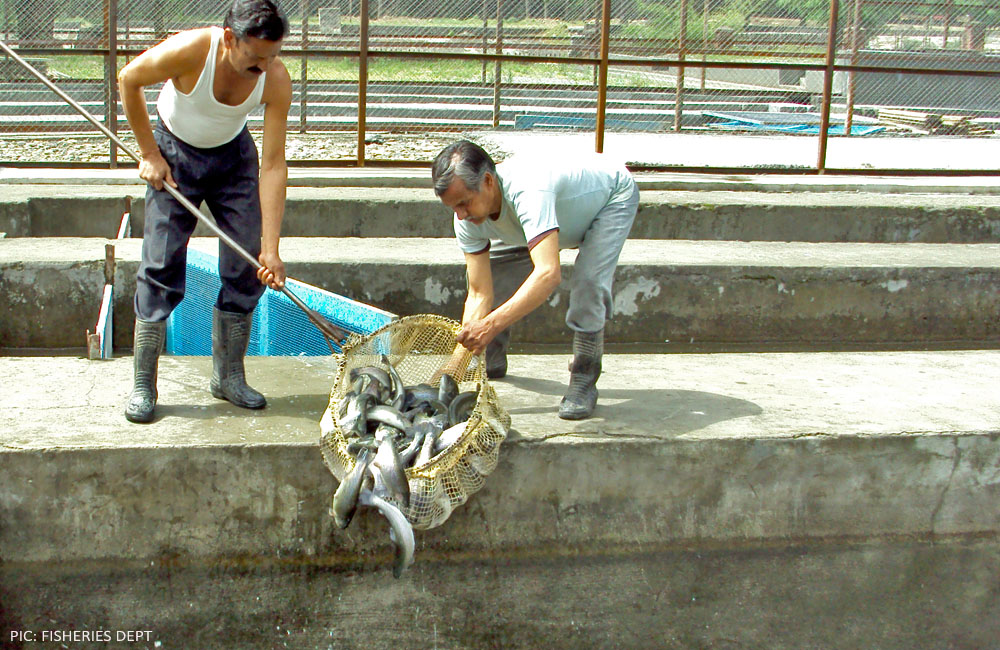 Shimla-Export of fisheries from Himachal Pradesh’s reservoirs to neighbouring states/UTs of Punjab, Haryana, Chandigarh and Delhi has been resumed, informed the Animal Husbandry and Fisheries Minister, Virender Kanwar on June 16, 2020.

After the opening of the lockdown, he informed, a total of 600 Metric Tonnes of fish worth Rs. 683 Lakh has been produced from various fisheries resources up to May 2020.  This produce was exported to neighbouring states/UTs and also have been sold in markets within the State.

He informed that the Government plans to promote export of Exotic Carps, IMC, Singhara and Trout etc. due to high demand and remunerative prices. Fish cultivation will be promoted through self-help groups, fish cooperative societies, Private entrepreneurs in the coming years, he informed.

The department has created a Whatsapp group to seek suggestions, demands, grievances etc of the fishermen.

Fisheries export-hub will be created in the state reservoirs and trout areas where export varieties of fishes like Singhara, carps and Rainbow Trout will be promoted. Modern technology will be adopted in improving fisheries sector, he claimed.

During the lockdown, the Government provided 76,650 fish seeds to the private fish farmers and 77,245 fish seeds were stocked in fish cages at Bhakra Dam, Bilaspur after April 20, 2020, he claimed.

The Minister said that the Department of Fisheries has released a Rs. 1.07 crore relief package to 5350 state reservoir fishermen for compensating the losses accrued due to COVID-19 Virus outbreak in the state. Each fisherman was given financial assistance of Rs. 2000 for a period of an almost one-month halt in fishing activities, the Minister claimed.

Bilaspur: Vigilance Probe Begins into Alleged Delivery of Raincoats to Health Staff Instead of PPE Kits