According to the latest official update received from the Health Department, with the appearance of new cases, Himachal’s COVID-19 tally rose to 1140, of which 283 are active, 833 have cured, and nine died. Kangra is about to cross the 300 mark with a total of 298 cases till Thursday (9 PM). The total for Hamirpur has reached 268, while Solan (159) and Una (133) are heading towards the 200 mark.

Among 33 cases reported from Solan district, about 29 were said to be workers of a factory. According to the initial information available, samples of several workers were taken after one of them had tested positive earlier. This single-day-spike has created a stir in the area. Other four cases were reported from Arki and Jhadmazari area. More details were awaited at the time of the writing.

The total for Shimla district rose to 52 with the appearance of three new cases from Rohru. Two of these persons had returned from Jammu & Kashmir and were home-quarantined in a hut belonging to the Food & Civil Supplies Department near HPMC Building, Rohru. The said building has been sealed. Remaining one person- a returnee from Delhi-was kept under institutional quarantine at HP PWD rest house. The SDM, Rohru, BR Sharma confirmed the report.

Two persons who tested positive for COVID-19 in Una includes an 80-year-old woman with a travel history from Punjab. She was home-quarantined.

In Mandi, a returnee from Kerala, who was home-quarantined, also tested positive.

According to the official statistics provided by the Health Department, a total of 94720 persons have been tested in the State so far and currently, 20225 are under active surveillance.

While the number of cases continues to rise in the State, HP Government has opened borders for all without the need of an e-pass or permission from district administrations. Anyone with a COVID-19 negative report of an Indian Council of Medical Research (ICMR)  accredited laboratory not older than 72 hours and booking of a minimum five days can enter the State for tourism purpose.

This decision has attracted huge criticism from every section of the society including the hospitality industry. There is a wide-spread fear among residents that this decision could fuel the corona outbreak in the State.

Further, as another big blow, a new study by MIT (Massachusetts Institute of Technology) researchers has predicted that India could see 2.87 lakh cases daily by Feb 2021. The same study also calculates that coronavirus cases are actually 12 times higher, with 50 percent more deaths.

To add to the fears of Indians, Centre and State Governments have begun to advise people to learn to live with coronavirus. 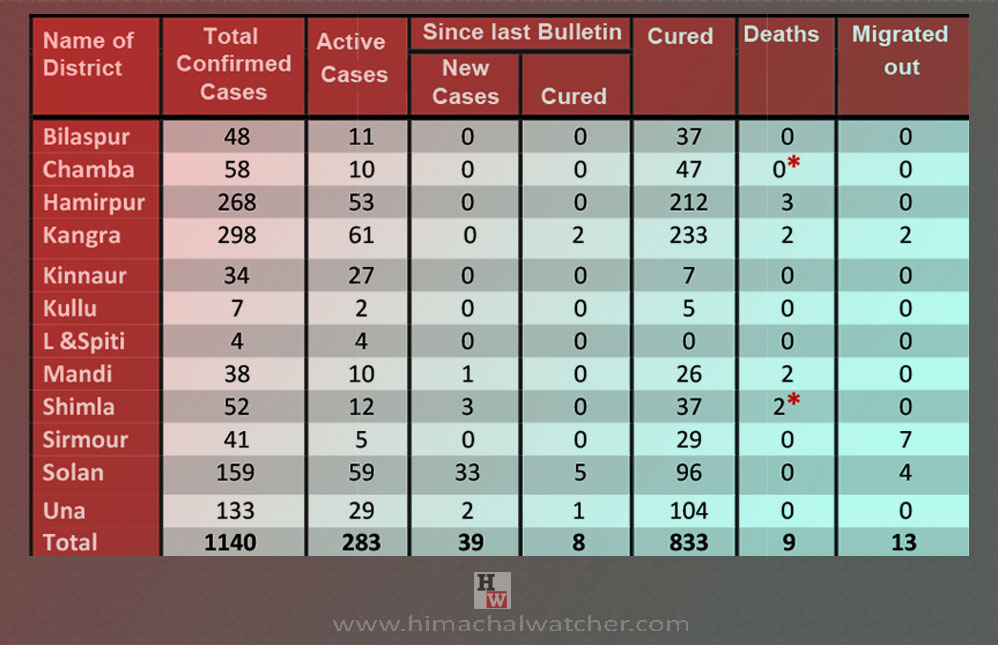