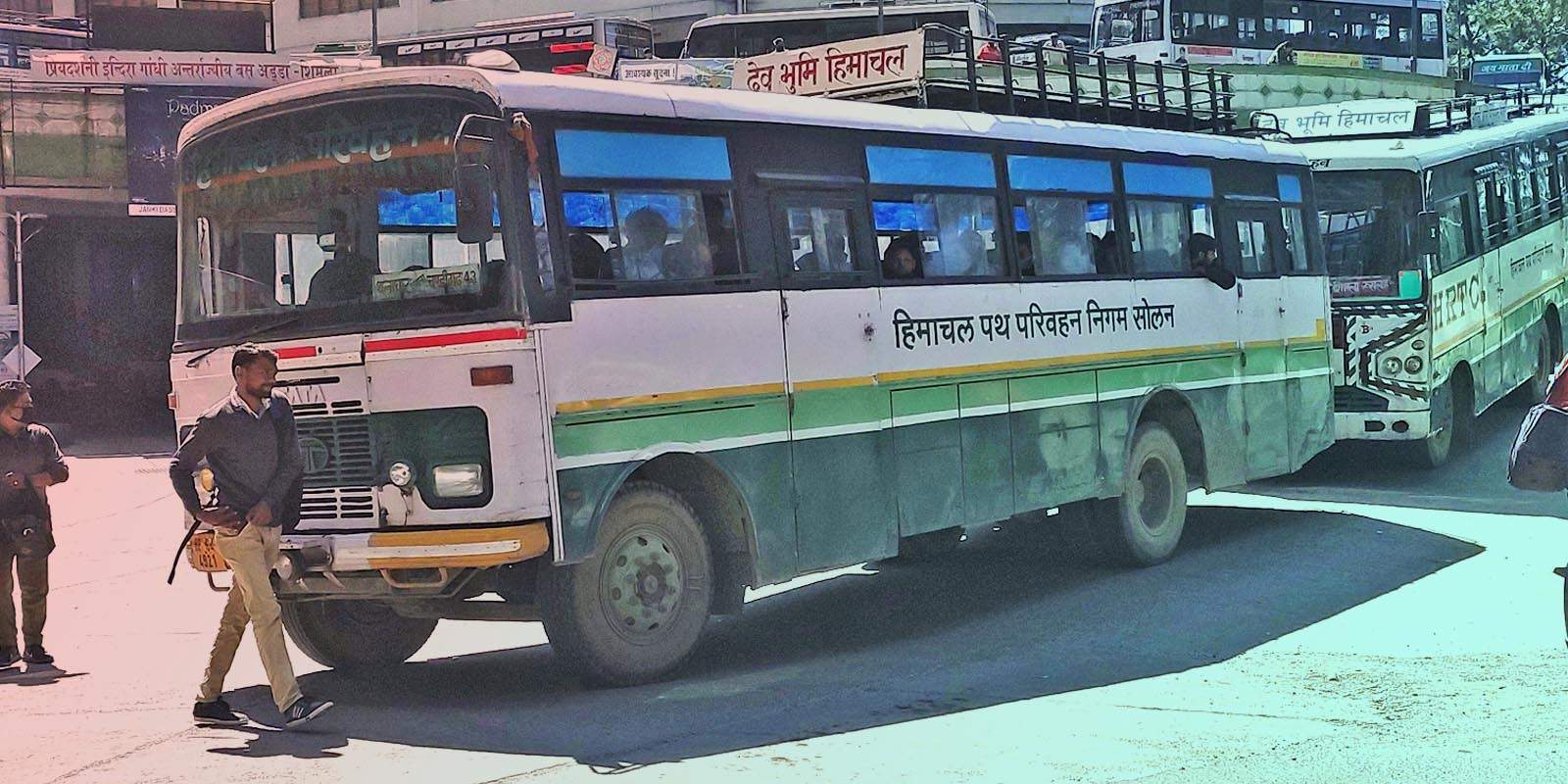 Shimla-The Himachal Pradesh Cabinet, in a meeting held on July 20, 2020, decided to increase the bus fare in the State. The fare would be Rs. 7 for the first three kilometres instead of Rs. 5.  There would be an increase of 25 percent in the present per kilometre tariffs for all travel beyond three kilometres for hilly and plain areas. The Cabinet gave its nod to withdraw the facility of free travel to Members of Parliament and MLAs in HRTC buses within and outside the State. However, this facility would continue for all former MLAs and MPs.

After the announcement of this decision to hike the bus fare, unrest is on the rise among the people. The government had been proposing this hike for some time after succumbing to pressure from private bus operators. Earlier, private transporters had declined to resume service and demanded hike in bus fare to operate with only 60 percent seating capacity. Later, the government waived off the condition of 60 percent occupancy and allowed public transport to operate at 100 percent seating capacity. Despite it, private operators had been demanding a hike. The state government had proposed a hike in the fare earlier too but, after facing a widespread backlash for putting burden on common people, the HP Transport Minister Govind Singh Thakur had later denied taking any such reason. The Minister had been maintaining that no hike would be made in the bus fare.

In the coming days, the decision is likely to face protests with a demand of withdrawing this decision. The HP Congress Committee, Communist Party of India (M), Akhil Bharatiya Mahila Samiti, and CITU also condemned the decision, terming it as an additional financial burden on the public which is already hit by corona pandemic. They said that the government has allowed public transport to ply with 100 percent seating capacity, therefore, the decision to hike the fare is not justified. Further, the government has been facing backlash for failing to provide in any respite while billing citizens for its services despite the fact that a large number of people are economically hit due to the lockdown. The oppositions have been alleging that instead of offering relief to common people, the state and centre governments have been putting more financial burden on the plebeians. Moreover, the hike in petrol and diesel prices and waiving off or cutting subsidy on electricity and food supplies have caused a lot of unrest in the public.

Information and Technology Department presented the hardware for e-Cabinet and the Cabinet authorized the Department to go-ahead for the purchase of 16 workstations. It was decided that the third-party security audit should be done for maintaining confidentiality.

The Cabinet gave its approval to convert 34 EGS instructors into Gramin Vidya Upasaks who have fulfilled the eligibility conditions of such conversion.

It decided to fill up three posts of Junior Office Assistant (IT) in the Prosecution Department on a contract basis.

It decided to convert the 771 vacant posts in the cadre of Assistant Librarians in the Education Department into Junior Office Assistant (Library) for the smooth functioning of libraries of educational institutions in the State.

The Cabinet decided to take over Lala Jagat Narain Himotkarsh Kanya Mahavidyalaya Kotla Khurd in Una district by the Government along with services of eligible teaching and non-teaching staff of the college as per extant policy.

The Cabinet also approved replacement of 38 ambulances under National Ambulance Service-108 in the State in lieu of ambulances which have outlived their economical life as the 108 ambulances have become the lifeline of the health system in the State.

The  Cabinet gave its approval to provide government land measuring 0-37-54 hectare on lease to HPSEB Ltd. for construction of 33/11 KV 2X3.15 MVA Sub Station Ukhali in district Hamirpur at a rate of 20 percent of the present circle rate i.e. Rs.11,26,200  as a lump sum and Rs. one per month lease for 99 years thereafter.

It also gave its nod to provide government land measuring eight Marala at a rate of 20 percent of the present circle rate i.e. Rs.34,008  as a lump sum and Rs. one per month lease for 99 years at Bamsan in Hamirpur district in favour of HPSEB Ltd. for construction of office of Junior Engineer and Complaint Room of Tikri Section.