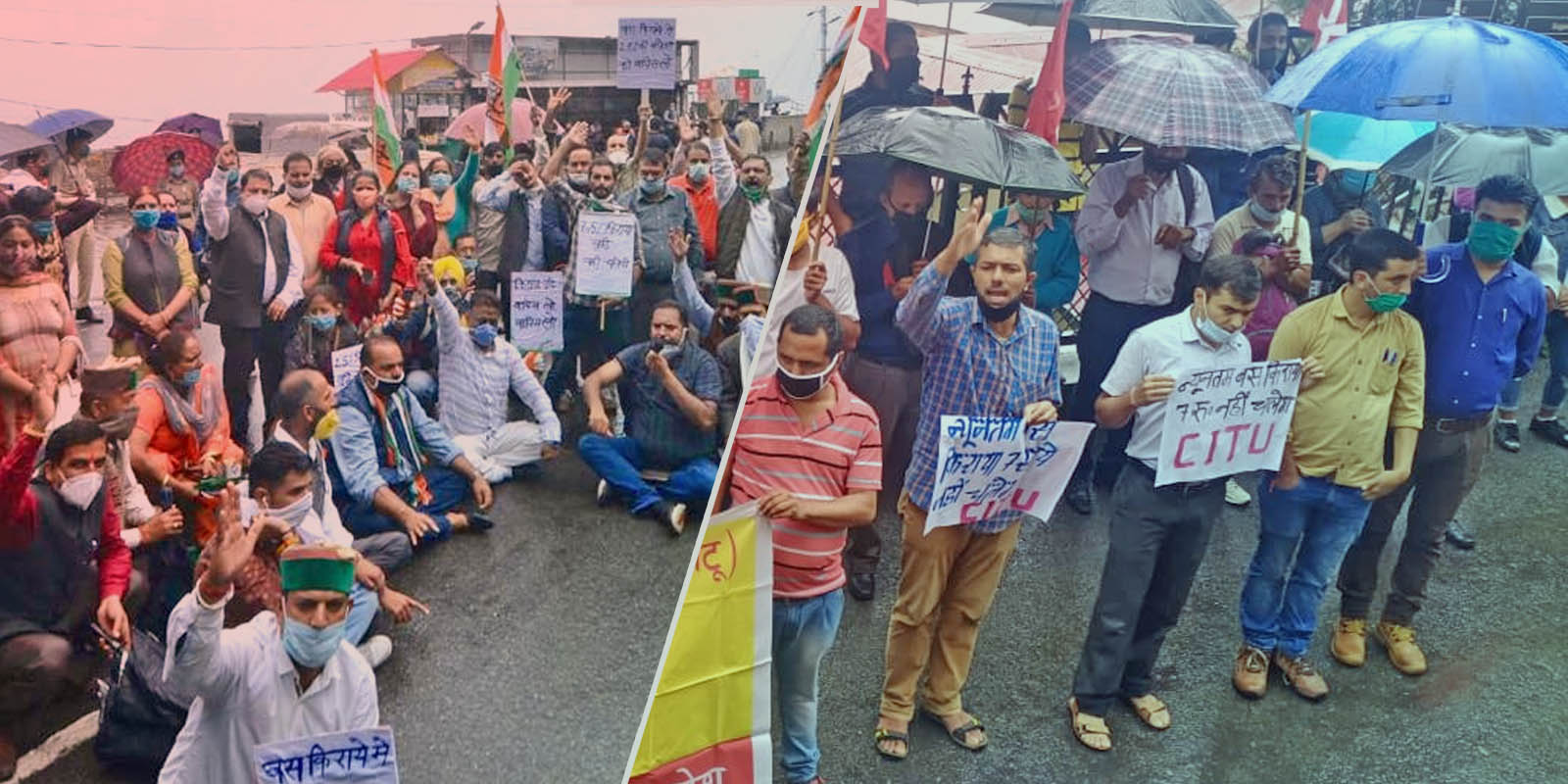 Shimla: The Himachal Pradesh Government is under fire for giving a shock to the public by approving a hike of 25 percent in bus fare instead of relief amid a financial crisis in wake of the pandemic. Protests have begun in the state against this decision and, in this row, today the Himachal Pradesh Congress Committee held a Dharna Pradarshan. The party said that this decision would put an additional burden on the public.

The Communist Party of India (M) has given a call for a state-wide protest on July 23 against this decision of the state government.

“First the government put a financial burden on the public by hiking rates of its various services including water, ration, electricity, diesel and petrol, and property tax, and now it has aggravated this burden by deciding to make a hike in bus fare,”

CPI (M) said in a statement released to media.

CITU also staged a protest in front of the Office of the Deputy Commissioner, Shimla, and warned the government of more protests if this decision was not withdrawn.

“Despite a drop in the cost of crude oil, the prices of diesel and petrol has been rising in India. If the centre and state governments reduce heavy excise duty and vat respectively, then the government could avert putting a financial burden on the public by hiking bus fare,”

CITU termed it a nexus between the state government and private bus operators. Bus fare in Himachal is much higher as compared to hilly North-East states, it said.

Further, it said that in a time when nearly 70 percent of people employed in the private sector have lost their jobs partially or completely, the people need relief from the government.

The protest held by Congress in Shimla was led by party chief Kuldeep Singh Rathore from Rajeev Bhawan to the Office of Managing Director HRTC at Old Bus Stand.

“In the last two and half years, the BJP government has increased the bus fare by 50 percent including a hike of 25% in 2018,”

Congress said in a statement to media.

The state government has failed in providing alternate jobs/honorarium to the unemployed youth which has resulted in unrest amongst the youth of the state, the party said. Congress also demanded withdrawing the decision to freeze D.A. of all employees and pensioners of the state.

“At one stage, there was only one case left in the state and Himachal was on verge of becoming a corona free state. The sudden erroneous decision of the Chief Minister has resulted in a sharp increase in COVID-19 cases within no time.  It shows the failure and debacle of the administration of Jai Ram Thakur’s government,”