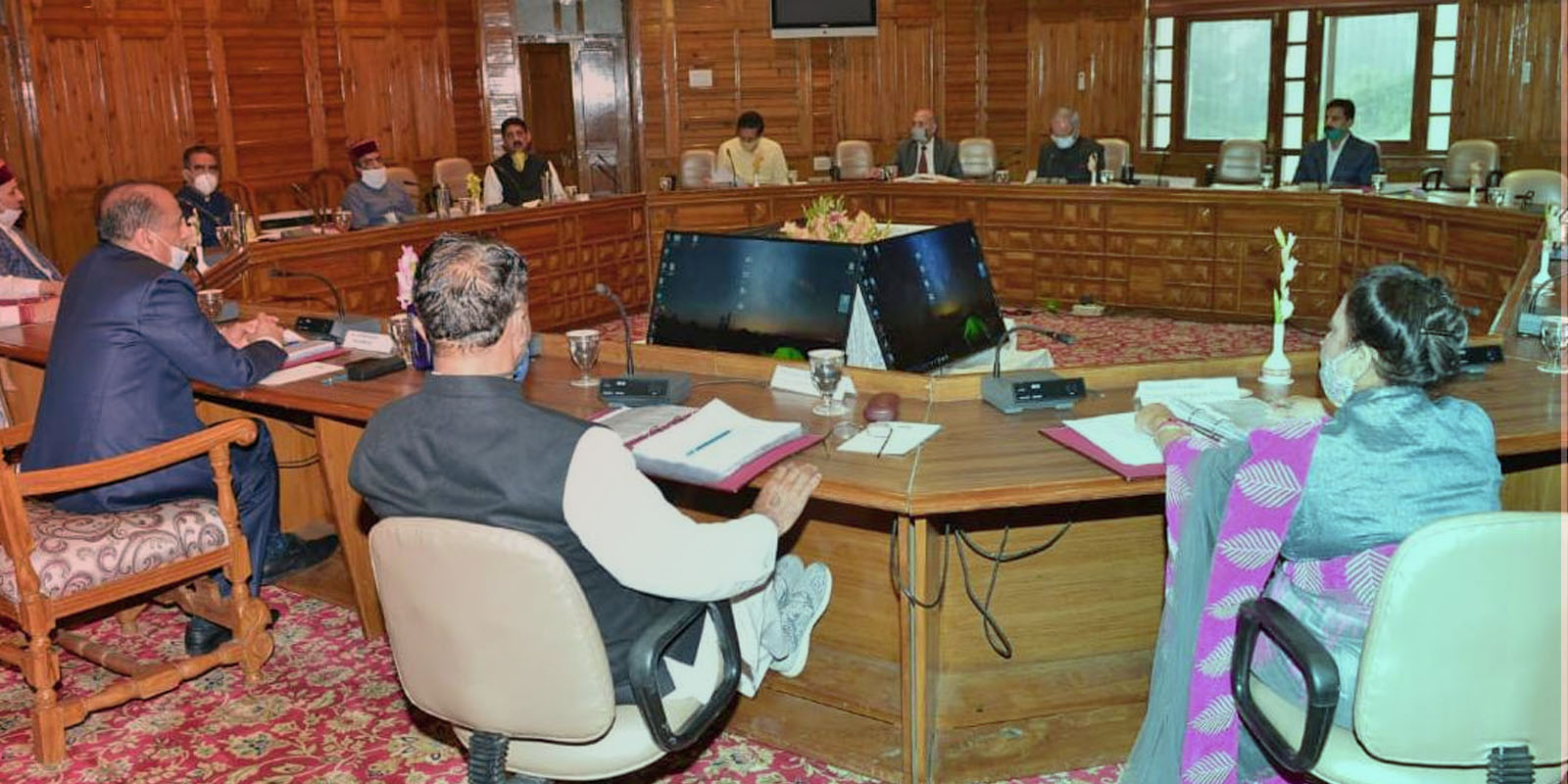 Shimla-In a meeting of Himachal Pradesh Cabinet held on July 30, 2020, the state government decided to reduce sewerage charges from 50 percent to 30 percent of the water bills being charged by the Jal Shakti Vibhag.

The Cabinet gave its approval to implement Mahila Shakti Kendra Scheme in Kullu, Kinnaur and Lahaul-Spiti districts and to create and fill up one post each of Women Welfare Officer and two posts each of District Coordinator in each district on outsource basis.

The Cabinet gave its approval for the constitution of State Food Commission with a purpose to monitor and review of implementation of National Food Security Act, 2013 in the state.

The Cabinet decided to simplify policy for providing ‘Compassionate Employment’ and delegation of powers to departments for disposal of cases of compassionate employment. Now, instead of Clerks, the cases will be considered to the post of Junior Office Assistant (IT).

The Cabinet gave its nod to:

It also gave its consent to name the Horticulture and Forestry Development and Extension Institute, Thunag as College of Forestry and Horticulture Thunag alongwith creation of requisite posts to manage this college.

The Cabinet gave its consent for appointment of 18 left out staff nurses working under the National Health Mission in Rogi Kalyan Samiti on contract from the roster points in respect of which requisition of recruitment of staff nurses has already been placed by Director Health Services with Himachal Pradesh Staff Selection Commission, Hamirpur by considering these appointments from a prospective date.

The Cabinet decided that Clause 7 of the Ordinance will substitute the Provision to sub-section (2) of Section 31 of H.P. Goods and Services Tax Act. The purpose, the government said, would be to empower the government to notify the categories of services of supplies in respect of which tax invoice would be issued and to make rules regarding the time and manner of its issuance.

Nod was given to Clause 8 of the Ordinance to amend Section 51 of H.P. Goods and Services Tax Act to empower the government to make rules to provide for the form and manner in which a certificate of tax deduction at source would be issued.  It also approved Clause 9 of the Ordinance to insert a new sub-section (1A) in Section 122 A of this Act to make the beneficiary of certain transactions at whose instance such transactions are conducted liable for a penalty.

It also gave its approval to Clause 10 of the Ordinance to amend Section 132 of this Act to make the offence of fraudulent availment of input tax credit without invoice a cognizable and non-bailable offence under Sub Section 1 of Section 69 and to make any person who retains the benefit of certain transactions and at whose instance such transactions are conducted liable for punishment.

The Cabinet also gave its approval to Clause 11 of the Ordinance to amend Section 140 of the Act relating to transitional arrangements for the input tax credit to prescribe the time limit and the manner for availing input tax credit against certain unavailed credit under the existing law. This amendment would take effect retrospectively from 1st July 2017.

It approved Clause 12 of the Ordinance to insert new Section 168 A to empower the government to issue such notifications retrospectively which could not be issued instantly in the public interest due to Covid-19 pandemic.

It also gave its approval to Clause 13 of the Ordinance to amend Section 172 of the Act to extend time limit provided for removal of difficulties there under from three years to five years with effect from the commencement of the said Act.