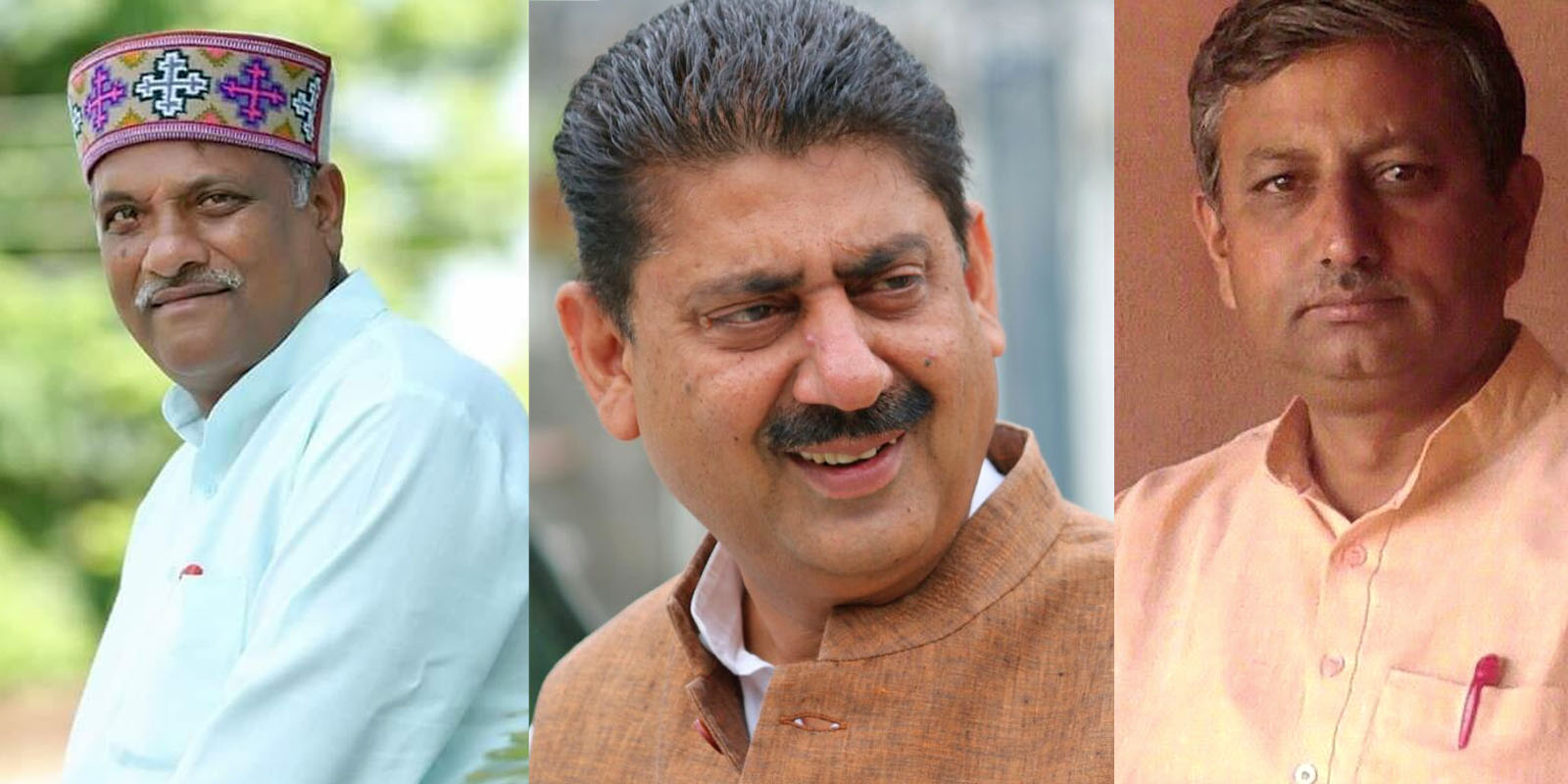 Shimla-Newly inducted Ministers in the Himachal Pradesh Cabinet took the oath of office and secrecy in a ceremony held at Raj Bhawan on July 30, 2020. The oath was administered by Governor Bandaru Dattatraya.

Chief Secretary Anil Khachi conducted the proceeding. Following the protocol of social distancing, the oath-taking ceremony was restricted to a small gathering. 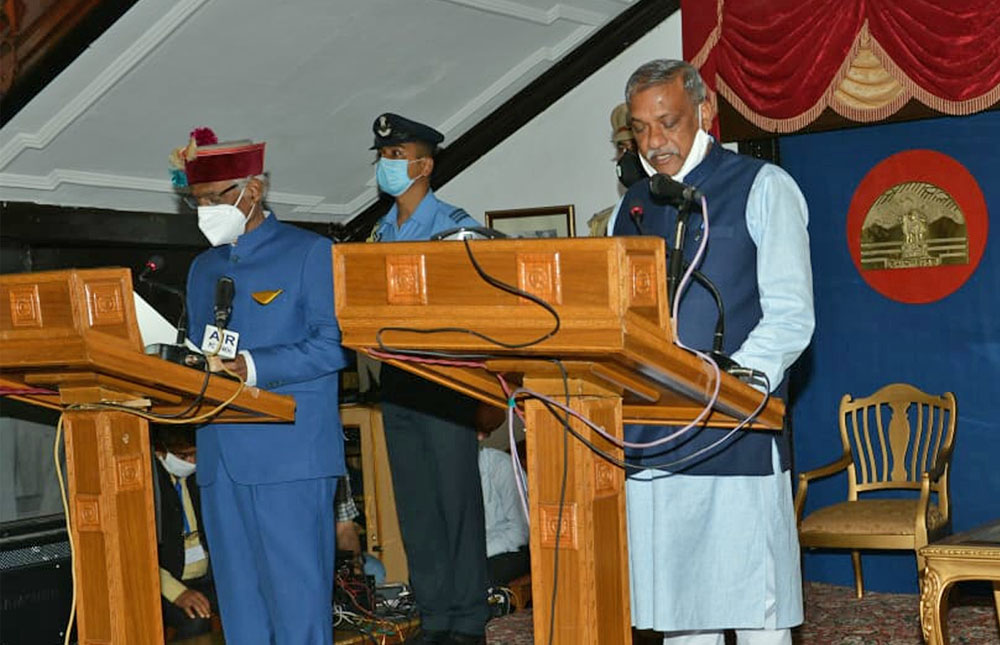 Sukh Ram Chaudhary was born on 15th April 1964 at Village Amargarh, Tehsil Paonta, District Sirmour. He was elected to the State Legislative Assembly in 2003 and re-elected in December 2007. He remained Chief Parliamentary Secretary (Attached with CM for Agriculture and Animal Husbandry) from 9th  July 2009 to December 2012. Re-elected to the 13th Vidhan Sabha (3rd term) from Poanta Sahib in December 2017. He was nominated as Chairman, Welfare Committee and Member, Library and Member Amenities Committee. 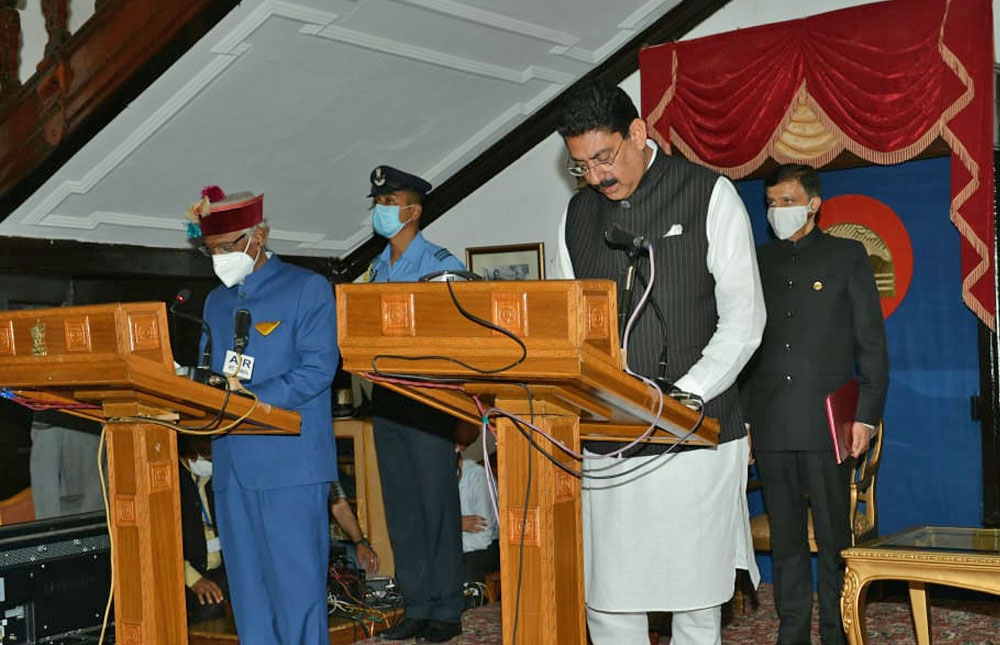 He was elected to the State Legislative Assembly in 1998 as BJP candidate and re-elected in December 2007 as Independent.

He was re-elected to the 13th Vidhan Sabha (3rd term) from Nurpur in December 2017. He was nominated as Chairman, Public Administration Committee and Member, Public Accounts & Rule and Library & Member Amenities Committees. 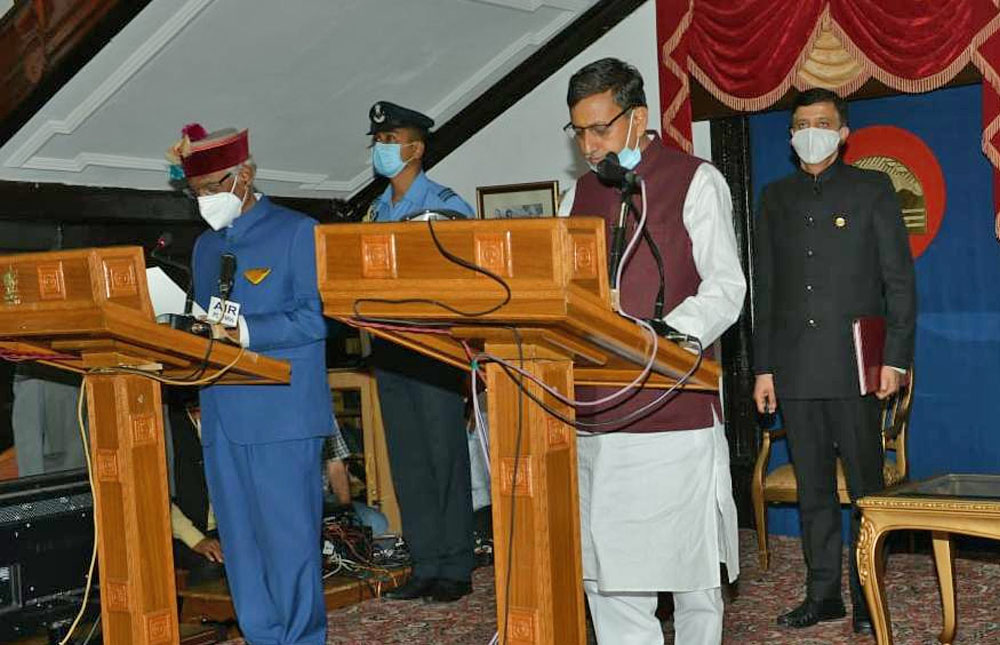 He was elected to the13th Vidhan Sabha from Ghumarwin in December 2017 and nominated as Member, Subordinate Legislation & General Development Committees.