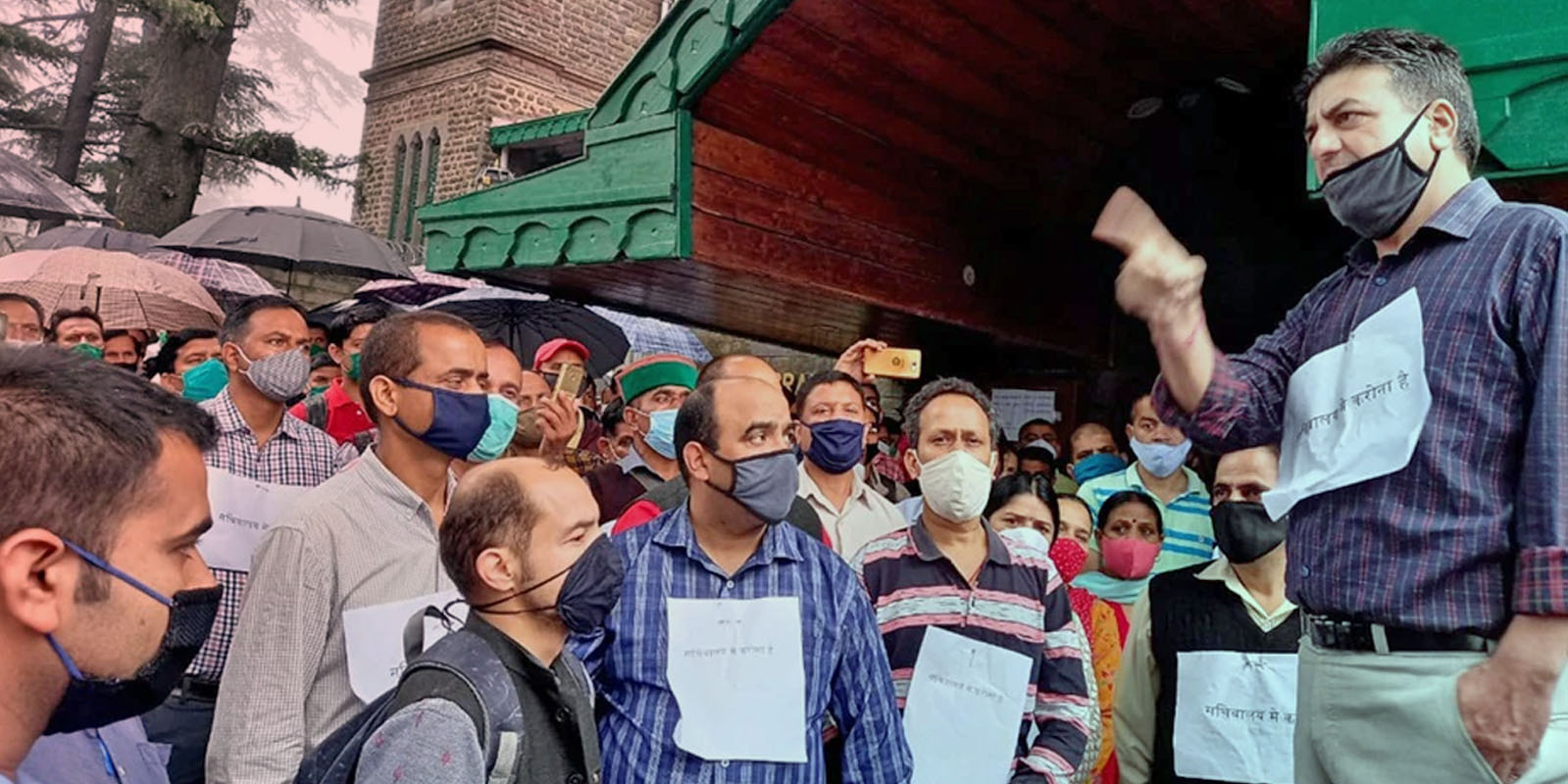 There is no respite from the spurt in cases in BBN – the industrial area of Solan that reported 32 cases. Three policemen and an ambulance driver also tested positive in the district.

In Sirmaur district, Nahan reported 22 cases. All persons were said to be contacts of COVID-19 positive persons.

In Shimla, three more persons of a family tested positive for COVID-19. They had come in contact with a woman who had tested positive a couple of days ago. Other cases include a person from Totu area and two SSB jawans.

The first case was reported when the Deputy Secretary to Chief Minister contracted the infection from a leader of Bharatiya Janata Party who had visited the Secretariat and some other places including IGMC Shimla and the State High Court. Later a peon tested positive, and on Wednesday a clerk was found to be COVID-19 positive. Several other persons in Mandi district contracted the infection from the same leader.

The employees said that they have been reaching the  administration with their request to seal the building and test all employees but they are being ignored. They fear this negligence could lead to an explosion in case at the Secretariat, as well as, in Shimla.

The staff alleged the administration of discrimination in following the protocol regarding sealing and sanitizing the building/area where COVID-19 cases are found. They alleged that the administration did not even seal the floor on which the first case was reported. Now, three cases have been reported but still the administration hasn’t sealed the building. Employees weren’t quarantined and no samples were taken, they alleged. The clerk who tested positive on Wednesday was coming to office till July 27 and had been visiting various branches, which is concerning, they said. They had demanded that all employees should be tested and the building should be sealed.

But at the same time, the employees were seen violating social distancing norm during the protest.