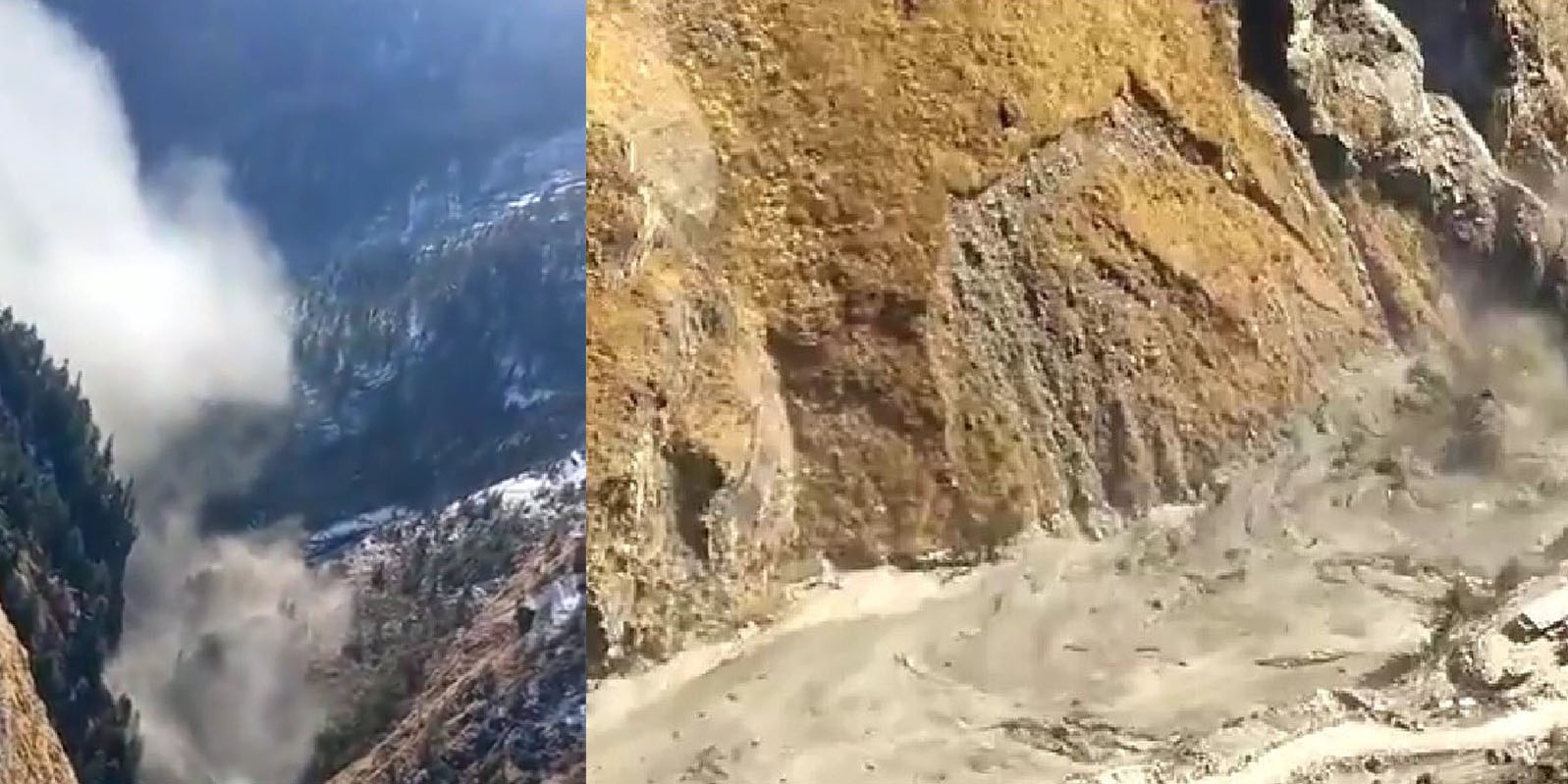 Uttarakhand-A “glacier break” at Joshimath in Uttarakhand’s Chamoli district today triggered a massive flood in the Alaknanda and Dhauliganga rivers. While A dozen bodies have already been recovered, over 150 people are feared are still missing and feared to be dead. These people are mostly those working inside power projects. About 16 people, who were stuck in a tunnel of Tapovan dam, had been rescued at the time of writing. Efforts were on to rescue others trapped in another tunnel, which was being coordinated by the Army and ITBP. This natural disaster has also triggered debate among ecologists and environmental activists over building too many dams in the Himalayan region.

Videos of this tragic, as well as, horrifying incident have appeared on social media platforms. Videos showed scary scenes of the water tearing through a narrow valley below the power plant and destroying almost everything which came in its spate appeared.

According to the initial report issued by the Union Government, due to the glacier burst near Joshimath and avalanche, the flow of water increased greatly and first the water level started rising in the Rishiganga River and later in Alaknanda River. The massive flood washed away the Rishiganga small hydro project of 13.2 MW.

Heavy floods turn up in the #Joshimath Region of #Uttarakhand due to breaking up of #JoshimathGlacier today morning. The dams of the rivers also collapsed along with the #RishigangaPowerProject. High alert has been declared in #Rishinagar, #Rishikesh and #Haridwar. pic.twitter.com/h0hogxaSUf

The flash flood also affected the downstream hydro project of NTPC at Tapovan on the river Dhauliganga, which is a tributary of the river Alaknanda.

There is no danger of downstream flooding and the rise in water level has been contained, as per the information given by the Central Water Commission (CWC).  There is also no threat to the neighbouring villages.  At the same time, the concerned agencies of the Centre and the State were asked to keep a strict vigil on the situation, and a team from DRDO, which monitors avalanches, is being flown in for surveillance and reconnaissance.  MD, NTPC has been asked to reach the affected site immediately.

Rescue and Relief Operations by the Centre and State Government are in full swing and 3 teams of the National Disaster Response Force (NDRF) have reached the spot. More than 200 ITBP personnel are on the spot, and one column and Engineering Task Force (ETF) of Army, with all rescue equipment, have been deployed.  Navy divers are being flown in and aircraft/ helicopters of the Indian Air Force (IAF) are on standby.

ITBP personnel carrying rescued persons on stretchers to the nearest road head near Tapovan after rescuing them from the tunnel. #Uttarakhand pic.twitter.com/Spq6OltCY6

“We are focusing on the second tunnel, that is tunnel number one, we’ve learnt that around 30 people are trapped there. We will be carrying out night operations also. Our teams are already on the job and we hope that we’ll be able to rescue them,” Vivek Pandey, ITBP, PRO, Uttarakhand told ANI.

IMD said that there is no rainfall warning in the region for the next two days. Efforts are being made to ensure that all missing people are traced and accounted for, the Government said.

#WATCH| Uttarakhand: ITBP personnel approach the tunnel near Tapovan dam in Chamoli to rescue 16-17 people who are trapped.

When the going gets tough, the tough get going!@ITBP_official continues its rescue operation near Tapovan, #Joshimath pic.twitter.com/zxBRZyLTRr