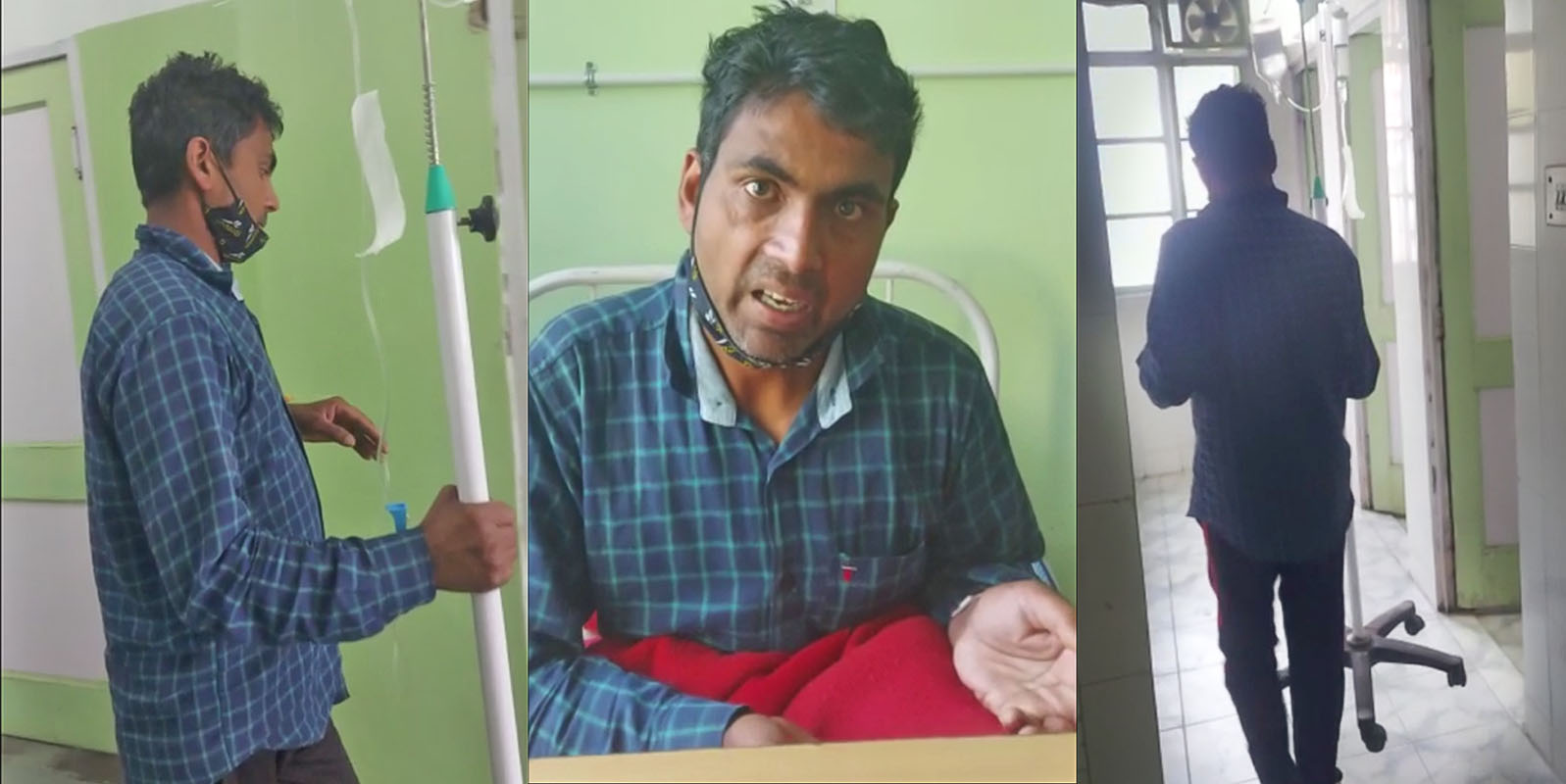 Shimla-With visible stress on Himachal Pradesh’s health system, like the rest of the nation, complaints regarding medical mismanagement are surfacing. Delay in reports of RT-PCR results is a common grievance. However, on May 10, a family alleged that their kin died as 108 ambulance ran out of oxygen while it was on the way to the hospital. In another case, a woman referred from Kinnaur allegedly died due to delay of five hours in admission to the DDU hospital in Shimla.

A Covid-19 patient admitted to the dedicated Covid care facility in Ayurvedic Hospital, Chhota Shimla, complained that the staff was not co-operative and that doctors did not monitor him frequently.

Sanjay Shah, a resident of Bihar, alleged that he had tested positive on April 24, 2021, at the Indira Gandhi Medical College in Shimla. He was then referred to DDU Covid-care hospital where he was admitted for 11 days after which he was discharged and referred to the Ayurvedic Covid-care hospital. With the help of a fellow patient, he recorded a video explaining his problem and shared it with Himachal Watcher.

Sanjay alleges that he was being asked to arrange for expensive medicine from private medical stores. An acquaintance of Sanjay then had to borrow money and arrange the prescribed medicines. “They conducted a medical check-up and asked me to arrange some medicine, which cost me nearly Rs. 4000,” Sanjay said. 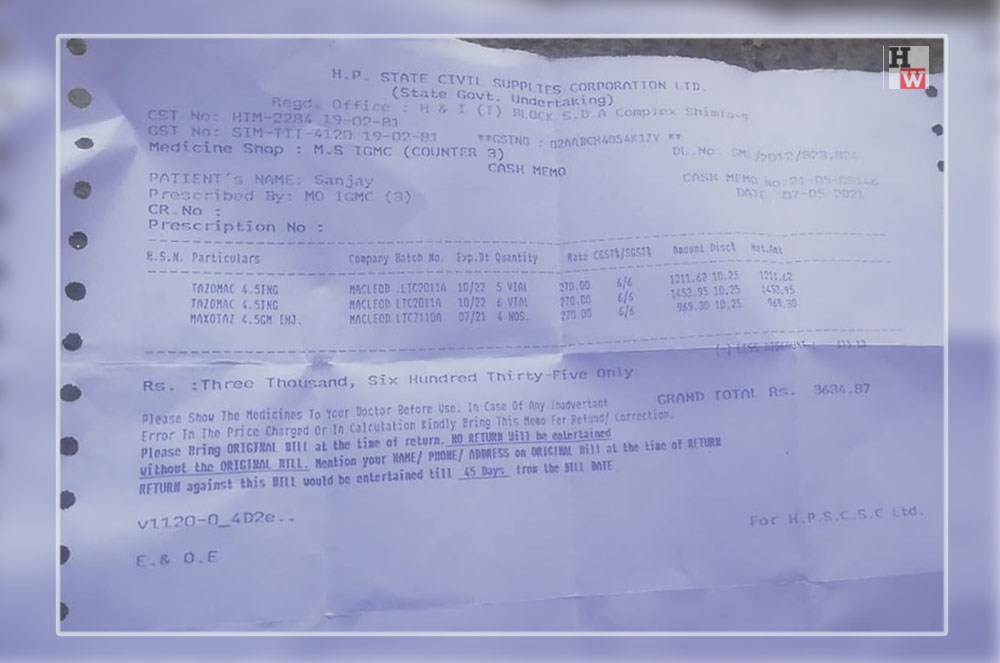 Sanjay also complained that doctors rarely visit him for checkups. While using the toilet, Sanjay carries his IV stand along with him, which he said is very cumbersome. He said all he wants is that doctors visit him daily and that he should be informed properly about the treatment and the use of medicines for which he had to pay by seeking financial help from his acquaintances

When inquired regarding this complaint, the Medical Superintendent of Ayurvedic hospital, told Himachal Watcher that Shah was being administered with antibiotics through IV, but now he is on oral doses.

Regarding the complaint about the availability of doctors and regular check-ups, the MS said that this hospital is more of a step-down facility for Covid-19 patients, and consultations regarding the cases are undertaken from a panel of specialists at the IGMC Shimla through a WhatsApp group. If required, the patients are referred to DDU or IGMC, he said. On being asked about the medicines Sanjay was asked to arrange, the MS said that the IGMC panel sometimes prescribes medicines that are not available in both the hospitals. Under such circumstances, the patient is asked to buy such medicines from private medical stores.

When MS was asked how Sanjay should arrange for his medicine from outside the hospital, he had no clear answer. Responding to Sanjay’s complaint regarding the inconsistent visit of doctors, the MS said that the entire medical staff wears PPE kits, which makes it hard for patients to differentiate between doctors and other healthcare workers who visit the ward.

The MS of Deen Dayal Upadhyay Hospital told Himachal Watcher that currently there are a total of 21 patients at their facility while the hospital staff is working around the clock in three shifts. In each shift, the hospital has appointed at least one doctor, a pharmacist, a nurse, and two Class IV employees. The Medical Superintendent also said that recently a pharmacist had created a scene as he refused to enter the ward, after which the hospital did take action against him.

In another case of medical mismanagement in the state capital, a resident of Chhota Shimla had alleged that his mother was denied admission to the facility despite her condition being critical due to low oxygen saturation. The son then had to make arrangements for oxygen support at his residence with the help of an NGO.