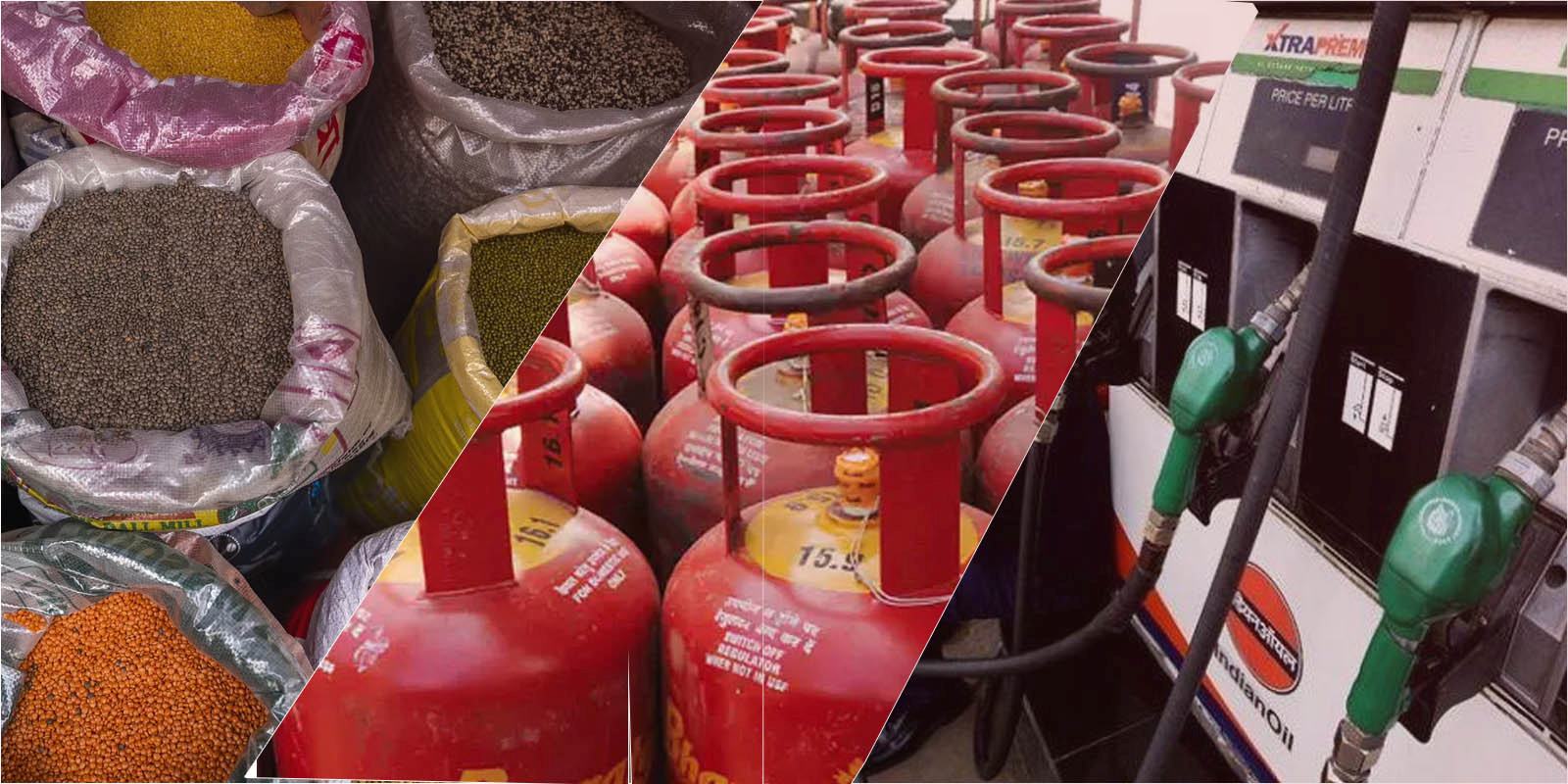 Shimla-Protests over rising inflation in Himachal Pradesh has begun amid silently rising, fuel bills, food prices, and prices of other essential commodities. Prices of diesel are also catching up with petrol prices, leading to an increase in transportation costs. Unprecedented hikes in diesel -the most used fuel in India-has also hit millions of small transport operators and wage earners.

The inflationary pressure is now getting intolerable for the people. On July 1st, the price of petrol touched Rs. 100 in Kaza. In Shimla, the rate was 96.36 per litre and is gradually heading towards a century.

This skyrocketing price hike has brought the focus on high taxes/VAT imposed by the Centre and State Governments on fuel.

Prices of fuel and commodities-related products are rising as manufacturers/producers are passing on the increased cost of production to consumers.

In Shimla, the price of a domestic cylinder was now Rs 931. The subsidy on a cylinder was Rs. 31. Further, this hike is likely to result in a rise in the prices of food at restaurants and dhabas.

Two major packeted milk companies – Verka and Amul Milk – have also hiked the price of milk by Rs. 2 to 2.50 per litre.  This hike has given another blow to common masses already burdened by the financial crisis due to pandemic induced restrictive measures. These companies have cited increased input cost as the reason behind this hike.

Further, the Consumer Price Index-based inflation (CPI) for May was recorded to be 6.3 %, which has crossed the threshold of 6 %.

According to an estimate by Pew Research Center, India’s middle class shrank by 32 million people in 2020 amid the pandemic. Now, they are also bearing the brunt of inflation.

For opposition and rival parties, ahead of the by-polls for three seats in Himachal Pradesh scheduled to be in August this year, inflation would remain a major agenda against the ruling government

Going with the public sentiments, the opposition Indian National Congress and Communist Party of India (M) have begun to hold protests across the state. Along with inflation, rising unemployment is also one of the major agendas of these protests.

The state unit of INC on Thursday said the four years of the current government and seven years of the Centre government have been disappointing. The government is hiking prices almost everyday despite relatively low prices of crude oil in the global market. The party alleged the current government is laying more focus on the by-polls and the elections to the state legislative assembly to be held in 2022 than attending to the mounting burden on the public due to inflation and unemployment.

Dr Onkar Shad, state Secretary of CPI(M) said according to a report of the OXFAM, income sources of 97% of the population have dwindled.

He also said that despite a fall in crude oil prices in the global market, the prices of fuel have been hiked 22 times since May 2021.

This massive hike has increased transportation costs, leading to a rise in the prices of essential commodities including cereals and cooking oil, he said.

Excise duty and VAT charges account for 60% of the current fuel cost, he said. The party demanded reducing these taxes on fuel, increase subsidies on LPG cylinders, and check rising prices of essential commodities to provide relief to the people.

Further, the party said that quota of wheat flour was reduced from 14 to 11 kilograms at the government ration depots.