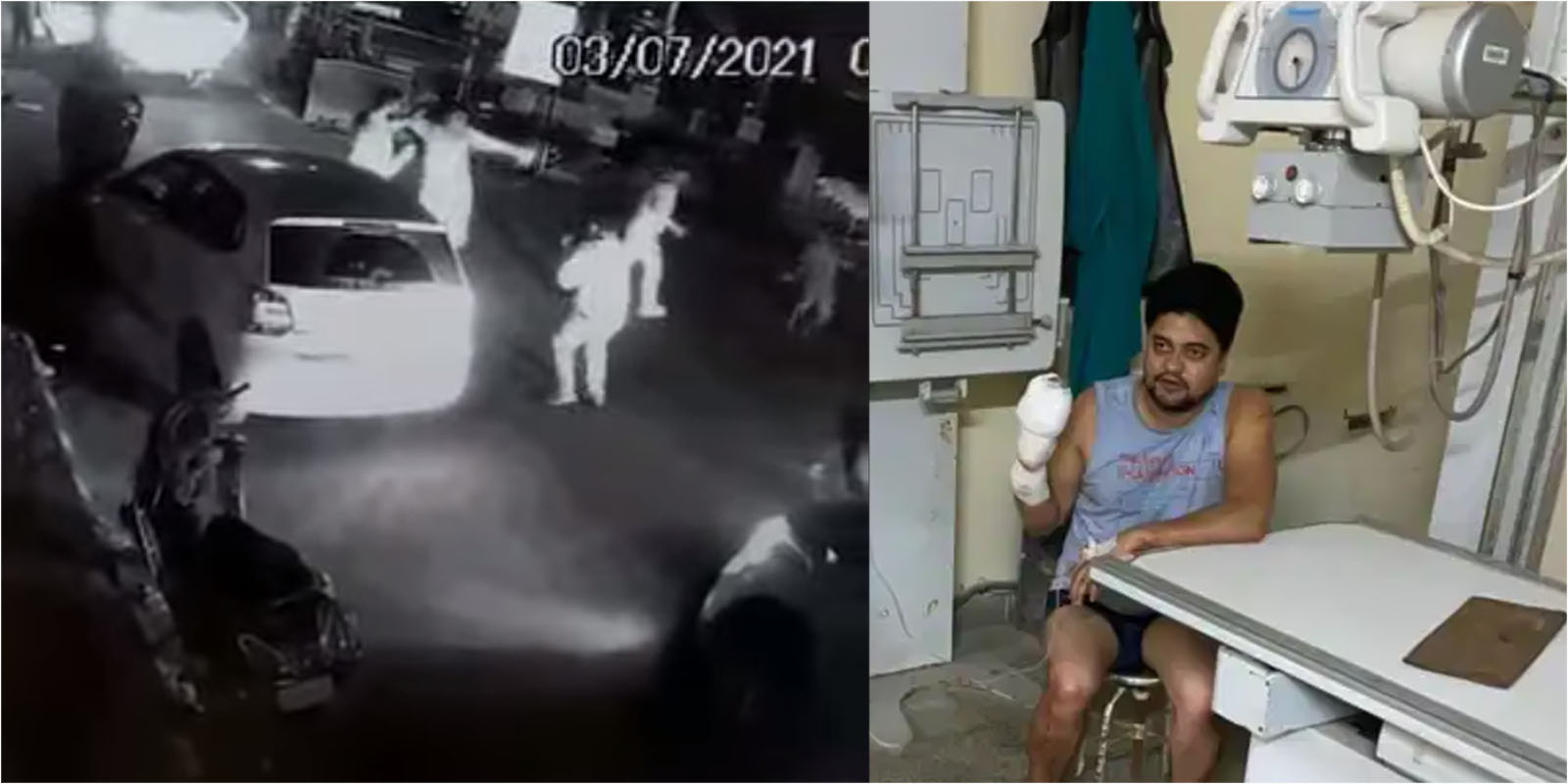 Mandi-Tourists in Mandi district of Himachal Pradesh reportedly assaulted two locals following a spat on Friday night. One of the tourists was carrying a sharp-edged weapon (sword) and chopped off one of the fingers of a local and injured the other.

The Superintendent of Police, Mandi, Shalini Agnihotri, confirmed the report.

According to the FIR lodged by Mandi police, last night it received information that two locals – Anil Sharma and Hitesh Vaid- were brought to the Regional Hospital, Mandi, in an injured state. A police team reached the hospital where the two youth narrated the incident.

As per the FIR, Anil and Hitesh were standing near Ahsoka Hotel in Thaneda market when a Fortuner car (PB-02- CK 6300) arrived and stopped at a distance of not more than eight to ten feet from them. Some people got out of the vehicle and assaulted the two locals, according to the FIR. There is a possibility that there were two tourist cars involved in the incident.

While some media reports said four persons came out of the vehicle and created a nuisance, others said the spat started over driving vehicle rashly past very close to them. When Anil and Hitesh reacted to it, the four persons launched an assault. One of these persons assaulted Anil and Hitesh with a sword in which Anil lost one of his right-hand fingers, while Hitesh also sustained injuries on the left hand. The four persons then fled in the car. Anil was referred to PGI, Chandigarh.

Some CCTV footages of the incident appeared on social media. The footages invited strong reactions from the people. The available CCTV footages showed that some policemen/homegaurds were  present on the spot too.

However, exact details regarding the incident and the identification of the accused were still awaited.

The police, on receiving information about the car number, alerted all nearby police stations and posts and directed them to detain the vehicle. Eventually, the accused were detained at Koksar in Lahaul-Spiti.

“The accused are tourists who have been arrested and were being brought to Mandi district,” the SP told Himachal Watcher.

The accused were booked under Section 307, 326, and 34 of the Indian Penal Code at Sadar police station.

It’s pertinent to mention that altercations between locals and tourists and between tourists and local police are on the rise. Drunk tourists creating a nuisance or littering or violating Covid guidelines had been bothering the locals and the police most.

Last month, some tourists from Haryana had allegedly thrashed a local in Tirthan valley, Kullu district, for objecting to littering, drinking and creating nuisance. The tourists reportedly fled the scene. The tourists had thrashed the local so badly that he had to be hospitalized. Later, locals caught and thrashed the accused and vandalized their cars. One of the tourists was later hospitalized.  A video of the incident showed tourists screaming for help in order to save themselves from enraged locals present on the scene.

Similarly, two drunk tourists were seen getting into an altercation with a police constable on the Shimla Ridge a few days ago. These tourists were not wearing masks.

In another incident, an altercation between traffic police and tourists was reported near Shimla’s Victory Tunnel. An on duty traffic personal was seen slapping a tourist for allegedly misbehaving. The constable had complained that the tourist was using foul language while his car was stopped for checking documents. Following it, the constable was line-attached and the SP, Shimla, Mohit Chawla ordered an inquiry.

Some incidents have also been reported from other districts as well, and such altercations are becoming common occurrences after the state re-opened for tourism.

Protests Erupting in Himachal Over Inflation Amid Hike in Prices of LPG Cylinders, Packet Milk, and Fuel