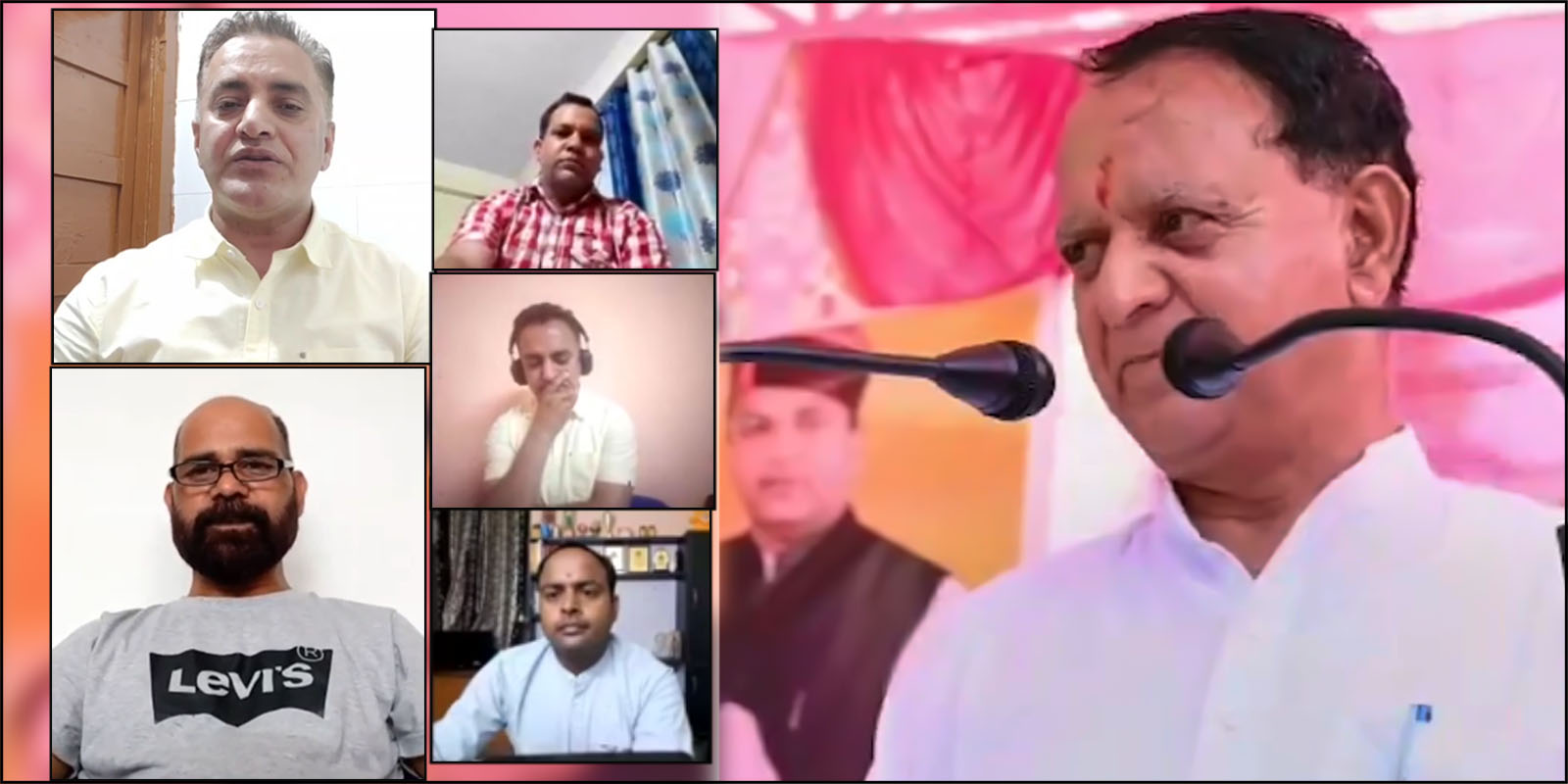 The statement came at a time when the BJP’s national chief, Jai Prakash Nadda, is on a visit to Himachal Pradesh to gauge the pulse of the candidate for the three upcoming by-elections.

The teachers and academic community on Sunday erupted in anger against Mahender Singh’s statement. Members of various associations of teachers said the statement would create widespread acrimony towards teachers.

Reportedly, the Cabinet Minister was addressing a gathering at Banjar, Kullu district, on Saturday. While admiring his ministry for keep working during the pandemic, Mahender Singh was heard saying that most officers only enjoyed their time during lockdowns, especially the teachers, he said, “enjoyed the most”.

Further, what ruffled the feathers was his mocking teachers for being declared front-line workers.

“The teachers enjoyed the most, and now they became front-line workers so that they could get vaccinated first. God knows what work they did,” the Minister said.

The gathering can be heard bursting into laughter at this statement. Earlier, during his address, the Minister was heard boasting about his experience, which he said, would be more than the age of several bureaucrats serving in the government.

On Sunday, clips of this statement got widely circulated on social media, following which association of teachers and academics erupted in anger and issued statements with stern warming to apologize and take back the statement or face the heat from the community.

The members of these associations also held a video conference to deliberate over this contentious statement and made a call to the entire teaching community to join hands to make the Minister apologize for insulting the teachers and alleging that they did nothing but only enjoyed their time.

The President of Himachal Government Teachers Union, Naresh Mahajan issued a statement condemning the comments passed by the Minister and a senior politician.

The President of the Himachal Pradesh Primary Teachers Federation, Hemaraj Thakur, also replied to the comment of the Minister and described how teachers made “Har Ghar Pathshala Scheme” a success despite the fact that the government schools weren’t ready to switch to online at all.

Dr Manoj Shail of the Sanskirt Teachers Council, organized a video conference in which various teachers and members of teaching associations deliberated over the incident. Himachal Watcher has complied a video with the comments passed by the HP Cabinet Minister and replies of representatives of the teaching community.  (Scroll Down for Video)

In this conference, the representatives described how, without any complaint, they spent from their own pockets for basic equipment, like tripod, green board, and to buy better smartphones to execute online teaching.  There are several teachers who provided smartphones to students from economically weak background and took care of expanses on their recharge so that they do not remain deprived from online classes.  They said the Minister’s comments show that he doesn’t have any clue on how the Education Department has been working.

They clarified the widespread misconception that teachers were on paid vacations as the schools remained closed. They said its difficult to teach students online with same efficiency which can be achieved through offline classes in schools.

Further, teachers have contracted infection while performing these duties and one of them even sacrificed his life, they said.

The representatives listed various jobs which were entrusted to them by the state government from time to time, including duty on state boarders/barriers and elections to the Urban Bodies and Panchayats held in April amid the pandemic.

To listen to the complete replies and reactions of teachers, watch the video below: