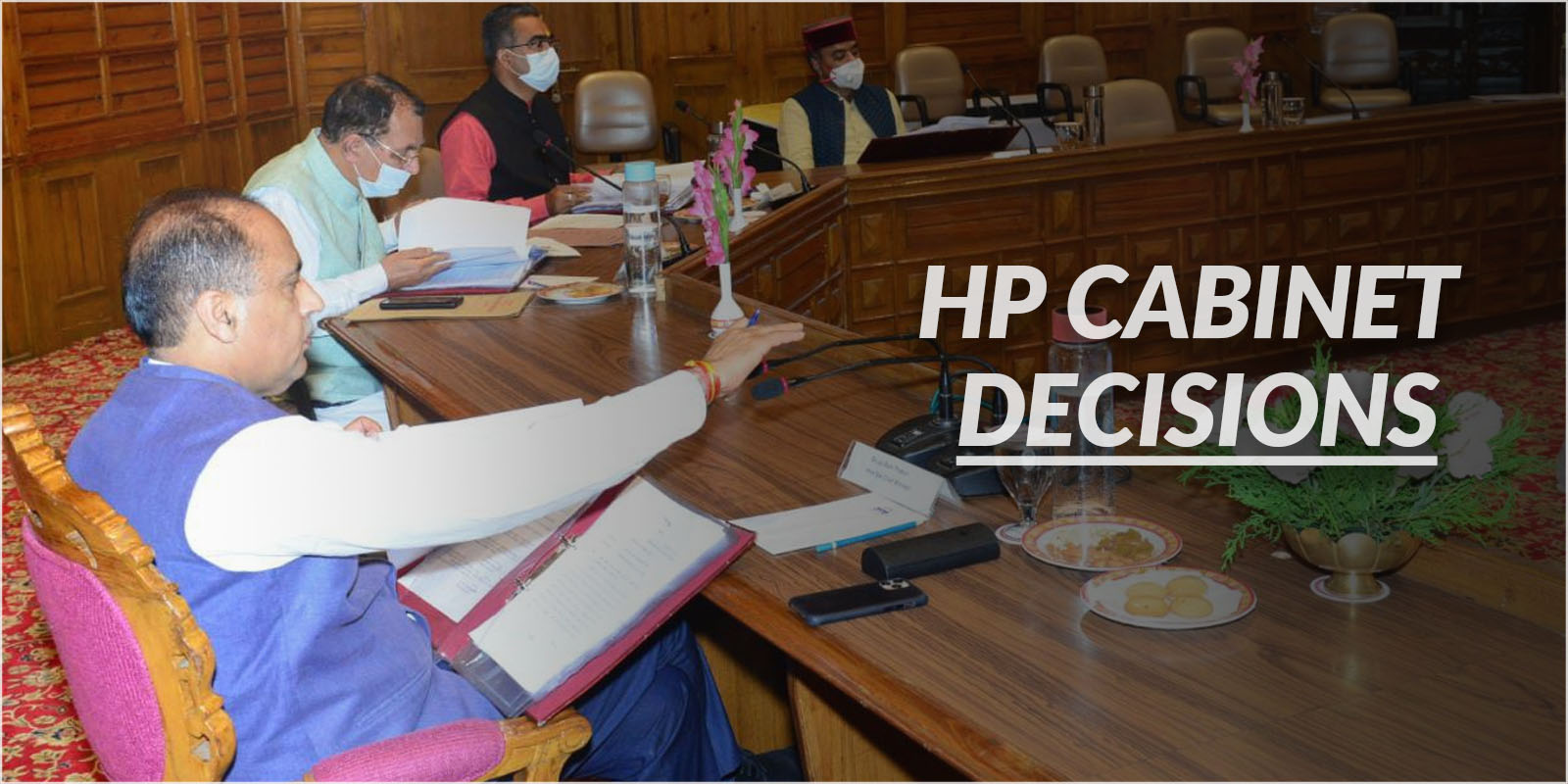 Shimla-The Cabinet meeting of the Himachal Pradesh Government held on June 7, 2021,  decided to increase the limit of gathering in all social, academic, entertainment, cultural, political and other congregations including marriage celebrations. Now, the permitted number of people would be 200 for indoor built-up/covered area. For open spaces, the gathering has been allowed with 50 % capacity of the ground with no maximum limit on numbers.

Covid appropriate behaviour would be ensured by the Deputy Commissioners and Superintendents of Police at prominent tourist places, the Cabinet decided.  It’s pertinent to mention that yesterday, pictures of Shimla and Manali were shown at a press conference of the Centre Health Ministry & ICMR among other tourist stations to warn the states over tourist crowding without following Covid Appropriate Behavior.

The Cabinet also decided to recommend the Governor to convene the Monsoon Session of H.P. Vidhan Sabha from 2nd August to 13 August 2021.

The HP Cabinet decided to promote first-year and second-year students to the next higher class. New and renewal admissions would start in colleges in the last week of July this year and the new academic year for UG classes would commence from 16th August 2021.

Schools would remain closed for students till further orders and online study would continue, as usual, it was decided.

Consent was given to bring children, who have lost their both parents due to covid-19, under the ambit of Mukhya Mantri Bal Uddhar Yojna to provide them monthly financial assistance of Rs. 1500 per month.

The honorarium to ASHA workers was increased from the existing Rs. 2000 to Rs. 2750 per month.

To implement New Education Policy, question papers for class three, class five and class eight will be set by the HP Board of School Education and their marking and results would be declared at the cluster, block and district level respectively. The Cabinet granted six weeks exemption in school internship in respect of Diploma in Elementary Education for batch 2018-2020.

The Cabinet gave its approval to create and fill up two post of Radiographers in Radiotherapy department of Dr. Rajendra Prasad Government Medical College Tanda.

The Cabinet gave its approval to create and fill up one post of Professor of Obstetrics and Gynecology in Indira Gandhi Medical College Shimla.

It decided to create one post of Additional/Joint Director in Fisheries Department in headquarter Bilaspur to be filled amongst HAS officer.