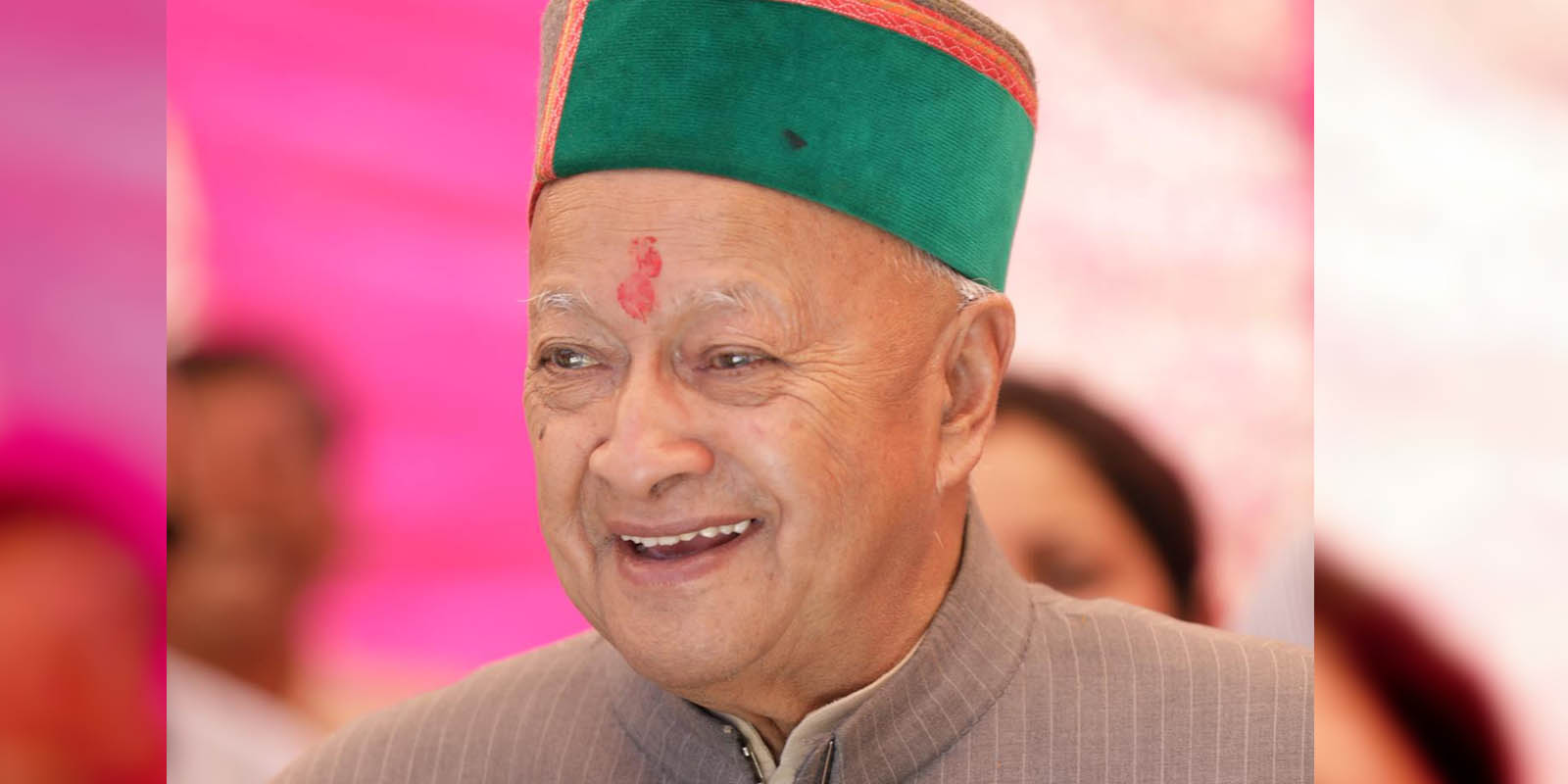 Shimla-Virbhadra Singh – Himachal Pradesh’s most popular leader and the face of the Indian National Congress in the Hill state – passed away today morning at about 3: 40 am at the Indira Gandhi Medical College, Shimla, where he was admitted following post-Covid complications.

Singh was suffering from bad health since he first tested positive for Covid on April 12 but recovered. In June, he was re-infected and had to be hospitalized. He again recovered, but this time, comorbidities and old age conspired with post-Covid complications and led to Singh’s demise this morning. He remained hospitalized for nearly two months.

The IGMC authorities confirmed the report. Singh – a six-time Chief Minister and a five-time member of parliament- has left the entire state mourning as he enjoyed a massive public connect  and appeal. He has also left a vacuum in the party as no other leader enjoys stature as big as Virbhadra Singh.

The Himachal Pradesh Government has announced a state mourning of three days. There will be no official entertainment during this period. All state government offices including Boards, Corporations and Autonomous Institutions except the offices dealing with the essential services shall remain closed on 8th of July, 2021.

The mortal remains of Singh would remain at his residence, Holy Lodge in Shimla, today. Tomorrow, the mortal remains would be kept at the Shimla Ridge Maidan from 9 am to 11 am and then at the HPCC headquarters from 11am to 1pm. Then the family would departure to Rampur. Singh would be cremated on July 10 in Rampur with state honor. A large number of people including leaders and government officials, including Chief Minister Jairam Thakur, paid tribute to the departed soul at his residence. A large number of people are heading to his residence to pay obeisance.

Meanwhile, leaders and ministers from across the nation were paying tribute to Singh- popularly addressed as Raja Ji/ Raja Saheb.

Singh, born into the Rampur-Bushahr royal family on June 23, 1934, studied at the Bishop Cotton School and graduated from St Stephen’s College, Delhi.

He is survived by his wife Pratibha Singh, who is also a former MP, and Son, Vikramaditya Singh, who is a sitting MLA from Shimla (rural) constituency.  Singh had vacated the constituency for his son in the 2017 elections to the state legislative assembly and had fought and won the seat from the Arki constituency.

In his political career, Singh fought 16 elections, of which he lost only twice. He had lost elections in 1977 due to widespread unrest over emergency imposed by the then Congress government. On the second occasion, in 1990, Ram Lal Thakur had managed to defeat him in the elections to the state legislative assembly. Other than that, in 1998, Singh remained Chief Minister for only 18 days as his Ramesh Dhwala, who had won as an independent candidate and joined hands with Congress to form the government, withdrew his support.