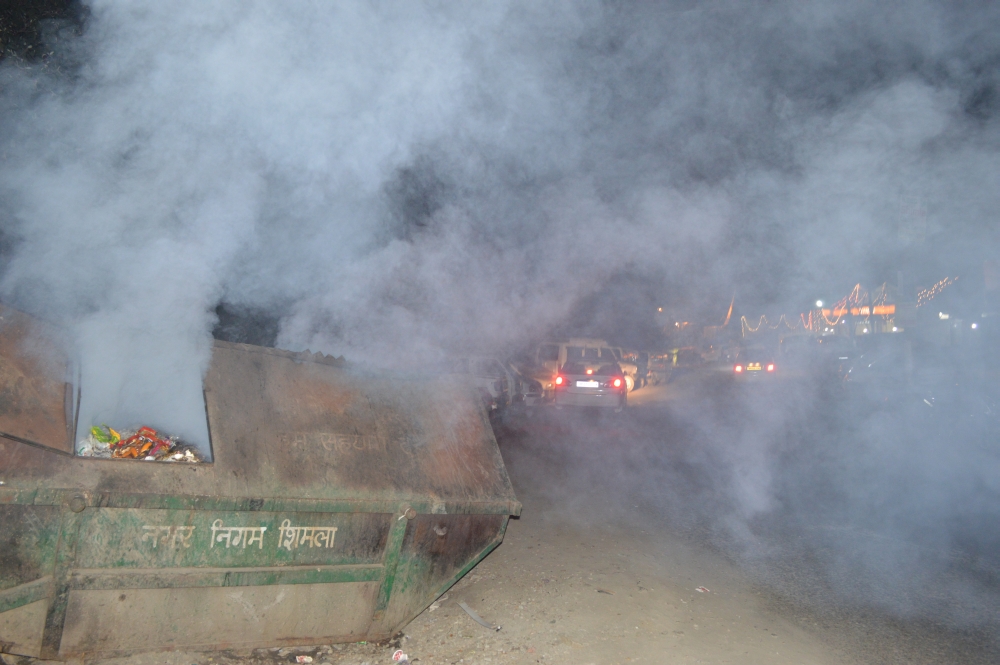 These images are clicked on 26 December 2014 at BCS, Shimla, right in front of Diamond restaurant. The whole dumber full of garbage set on fire. It kept smoldering almost whole night, not just polluting but in decreasing visibility for the drivers. This is what Shimla MC has come out when rebuked by HC for its incompetence in waste management. The sweepers and garbage collectors have started burning garbage including lethal plastic waste almost everywhere. Is that your master plan to make Shimla clean? It’s a heinous crime against the ecosystem. It’s the worse anyone could do on the name of garbage disposal.

The waste treatment plant isn’t working, or say, nothing is working within MC’s jurisdiction. Respected officials, please, resign and let some deserving one do it if you find it beyond your capacity.