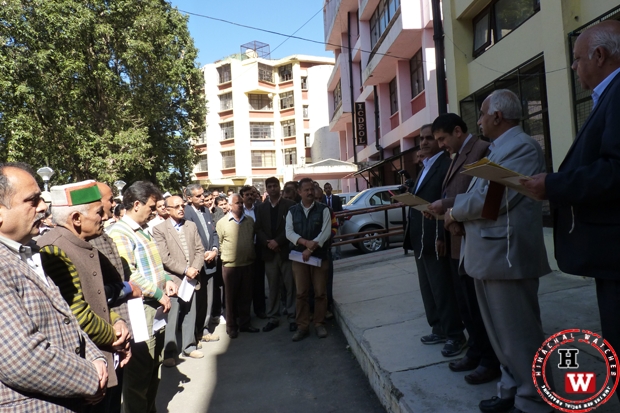 SHIMLA- Today, for the first time, 31 October was celebrated as the birth anniversary of less known accomplice of Mahatma Gandhi – Sardar Vallabh Bhai Patel- the ‘Iron Man of India’. Earlier, for 29 years, it was Indira Gandhi who was remembered on this day. Also, the date goes back to anti-sikh riots of 1984 in which over 3,000 people were killed (mostly sikhs). The families of the victims are still wandering for justice.

As directed by the PM, like every institute or office, Himachal Pradesh University employees and students, who appeared to have been dragged to the VC office, read a text on a paper written under the title, “Rashtriya Ekta diwas Pledge’ (National Unity Oath). Not more than 100 people gathered including teaching, non-teaching staff and students. It’s almost two months that HPU students are suffocating due to the strict police vigilance under section 144. The democratic values and principles were torn apart by the Govt. by misusing the state police. Even the dignity of female students was literally abused by Shimla Police under the command of Shimla Police SP DW Negi. What kind of unity pledge going to change the things when the Govt. is turning our own police against us?

However, as BJP leaders claimed, the purpose was to remind of the need to revive, reaffirm the strength and resilience of India. Although, Sardar Vallabh Bhai Patel was a less known INC leader, but still the congress leaders aren’t happy with the ignorance towards the day when the first and only female PM of India was assassinated. Media, as always, lingered to the one in power and obeyed the directions. They pushed Indira Gandhi to back- pages. With plane faces, devoid of any intrinsic desire to do so, almost everywhere the day was projected to have been dedicated to the Iron Man of India. Narendra Modi is desperate to replace the predators feeding on Gandhian name with his own. He had announced a budget of 2 billion rupees to build a colossal statute of Sardar Vallabh Bhai Patel. We would consider it a waste in a nation where one-third of children and their mothers are victims of malnutrition. Statues always tempted politicians more than the suffering of the people. 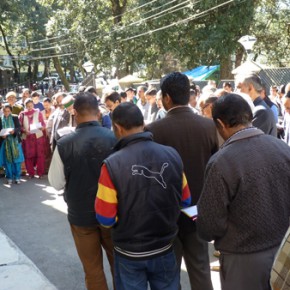 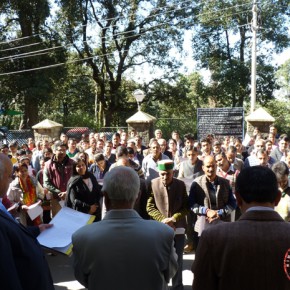 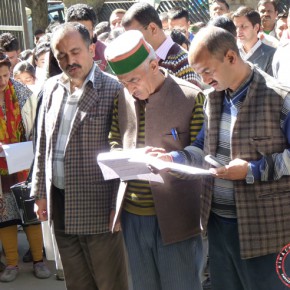 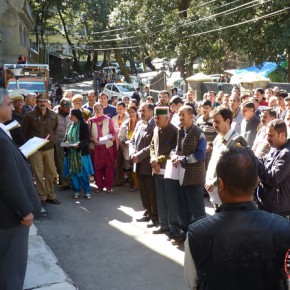 Hypocrisy is the irony of our nation. It’s a political legacy. For example, the new Govt. is claiming to cut down the wastage of money on Govt. officials, political leaders, and their lavishness using public money, and on the same time, today, 100-crore were spent on the oath ceremony of Maharashtra’s new CM, Devendra Fadnavis, at Wankhede Stadium. The PM himself attended the ceremony with other 30,000 present at the stadium. When the opposition criticized this step, BJP justified it by mocking at how Congress looted the state of decades, like it’s their turn now.

Remembrance of the dead with a holiday is commonplace in India. One is reverence of ancestors long after they are dead, but there are some names which are highlighted for their contribution to the struggle against British colonial rule. Some of them are being exploited, squeezed to extreme to juice up political carriers.

However, this year, the trend is set in motion for a change. More than respect and honoring the idols, it’s more a psychological game of association of these idols with specific group of people.

No doubt, the freedom fighters must be remembered for what they gave us – freedom from slavery to the British, but we must not let politicians exploit them for their party or personal interests.

The comprehension of the concept behind celebrating the days after great names has always and is still missing among Indian folks. We are quite sure that no political party, especially the one in power, would actually ever mean to inspire people to unite, because if it happens, then it’ll be a great trouble for corrupt politicians. So, the ‘Nation Unity Day’ or National Unity Run, or the pledge isn’t going to change anything unless and until we wake up from the illusionary world of political dramas.

More than following ceremonies, we need to peep deep into the abyss and try to figure out how to best use the life -experiences of these great leaders.

No Diwali celebraion this year for HPU students