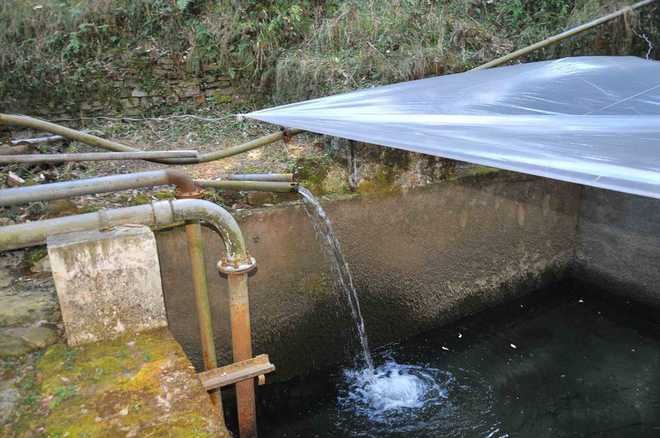 SHIMLA- Water supply pipelines of the Irrigation and Public Health (IPH) Department have got “mixed” with septic tanks in the periphery areas posing a serious threat to several lives.

Six jaundice cases were reported from the outer areas of the city on February 19, while 13 HRTC employees suffered from jaundice recently as they got filthy drinking water at the HRTC workshop.

Poor maintenance of water-storage tanks and the flooding in the Ashwani khud during monsoons have turned out to be major reasons for the outbreak of jaundice in the periphery areas of the capital city, including Maliana, Chamiana, Ruldu Bhatta, New Shimla, Kasumpti, Mashobra, Totu, Ghanatti.

The HRTC water-storage tanks have turned out to be unfit for human consumption, revealed health officials.
The water used for washing buses finds its way into the tanks or supply lines, they said.

“We have taken four samples — one from natural source and three others from the storage tanks of the HRTC — but one sample from the storage tank tested positive for coliform bacteria which is unfit for human consumption,” said Dr Daleep Kunwar, Chief Medical Officer, Shimla.

“The recent jaundice outbreak has exposed the corporation, as it cannot supply clean water tanks to us, leave alone providing water filters or purifiers which are the privilege of managers only, who get all facilities,” resented a worker.

The main reason is private septic tanks leak and contaminate the water supply line,” health officials said. IPH engineers claimed that they issue mandatory warnings to the Shimla Municipal Corporation and residents to clean storage tanks before the onset of summer season.Pumping stations at the Ashwani khud are cleaned and treated regularly,” they claimed.

Doctors said: “The flooding of water sources at the Ashwani khud from polluted catchment areas of city’s drains continue to be hazardous.”

Shimla Mayor Sanjay Chauhan said the water was supplied by the IPH Department.

“But we ensure that the supply tanks on The Ridge and other distribution centres are maintained and cleaned regularly. The sewerage coverage is being improved in the left out areas,” he added.