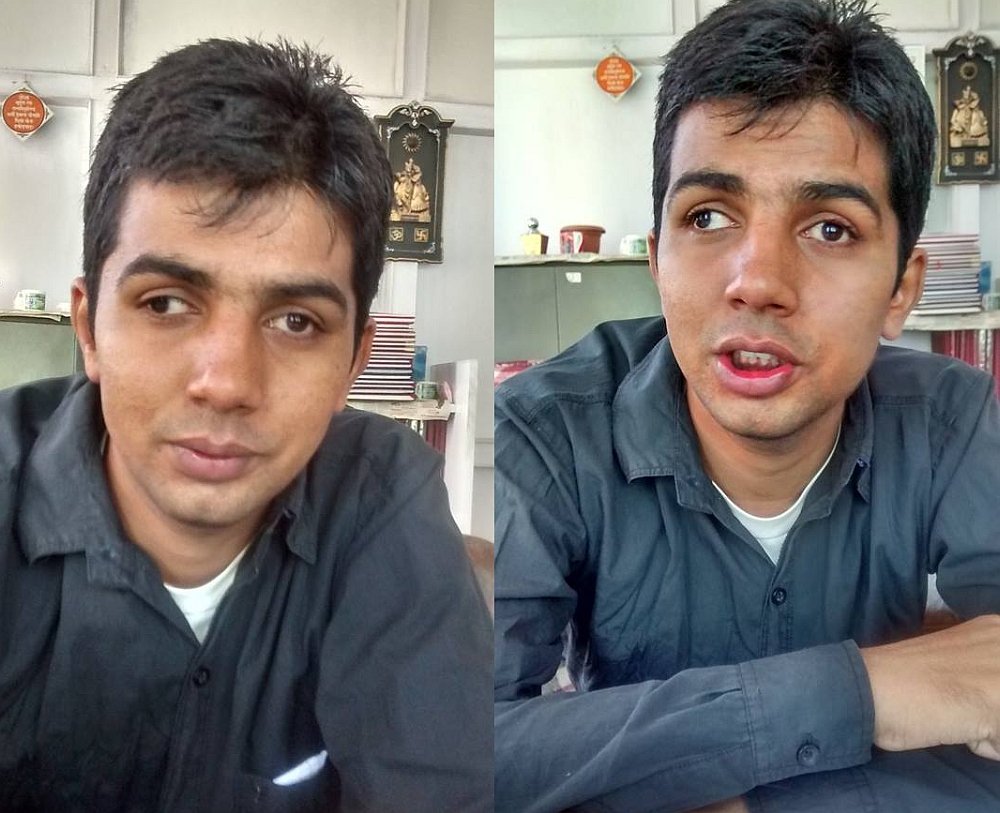 SHIMLA- Umesh Lubana hails from Sirmaur district of Himachal Pradesh. He is completely blind with 100% visual impairment. However, his disability proved to be weaker than his will to educate himself. He is a second semester student at Himachal Pradesh University. He qualified for the UGC National Eligibility Test (UGC) for Lecturship in Political Science in his very first attempt.

Umesh has an incredible academic record. He is the topper of first semester in M.A. Political Science. He secured 81 percent marks both in 10th and 12th class, and was on 98th position in 10th class and 65th in 12th class in the State.

While his B.A. he received Dhirubhai Ambani Scholarship for meritorious disabled students. In B.A., he had secured 74 percent marks.

But that’s not all for him. He is ambitious and aspires to achieve more. Talking of his future plans, he said,

Now this time I will try for Junior Research Fellowship of UGC. But the University should be made disabled friendly. At present it is very difficult for a blind student like me to study as there are no facilities for us.

He gives credit of his success to his parents and teachers, particularly Prof. Ramesh Chauhan and his friends.

Umesh Lubana is a genius student. I had no surprise when he got highest marks in first semester in his class. Lack of sight in eyes has become no hurdle for him in the study as he is doing optimum utilization of the latest technology.

The news was shared with Himachal Watcher by Ajai Srivastava, chairman of Umang Foundation.

While congratulating Umesh, Mr. Shrivastva said he is a very brilliant student and uses Laptop for preparing notes in the class. Umesh is a member of Umang Foundation and he thanked the organization for supporting him in the following words

I’m proud to be associated with the Umang Foundation for the last four years. They have been supporting me throughout in my struggle.

Umesh Lubana completed his 10th and 12th class education from GSSS for Boys, Nahan and B.A. from the Government College, Nahan. His father runs a small business in District Sirmour and mother is government employee. He aims to be a professor in University.

Umesh is really an inspiration for other students suffering from one or other type of physical disability. It’s very unfortunate that Himachal Pradesh Government never showed any interest in attending to the needs and facilities required to educate such children.

Before that, Mr. Shrivastava fought a series of battles with HP Govt. to provide secondary education, special teachers, and hostel facility to disabled students from around Himachal.

The condition of the school for blind children in Dhalli, Shimla is not hidden from anyone. So far, the HP Govt. has not given any serious thought to the special needs of disabled students.

Similarly, Home for Destitute Women in Mashobra is in pathetic condition and Ajai Srivastava had recently exposed inhuman treatment of inmates too.

Then, an RTI filed by an RTI activist,Dev Ashish Bhattacharya, revealed that HP government has not constructed even a single shelter for homeless despite allocation of funds from centre.

According to an Article in the Times of India:

The reply received from the PIO-cum-joint director urban development department has revealed that, as on date, not even a single shelter has been constructed in the state and that the state received Rs 6,04,45,000 as on March 30, 2015.

The article further adds that in total, Rs 1,08,00,000 was transferred to 10 municipal corporations in 10 districts. But the joint director, urban development, failed to provide information regarding the utilization of the remaining Rs 4,96,45,000.

So, what is troubling the government now? They have funds but still they are not attending to such critical issues that need immediate attention.

There is no clue about mental health facilities. A few days ago, we had published an story of two mentally challenged destitute persons wandering on Sundernagar roads and eating from garbage. Despite official requests and information from a social welfare organization in Mandi, the district administration has not even provided temporary shelter and food to them in two months.