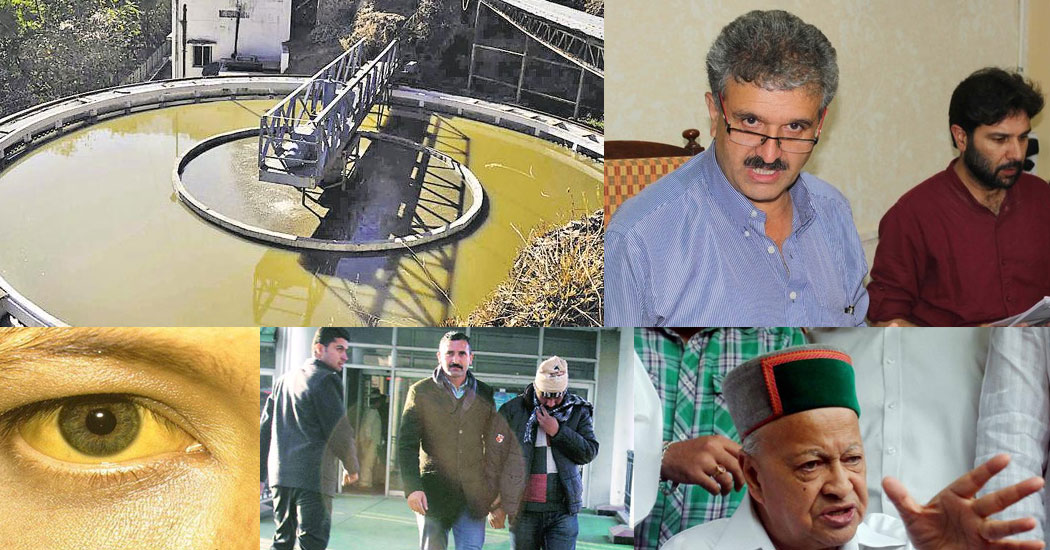 SHIMLA-  The recent outbreak of jaundice in the State capital that resulted in the hospitalisation of thousands with hepatitis-E cases and the subsequent downplaying of the epidemic by the Congress-led government has snowballed into a game of passing the buck from one department or ministry to another with varied political interests.

While the Mayor and the Deputy Mayor of the local Municipal Corporation belong to the CPI(M), the majority of the councillors represent the BJP and the Congress. The Shimla MLA also belongs to the BJP.

The entire water sources of the State are managed by the Irrigation and Public Health Department, while the distribution of water is handled by the Municipal Corporation. The blame game started after drinking water from Ashwani Khad was contaminated by leaking sewage water from one of the sewage treatment plants (STPs) in the town. This drinking water source caters to a large section of the population in the eastern areas of the town.

After shifting the responsibilities from one department to another, cabinet ministers also started issuing contradictory statements against each other on water supply and sewage system in the town.

The Urban Development Minister has clearly stated that the STPs being run by the IPH department are redundant, ill-planned and non-functional claimed both the Mayor and the Deputy Mayor.

They also termed as “ridiculous” the Urban Development Minister’s allegation that the Shimla Municipal Corporation “did not prepare” any plan to resolve the problem of potable water and sewerage system.

Whereas, under the Atal Mission for Rejuvenation and Urban Transformation (AMRUT) Mission and the State Level Implementation Plans (SLIPS) prepared by the Corporation, the sum earmarked for the purpose is Rs. 52.94 crore for 2015-16, including Rs. 46.28 crore for Water and Sewerage schemes alone, which amounts to 93 percent of the total amount till March, 2016, they said.

The Government of India had released Rs. 15.58 crore for the purpose, but, surprisingly, the money lies with the State government and has not been released to the MC as per the AMRUT guidelines, they alleged.

The Mayor and Deputy Mayor urged the Urban Development Minister to question the IPH minister about the “ill-maintenance and inefficient running” of the STPs, instead of the Corporation. The State government has already withdrawn the Jawaharlal Nehru National Urban Renewal Mission (JNNURM) project from the MC, giving it to the IPH department. However, in a letter written to the Chief Minister, IPH minister Vidya Stokes said the ministry has not received any sanctions for running the project.

The Minister also said the sewage system was run by the Municipal Corporation and that only one-third of the households were connected to a proper system. The government has failed in managing the sewage connections and this water goes to the drinking water sources.

Expressing surprise at the conflicting statements, the Mayor and the Deputy Mayor have called for the Chief Minister’s intervention for supply of clean potable water for the public. They have also lodged an FIR against erring contractors of the IPH department. About a dozen IPH officials are already behind bars for supplying contaminated water to residents in the State capital.