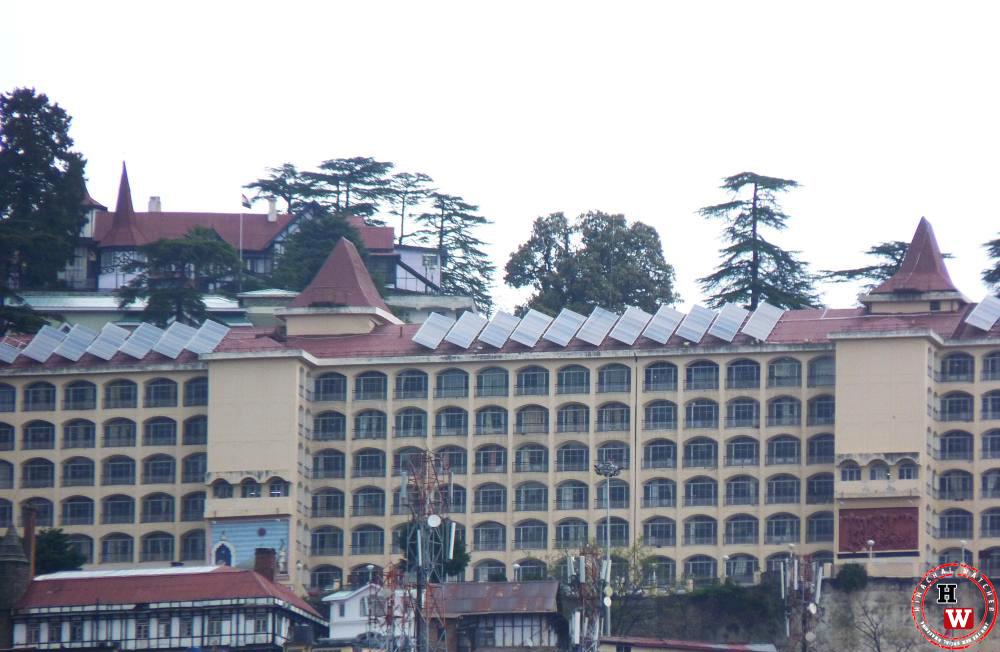 SHIMLA- The people of the state can have access to the new and clean renewable source of energy in the form of Solar Photovoltaic lights (SPV) at 70% subsidy as per the guidelines of the Ministry of New and Renewable Energy (MNRE), said Chief Minister Virbhadra Singh while presiding over the meeting of governing body of HIMURJA here today.

The people opting for grid connected roof top solar panels-power plant were being given 70 percent subsidy and the surplus power could be further sold to HPSEBL at the rate of Rs 5 per unit, which would also add to the income of the individual besides using the free solar power, he said.

Two solar cities were being developed in the State at Shimla and Hamirpur. Final master plan for development of Shimla and Hamirpur cities as solar cities had been approved by MNRE, Government of India. Under the project 15 kWp Power plant had been commissioned at Panchayat Bhawan and 20 kWp at Old Bus stand in Shimla. To install 20 kWp Solar power plant at the Ridge, approval was awaited from Heritage Committee and 1790 SPV home lights for slums around Shimla were in process of distribution.

Apart from this, efforts were afoot to install wind energy plants in Dalsah in Kullu, Bharmour in Chamba, Arsu in Kullu, Dalhousie in Chamba, at Kalp, Moorang and Pooh in Kinnaur, Kaza, Keylong, Lingti in Lahaul and Spiti, Dharamsala in district Kangra and Chopal in Shimla district, he added.

So far 1,422.5 kWp capacity have been commissioned at different locations in the state which include 200 kWp at Baru sahib, 10 kWp at Rancer island in Kangra, 426 kWp at various police stations, 350 kWp at IPH department building in Kangra, 82 kWp for individuals at Spiti, 100 kWp at HP secretariat, Shimla and 100 kWp at HP High Court.

To empower the people in remote and rural areas of the state with 24×7 power by way of centralized solar power supply, HIMRUJA under the general scheme for individuals would provide 1 kWp each upto 168 kWp initially. So far 46 supply orders had been placed in addition for tribal areas, he said.

Still, there were few off-shore habitations in very remote and tribal areas which were facing low voltage problem and untimely disruptions. The solar power was the only alternate for electrification of these left-out hamlets which will provide un-interrupted power through decentralized solar photovoltaic applications.

Unlike hydel the solar energy was more perennial and equally distributed across the state and it was prudent to have an energy mix rather than single source and hence coal and gas based sources should be substituted with clean and renewable sources for reliability and security.