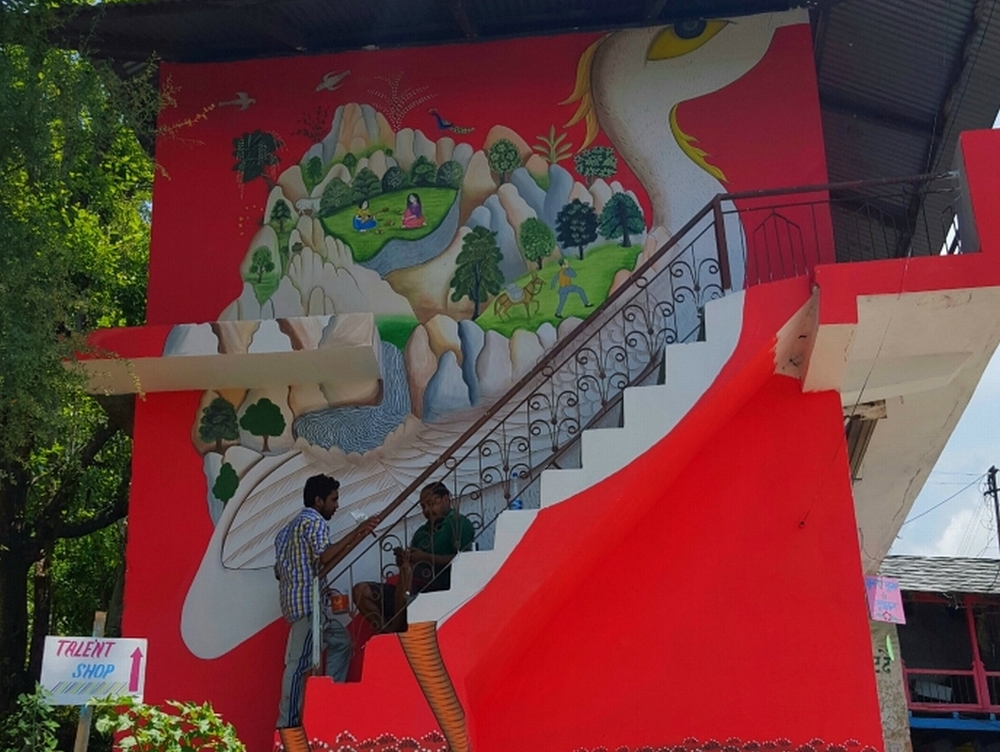 KANGRA- A remote village of Himachal Pradesh, Gunehar, located in Bir, Kangra Valley is hosting ShopArt ArtShop (SA AS) – a unique conceptual arts project that brings out emerging artists, alongside established artists, to this remote village for a month-long project ending in a week-long festival of arts, culture, exhibitions, movies, fashion shows and drama. 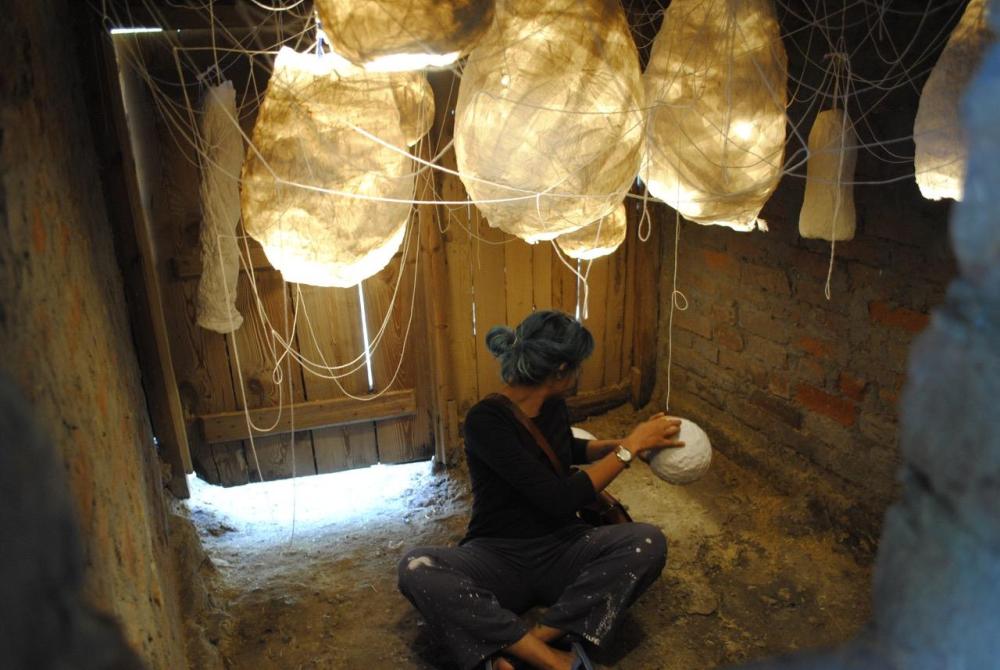 The fun part is that these acknowledged contemporary artists spend 30 days living among the rural people and, meanwhile, transform the entire village into a large canvas where these artists undertake various art projects depending on their respective fields. It could include anything from graffiti art, short films, cultural or local food exhibit to movie show. The entire village becomes a complex during the last week where each artist has his month long work of art on display. The villagers have taken to fondly calling SA AS 2 their own ‘mela’. 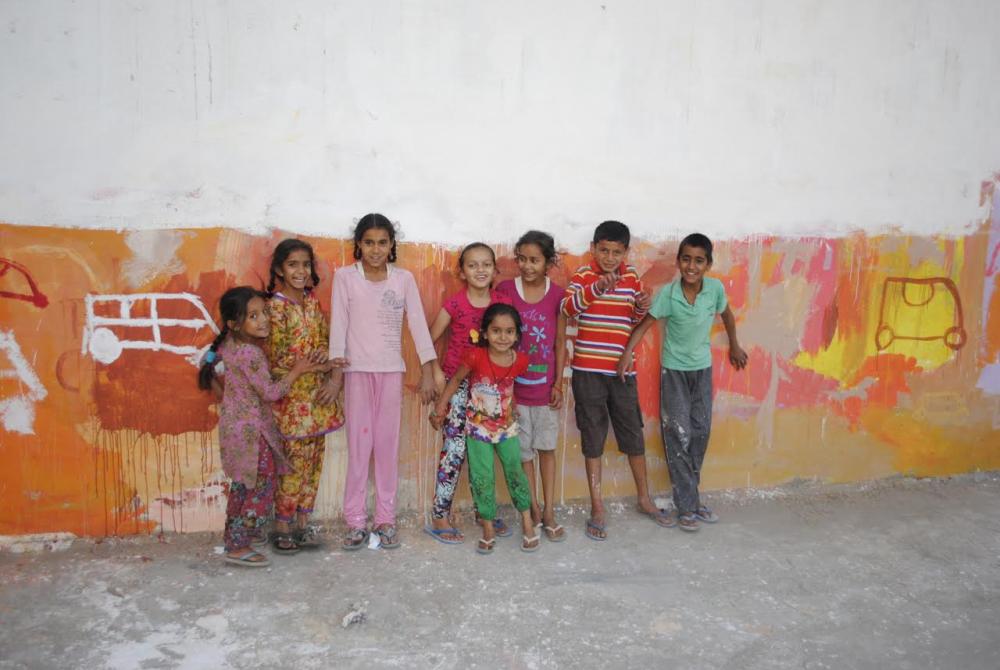 The village had hosted the event for first time in 2013 which had brought together 13 contemporary artists for the month-long arts event to Gunehar, creating quite a ‘buzz’ among art insiders. 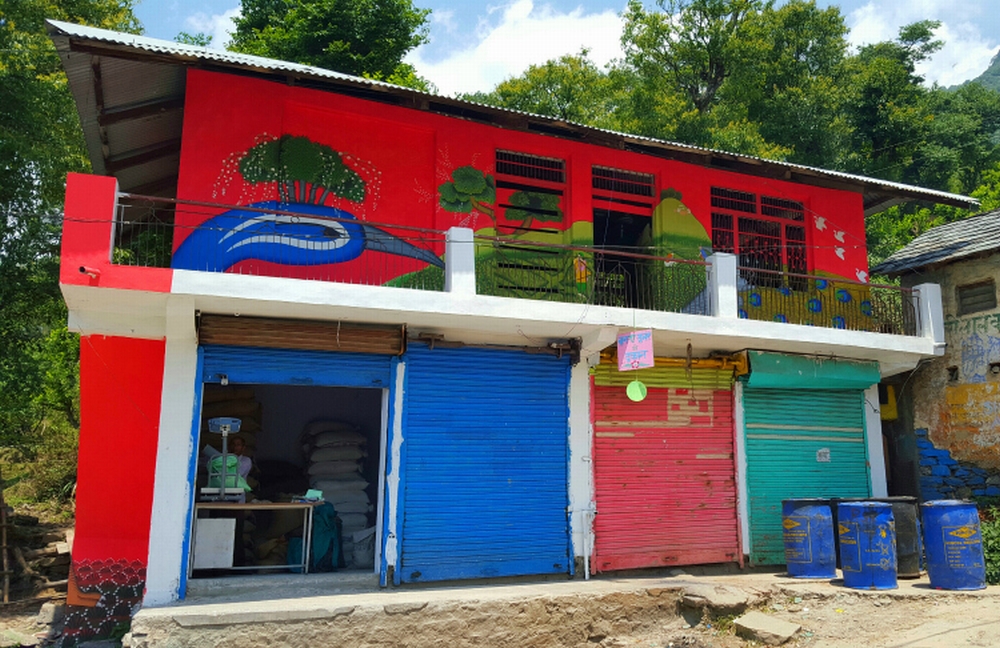 This year also witnessed  internationally renowned artists like Ketna Patel, Puneet Kaushik and Vibha Galhotra among others. Now, all the village along with villagers is gearing up for week long festival from June 7 -14. 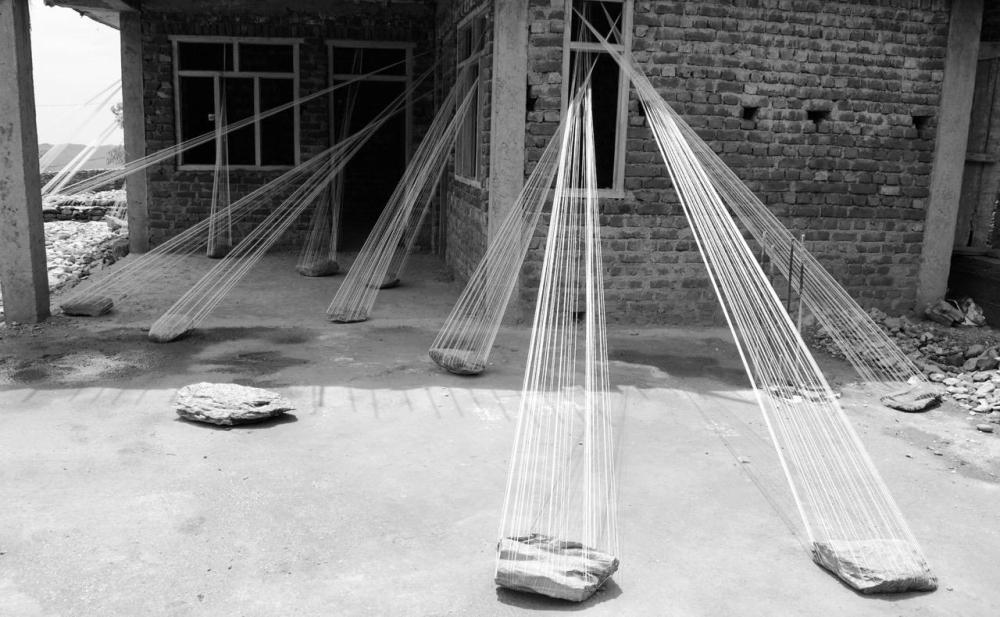 ShopArt ArtShop is first to present art beyond the confines of the contemporary city-based art scene. It offers an opportunity for artists to come together in a fully-funded month-long residency organised by the 4tables project, where they are free to experiment in the unique environment of the village, explore new methods, and for emerging artists to receive the support and mentoring of seasoned practitioners.

These artists do not operate in isolation from the village and the villagers, but rather are encouraged to engage with ‘hosts’ as much as possible. New bonds and relationships are formed across many divides, giving everyone who touches the project and is touched by it new thoughts and emotions about art and about the village as a venue for it. The resulting art works reflect the ability of artists to transcend boundaries between rural-urban, traditional-modern, national-global. 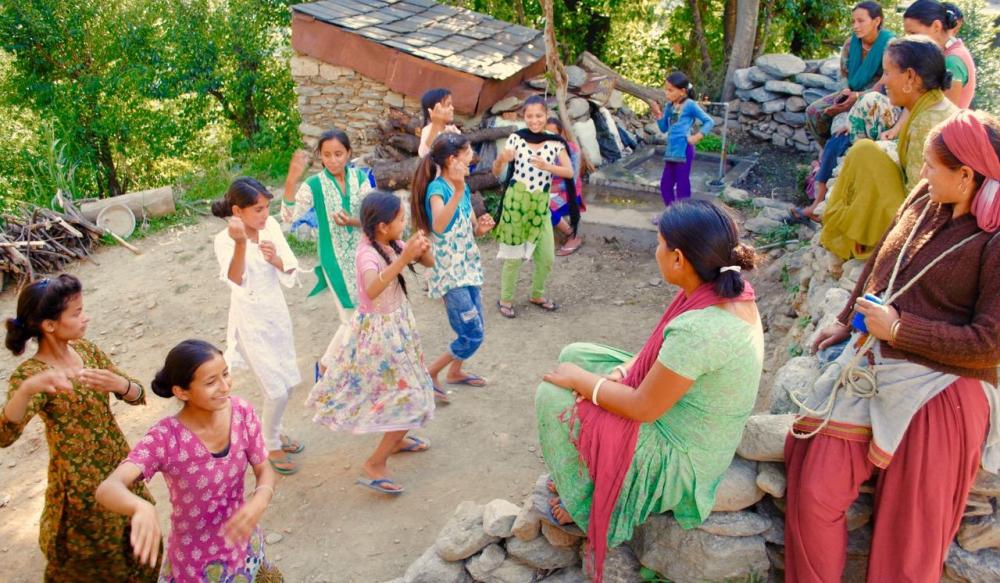 For this year’s edition, among others,SA AS 2 is features, internationally renown artists Ketna Patel, Puneet Kaushik and Vibha Galhotra! and Puneet Kaushik as co-organisers, alongside Frank Schlichtmann, the initiator of the event. All have worked tirelessly to bring the latest edition to fruition. 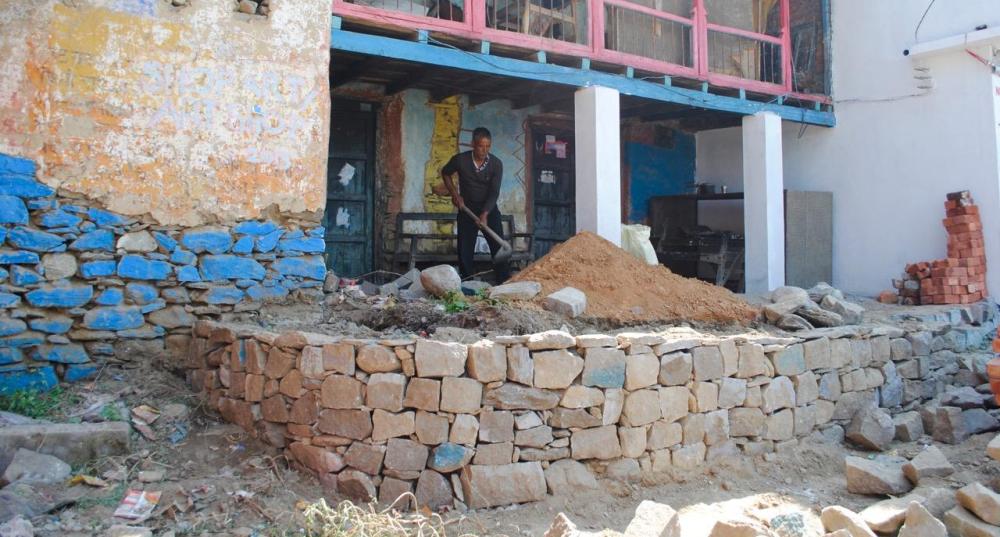 A group of other excellent artists such as Mudita Bhandari, KM Lo, Gargi Chandola, Sheena Deviah, Amrit Vatsa and others compliment the great cast of artists with their contemporary disciplines and concepts. 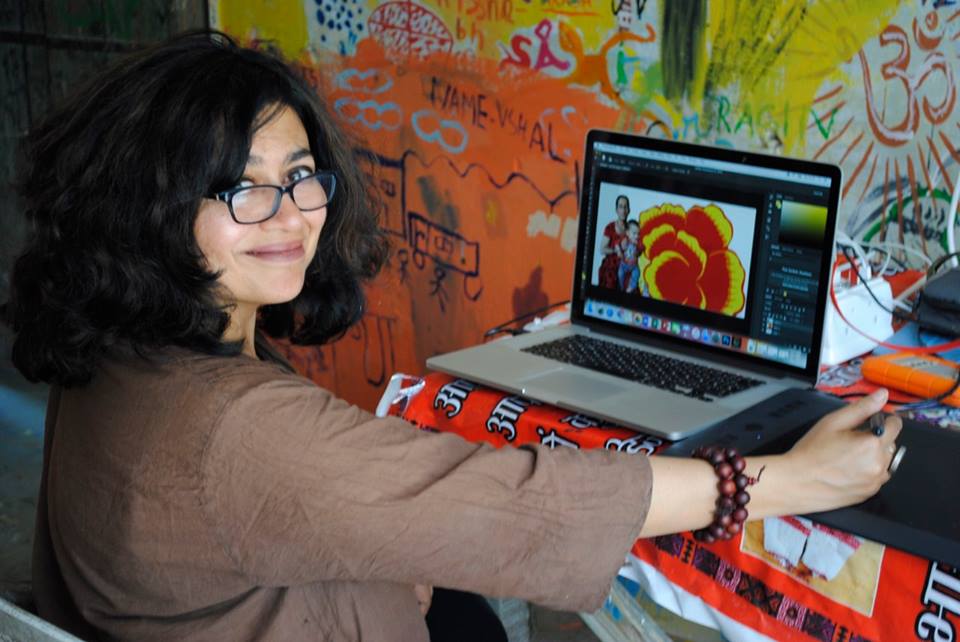 SA AS 2 also features an innovative and interactive netart platform -Virtual Village, which can be visited virtually via official website of ShoP Art Shop

The project is now well underway and ready for the festival  starting from 7-14 June, and is inviting artists and villagers to visit and witnessed amazing combination of rural socio-economic setup and various works of arts. 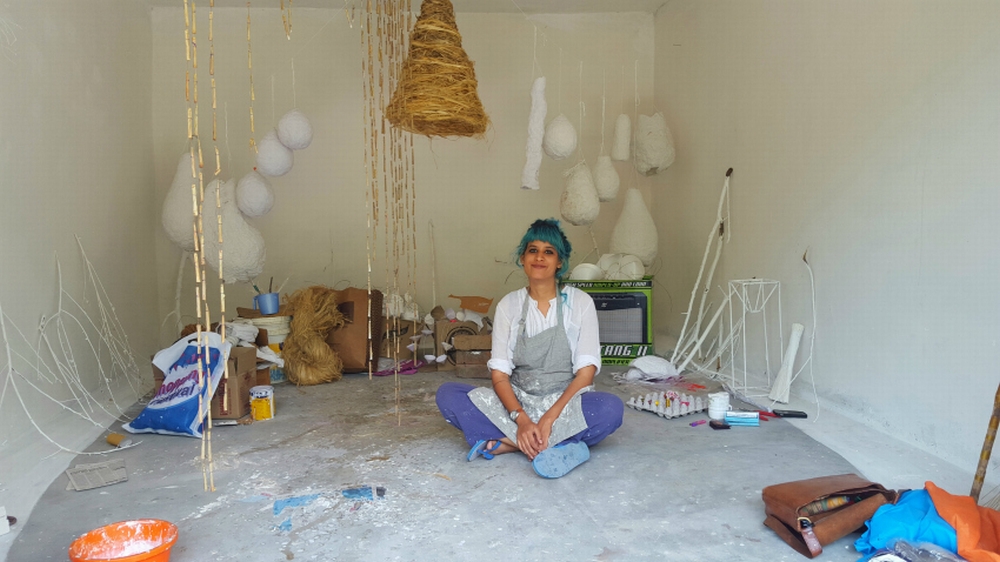 Video: This is how BSNL (SDA Complex) disposes of its garbage daily