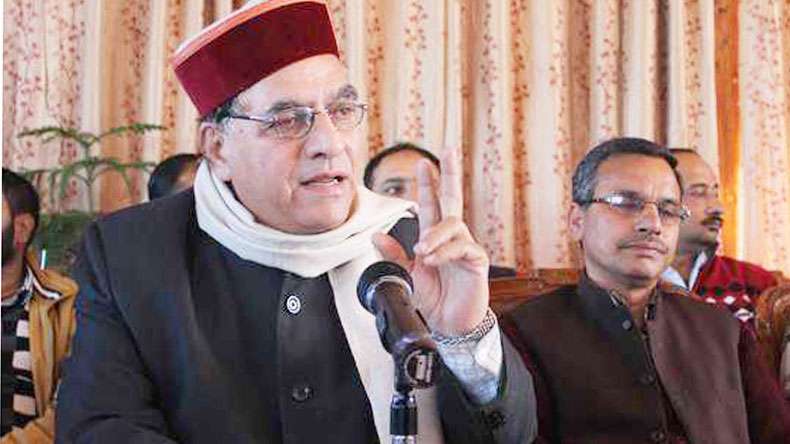 SHIMLA- Indian public and media that was busy in criticising the government for deceiving  ex-army personals after one of them committed suicide over One Rank, One Pension, arrest of Rahul Gandhi, ban on NDTV telecast etc. is now focused on the decision taken by the government to withdraw Rs. 500 and Rs. 1000 notes from economy. BJP leaders have already began to celebrate the decision claiming it to be a victory of good over evil and like all the black-money is back now. BJP leaders from Himachal, too, have issued media statements and congratulated the Prime Minister Modi.

Former RS MP and presently MLA Shimla Suresh Bhardwaj congratulated the Prime Minister calling the decision as patriotic and philanthropic step to demonetize Rs.500 and Rs. 1000 rupee notes from the Indian Economy. Bhardwaj believes that many evils are already erased by this decision.

However, Communist Party of India CPI (M) has claimed it a political posture that would not yield results in unearthing the black-money stacked in overseas Swiss bank accounts.

Modi has annihilated the nefarious designs of the sponsors of cross border terrorism i.e. Pakistan., he said. Pakistan has been a key exporter of counterfeit currency to India and were funding all these terrorists activities mainly through this fake currency and that also in these denominations. Now  terrorists will face a liquidity crunch.

The decision, he presumes, would hit the the agents / supporters of these activities in India too. These agents were involved in trading of drugs, narcotics and other illegal commodities, he claimed. Since none of the illegal activities involves banks therefore all these transactions took place in these denominations because of the amounts involved.

He believes the PM (not the Govt.) blocked the obnoxious activities of such criminals and this step will go a long way in curbing the drug abuse threat which is looming large on the youth of the country especially Panjab and Himachal Pradesh.

He further stated that discontinuation of these currency notes has dealt a heavy blow to the lobby financing the elections of the states. In Uttar Pradesh alone an expenditure of 15000 crores was estimated in the ensuing assembly elections. Now the role of black money in elections will be reduced drastically and people will choose a government without undue influence of money power, he claimed.

PM has conveyed a very stern message to the people who have been taking the law enforcement agencies lightly, he said. The PM has also hit the lobby of persons who were holding the country to ransom by hoarding essential commodities like onion , sugar etc.

Similarly, other BJP leaders from Himachal have also hailed the decision and are already celebrating it.

Himachal Ayush Fair 2016 to be organized at historic Shimla Ridge