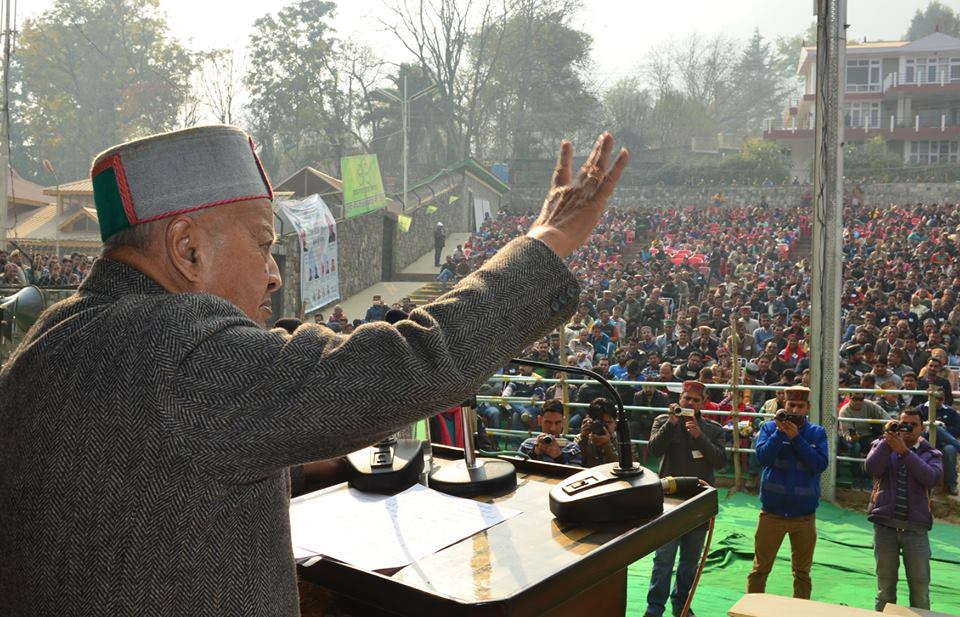 SHIMLA- Ahead of HP Assembly Polls in 2017, the CM presided over the 11th annual convention of Koli Kalyan Board, in Kullu on Thursday. The CM assured the people that stringent measures would be taken against those found guilty of racial discrimination and showing indifferent attitude towards children of low castes, particularly in schools by differentiating them with others.

Anyone found indulging in the crime and indifference towards such children would lose his job immediately. This applies to all government schools and other institutions of learning, he said.

All children will sit, study and eat together and anyone found discriminating the children on basis of caste, colour, region or religion would be fired from the job,

The Deputy Commissioner was also given directions to ensure that any such incident does not take place in their respective districts. He said that if anyone reports any such incident, strict action would be taken against the defaulters by the government apart from the punishment under law.

Though, the government claims successful eradication of caste-based discrimination, it is true that such cases did come into light recently. In fact, the Chief Minister Virbhadra Singh had presided over the first ever meeting with H.P. Koli Welfare Board and H.P. Sant Ravidass Kalyan Board in February 2016 in which he had received serious complaints from the Koli Samaj and Ravidas community regarding discrimination with the students of Scheduled Caste communities in serving of mid-day-meal in some schools and Anganwadi Kendras in the State.

He had warned that it is a criminal offence and action will be initiated against those teachers or Anganbari Sahayikas/workers who were found guilty as per the law. He had even directed to serve the mid-day-meal to the students roll number wise so that no student feel humiliated.

The CM claimed that gone are the days when the people use to draw a line parallel between higher and lower castes, he said adding that the people belonging to low caste were not allowed to enter the religious places and participate in religious ceremonies of upper caste people.  The temples are open to all in the State. People of any region and religion can pay their obeisance at any temple owned and controlled by the government, he said.

We do not discriminate and divide, but believe in taking everyone along. We do not believe in casteism and the government was working equally for welfare of all, he said.

Congress believes in secularism and this was the basis of development of the country, the CM said.

The CM assured that the government would construct Raghunath Temple in Kullu, which would be open to all and not a private temple as being claimed by a royal scion of Kullu.

Taking a jibe at sitting Kullu MLA, the Chief Minister said, ‘Bhagwan Sabke hain, kisi ek Vyakati Ki sampati nahin’ (God is of everyone and not a private property of an Individual) especially when it is the presiding deity of the people of Kullu valley. The government would construct a huge temple of Lord Raghunath, he said giving direction to select a suitable place and land for the same.

He stated that the Koli samaj should provide a suitable piece of land for construction of Ambedkar Bhawan in Kullu and the government would provide adequate assistance.

Saying ‘Jai Shri Ram’ does not make one a ‘Parama Bhakta’, Bhagwaan not a BJP patent: Himachal CM