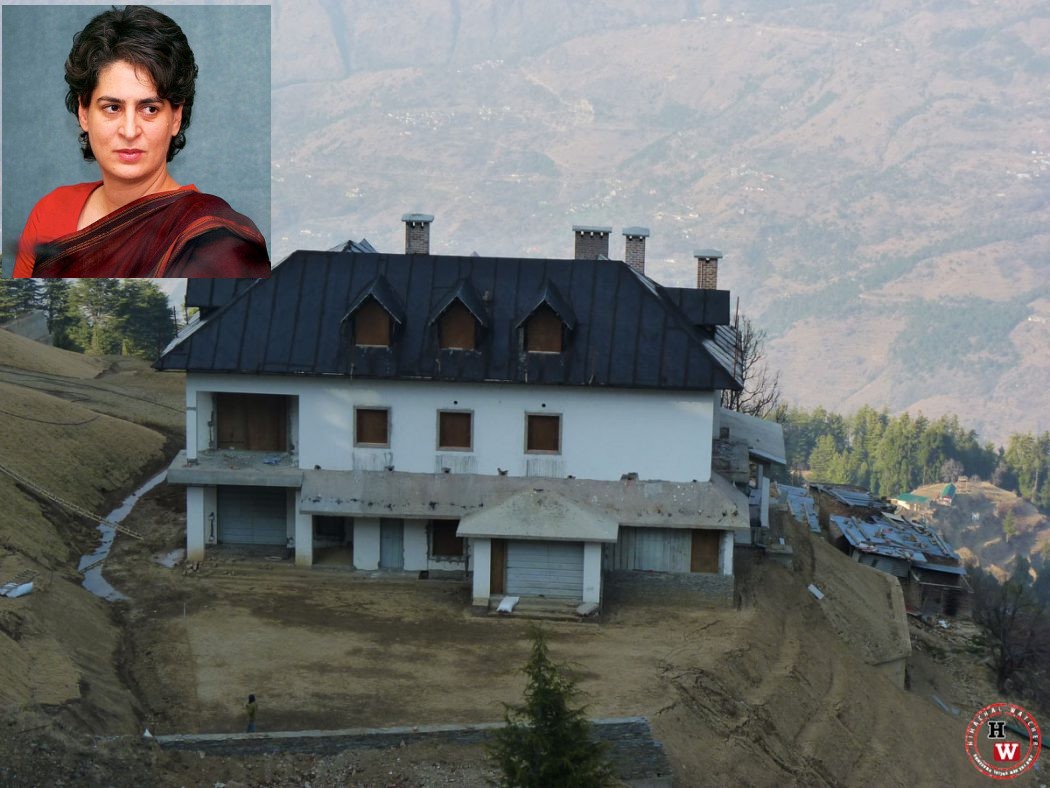 SHIMLA- In high-profile case of land purchase by Priyanka Vadra in Shimla, RTI Activist, Dev Ashish Bhattacharya, has again written to the Chief Justice of Himachal Pradesh High Court criticizing clean chit given to its Public Relation of Officer, Sanveev Sethi, without proper and fair probe.

In July, the activist had alleged the PRO of leaking court orders prior to scheduled date, which had led to misinterpretation by newspapers along with causing damage to reputation of the court.

Correction: Priyanka had purchased three-and-half Bigha of land, not 4.45

The activist had sought the details of Priyanka Vadra ‘s Shimla land purchase deal under RTI Act 2005, which was challenged in the High Court. An order passed by court during one of the hearings of Civil Writ Petition (CWP -3144/2015) on July 28, 2016, the activist had reported leak of court’s order to journalists one day prior to the scheduled date and had written to the Chief Justice reporting the same.

On the basis of his complaint submitted on July 30, 2016, an inquiry was conducted by the LD. Deputy Registrar-cum-Special Private Secretary, said the activist.  The PRO was given clean-chit without recording the statement of the complainant (the activist). The activist called it against the principal of natural justice as it denied the complainant from registering his statement against the accused.

The procedure of the inquiry being conducted by the LD. Deputy Registrar-cum-Special Private Secretary to the Hon’ble Chief Justice was totally against the basic rules of the Natural Justice. I was not involved in the said inquiry and without giving me any chance to represent my side uncalled for observations were put on records and a clean chit is granted to the PRO of the High Court,

The activist also alleged that he was not informed regarding the results of the inquiry and had to file an RTI to obtain the same.

The Ld. Dy. Registrar, Prem Chand Verma did not even send me the outcome of the said inquiry and I had to obtain the same by invoking the provisions of the RTI Act 2005,

the activist further stated in the letter.

The PRO, in his statement, reasons that anyone can temper with details of e-mails sent through Google (G) Mail. However, the registrar didn’t confirm the truth by seeking details of the sent mail from the service provider (Gmail), he further said.

The activist rubbished the allegation made against him by the PRO in his statement that the details of time were tempered with.\

Google authorities should be involved so that it is ascertained that at what level the tampering of the mail, if it happened, took place,

pleaded the activist to the Chief Justice.

I strongly deny the said observations of the Dy. Registrar and request him to hand over the case to the Cyber Crime Cell of the Himachal Pradesh Police so that the exact fact can be obtained from the Google authorities,