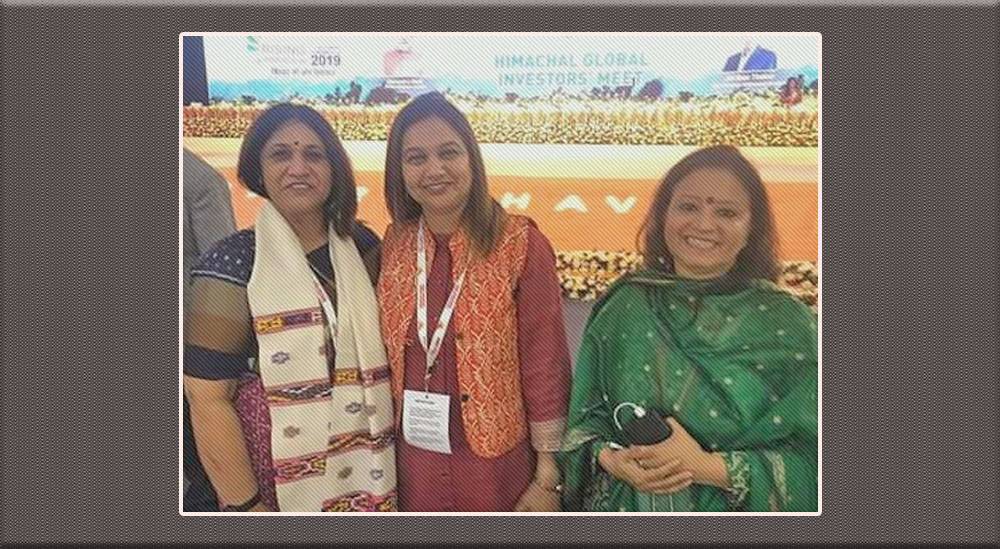 Shimla-The Member of Himachal Pradesh Public Service Commission, Rachana Gupta, who has been in controversy over her appointment, is again in news. This time, an RTI activist has written to the Governor of the State, Bandaru Dattatreya, pointing out the presence of Gupta in recently held Global Investor Meet, Dharamshala. A picture of Gupta with the wife of the Chief Minister Jairam Thakur at the event was also attached with the letter.

The activist has termed the event as political dominated in nature where prominent leaders of the party were present.

The activist, Dev Ashish Bhattacharya, in his letter, has asked whether Gupta had obtained any permission from the Chairman, HPPSC, to participate in the said event.

The activist also raised a question whether it was appropriate for a member of HPPSC to participate in any politically dominated meetings or events.

said the activist in his letter.

He said such participation of an HPPSC member would only erode the sanctity of the Commission in the eyes of the candidates and their parents who take the competitive examinations. He also said that such an act would also lead to erosion of the faith that the candidates have in the HPPSC.

The activist said that already a complaint is pending in the office of the Governor relating to criminal case Gupta was facing at the time of her appointment as HPPSC member. In July 2019, Gupta had to obtain bail from the Joginder Nagar court, the activist said.

Referring to the well-known proximity of Gupta with the family of the Chief Minister, the activist said that she was appointed within a very short span of time right after the Jairam Thakur took over the government. A special vacancy was created for her despite the fact that at the time of her appointment there was no such vacancy.

The activist has requested the Governor to initiate an inquiry into the matter and remove Gupta from the membership of HPPSC “in the interest of justice to the candidates who appear in various competitive examinations being conducted by the institution.”

At the time of her appointment in January 2018, the activist had alleged that the Bhartiya Janata Party allegedly created and filled two seats of the member of the HP Public Service Commission by violating the orders of the Supreme Court regarding the proper procedure to make an appointment on such positions.

In addition, two posts were created when all three posts were already occupied, the activist had alleged.

In July 2019, Gupta had filed a defamation suit against a the activist for allegedly tarnishing her image and reputation by posting wrong posts on Facebook.  She had made claim of Rs 1 crore from Bhatacharya.