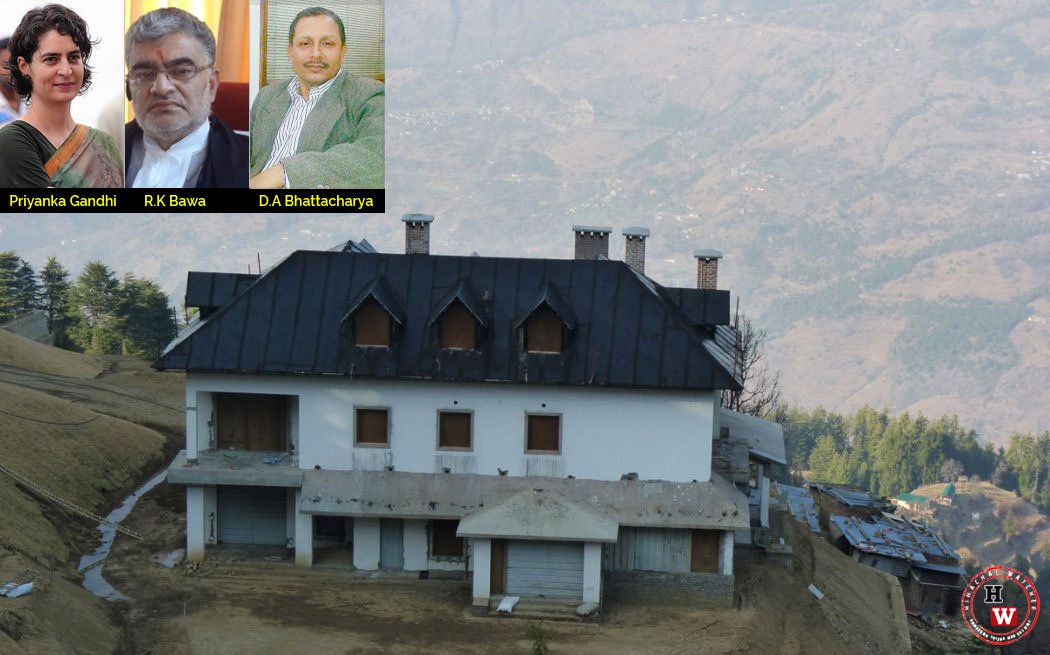 “The presiding High Court judge in the case was compromised due to a “conflict of interest” as his wife had contested the election for Shimla Municipal Corporation in 2012 on a Congress ticket.”

SHIMLA- The Himachal Pradesh High Court has appointed a senior advocate, Raman Kumar Bawa, and an assistant as amicus curiae to represent the RTI activist Dev Ashish Bhattacharya in the ‘Priyanka Vadra land deal case’. The high-profile nature of the case has made things difficult for the RTI activist, who had sought details of the deal via which Priyanka, a non-resident of Himachal, was allowed to buy land in Charabara, 23 km from capital town Shimla.  The activist filed the RTI on July 2, 2014 seeking file noteings, copies of the sale deeds, relaxations etc.

Reportedly, the previous lawyer, who was representing the case in the court, had declined to fight the case any further. The reason remained unknown and the lawyer referred to personal reasons, which he didn’t discuss with the activist.  Thereafter, no lawyer in Himachal dared to accept the case and represent the activist.

In between, a lawyer from Chandigarh expressed his will to represent the case in the Himachal HC, but was not allowed due to legal reasons.  The activist then pleaded assistance of the HC itself to bring the case to logical conclusion and do the justice.

The court has appointed senior advocate R. K. Bawa who will be assisted by advocate Jivan.  Reportedly, Bawa has served as the Advocate General during BJP government.

Interestingly, the RTI activist was not made aware of this decision to appoint amicus curiae by properly informing through any official mean. He had to file another RTI to obtain the progress in the matter.

The Section 118 of the Land and Tenancy Reforms Act, 1972 prohibits sale of the land to non-resident or outsiders except for agricultural purpose. However, Priyanka built a lavish Bunglow in Shimla despite fulfilling any such requirements.  The RTI activist had sought information regarding the relaxation provided to Priyanka under the Section 118 of the said Act.

A report published on The Wire even said,

RTI activist said that the presiding judge in the case, was compromised due to a “conflict of interest” as Chauhan’s wife had contested the election for Shimla Municipal Corporation in 2012 on a Congress ticket. Following which, Bhattacharya requested that the case be transferred to Delhi to be tried by another judge.

Priyanka filed a petition to prohibit release of the sought information sighting security reasons and being a SPG protectee. But, the RTI activist proved that even this reason wasn’t enough to legally prevent him from obtaining the information.

Then, the activist had alleged the Public Relation Officer of the HC of releasing court orders to media prior to the official date. However, the PRO was given clean-chit without any proper inquiry and without recording statement of the activist, who had filed the complaint.

The next hearing in the case is scheduled for March 2017.  The appointed senior counsel Bawa is believed to have strong political relationships in the State. So, there’s hardly any favorable sign for the activist. The court and Priyanka also seems to be in hurry and aiming to end the case as soon as possible.

But at the same time, the image of judicial institutions and judges is on stake as a judge in district Mandi was caught red-handed by the Vigilance Department accepting bribe of Rs. 40,000 from one of the party in a check bounce case that involved lakhs of rupees.  This is the first time that people of Himachal read a news about a judge in their own state being booked for accepting bribe (of merely Rs.40K) . The people have now begun to wonder whether corruption and influence of high-profile people prevails in the judiciary too.