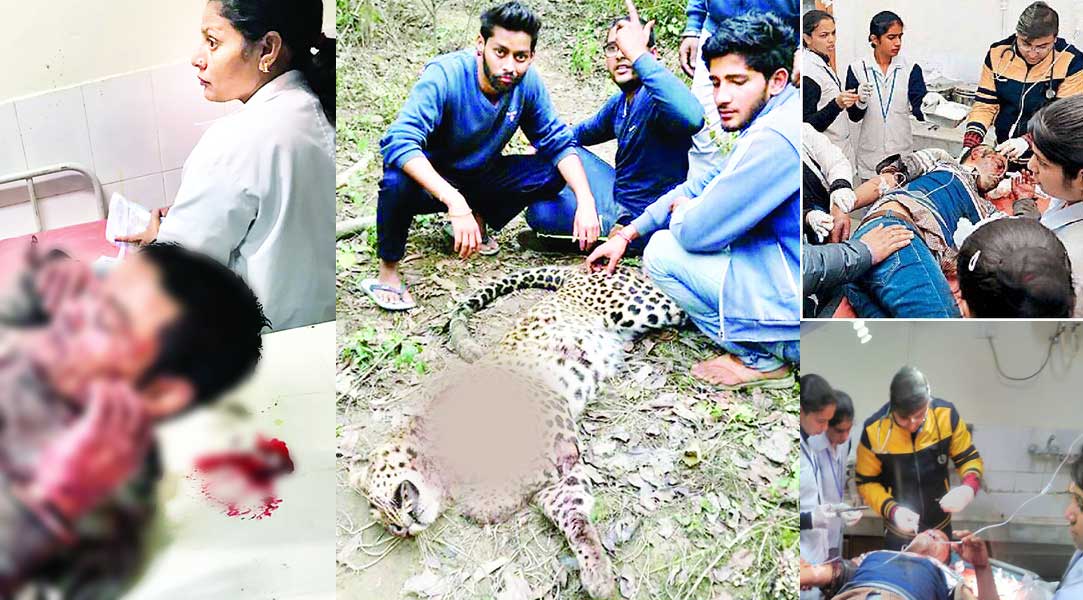 The proposal for the guns is pending for years and officials are either forced to hire shooters or beat the animal to death in defense, in case of encounters.

UNA- An ill equipped team of Himacal Pradesh Forest Department in district Una that tried to rescue a injured leopard fell victim to the fury of threatened animal. The leopard died a brutal death as guards and some locals had to beat it to death with wooden sticks to rescue the Range Officer Rajesh Kumar in Una district. The cat almost crushed the skull of the Range Officer and injured six people including two locals and four forest guards to arrived for rescue of the officer. Shockingly, the team had not even a single tranquilizer-gun or firearms for defense in such encounters.

The Leopard had reportedly pounced on the R.O. during a search operation and grasped his head between his jaws and claws for about 10 minutes.

View More Photos in Gallery Below: 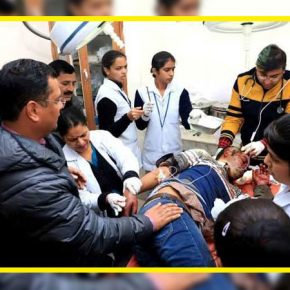 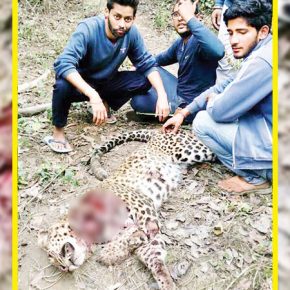 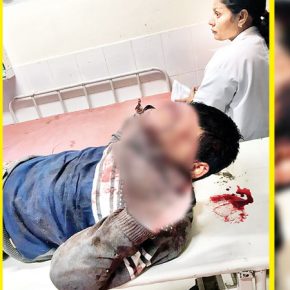 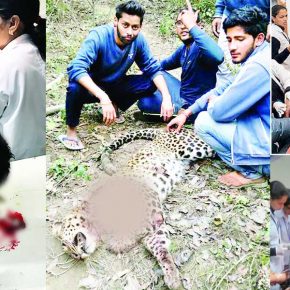 This another example of government’s apathy and lethargy that has cost a lot to this forest official, who is fighting for his life in hospital after receiving grieve injuries in his head and limbs. The Govt. has not equipped the forest guards with basic equipment used in animal rescue like tranquilizer-guns. The proposal for the guns is pending for years and officials are either forced to hire shooters or beat the animal to death in defense, in case of encounters.

Most recent example was witnessed in district Bilaspur where, probably, the world’s longest leopard, after it attacked few villagers, was shot dead instead of capturing it.

The team that had arrived to rescue the leopard after some locals informed the forest department of sighting the animal sitting on a roadside in injured condition. The R.O. and four forest guards, namely Sanjeev Kumar, Pawan Kumar, Kapil and Sachin, arrived at the spot unequipped. The team was empty handed and didn’t even have a tranquilizer-gun.

The forest department, when asked about the tranquilizer-guns, told media that the only gun is not available as it is sent for servicing.

Another shocking fact is that the team didn’t display any sign that they have received training about animal behavior, specially the cat family. It’s a well known fact about cat behavior that in injured condition they become highly defensive and aggressive. Then, why the team followed the animal without any preparation?

Moreover, the team failed to prevent the people from gathering around the spot as the leopard felt more threatened.

The Leopard was scared by noise that the increasing crowd of people who had started to gather to watch the leopard were making. Surprisingly, the team followed the big injured cat unwisely during which the animal attacked the R.O. Other than the guards, only two youth, Ankush and Munish Kumar, displayed enough courage and ran to rescue the R.O. They beat the leopard with wooden sticks during which they also received injuries. At last, the Leopard was put to death with a ‘Daraat’ (a sharp, rural metal tool used to cut wood and bushes).

A youth carried the critically injured R.O. on his back upto the road and thereafter rushed him to district hospital of Una in a vehicle. The officer was reported to be in serious condition and received several stitches all over his head and limbs. Doctors were unable to tell whether the injured R.O. is out of danger or not.

Further, recently, the issue of lack of tranquilizer-guns and defensive fire-arms, and vehicles for the forest staff in Himachal was raised by the department and the media. However, the government is busy knitting strategy for the upcoming Legislative Assembly Elections. The forest minister is reported to be indulged in matters like beating driver of the public transport bus for not letting his VIP car over-take. The government has shown no sign that it is serious about alarming rise in man-animal conflict in the hill state and equipping the forest department with even basic equipment to deal with it.