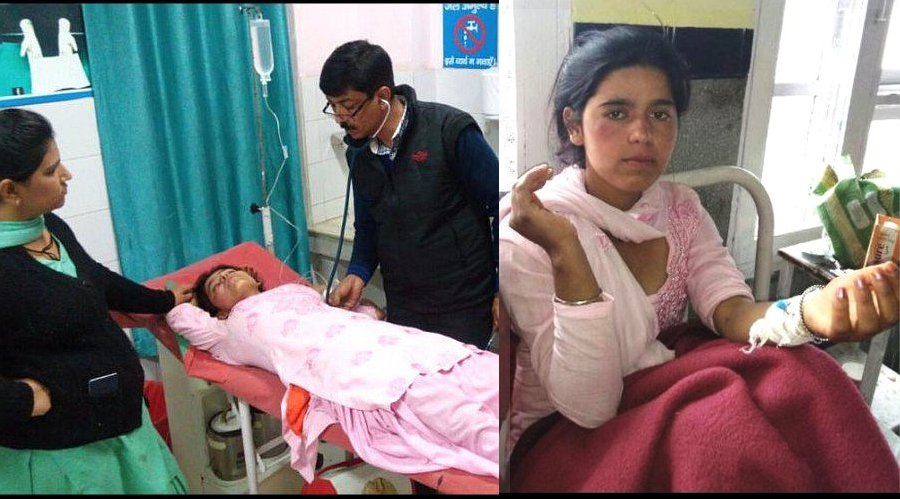 SHIMLA- A mysterious story of a girl from Trans-Giri region of Himachal Pradesh has been doing rounds of social media and has also attracted attention of the main-stream media as well.

Manisha, an 18-years-old girl from a remote region in district Sirmaur of Himachal Pradesh, caught attention of media when on Saturday she was brought to a hospital in Nahan. Her father claimed she was bitten by the snake and lost consciousness thereafter. However, the doctors couldn’t find any trace of venom in her blood or sign of snake-bite. The girl retained consciousness after few hours without any treatment or dose of anti-venom.

A native of Pota Village, in Manal Panchayat in Trans-Giri region of Shillai, Manisha and her parents reportedly made an unbelievable claim that for the last three years, Manisha has been bitten by snakes for the 34th time. The girl further claimed she has survived all the bites.

Manisha, in a statement to a daily, said,

I have been bitten by snakes over 30 times in the past three years. The first time I was bitten was near a river in my village. Recently, I was bitten by a white snake. Whenever I see a snake I get enchanted and then it bites me. There was some time two years ago when I did not get bitten. During school I have been repeatedly bitten by a snake, at times even twice or thrice a day.

A report in the same daily also said that the medical records show she was bitten for the 34th time.

None has seen a snake but one can see the impressions of the fangs on her body. We took her to panditji, who said she had a link with snakes from her previous birth,

The parents feel it was due to the blessings of their deity that she has been surviving the deadly bites.

As per the local forest officer,

I have no idea which snake has bitten her. We have Russell’s Vipers in Shillai and other areas of Sirmaur. But rattle snakes are also common. Non-poisonous snakes may have bitten her.

However, the doctors at the Dr. YS Parmar Medical College and Hospital, Nahan, and anti-venom specialists are not convinced with this story.

It can be an imagination. It could be a coincident that the girl was bitten by non-poisonous snakes, but 34 times is quite unbelievable. We believe in test reports and so far none of the tests confirmed presence of any type of snake venom in her blood. There are no marks of snake bites either.

Meanwhile, a Shimla-based veterinarian has come up with an interesting explanation regarding the possibility of development of anti-venom properties in the girl due to repeated snake-bites.

There is possibility that girl is bitten by snakes and the blood may have developed a mechanism to undo the effect of the venom,

On this, the experts at the department of pharmacology at All India Institute of Medical Sciences in Delhi also believe it to be a case of bites from non-poisonous snakes.

There have been reports where human body has developed antibodies against snake venom but the quantity usually is not enough to provide long-term protection. Some people are known to have survived successive snakebites, but whether it’s due to sufficient concentration of antibodies hasn’t been established,

Head of the Psychiatry department at Indira Gandhi Medical College, Shimla, Dr Ravi Chand Sharma, also expressed his disbelief about the claims. He suggested that adolescences are very vulnerable to what is called “attention seeking”. Teens can create such stories to get attention of others.

I don’t think it is true. It can be an attention-catching tactic. This is common among children to say unusual things to catch attention,

he told the English daily.

As a matter of fact, the Trans-Giri region has not seen enough development and its ways and culture is mostly tribal in nature. People here still believe in mythological tales and beliefs associated with local deities. The statements of the parents also support the aforesaid statement. While, this claim is difficult to prove, it is also not possible to believe it.