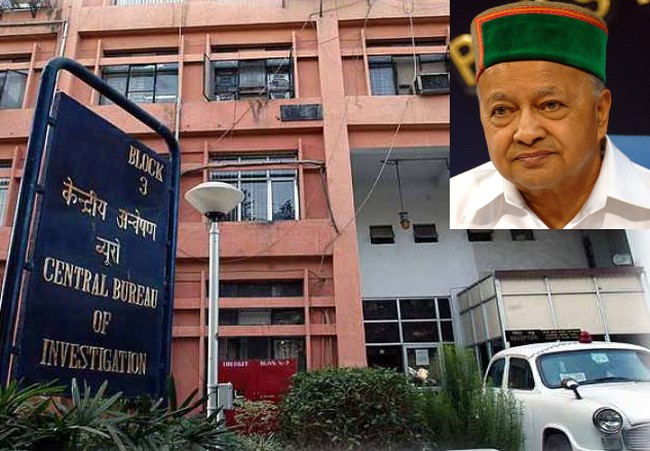 SHIMLA- In disproportionate asset case against the Chief Minister of Himachal Pradesh, Virbhadra Singh, Delhi High Court had rejected the plea for relief last week. The interim stay on his interrogation or arrest was removed by the court. Now, Mr. Virbhadra’s farmhouse in New Delhi worth Rs. 29 crore was seized by the Enforcement Directorate (ED) under Prevention of Money Laundering Act (PMLA). The ED made it clear that the FIR in this case was not the result of any political vendetta, as the CM had claimed in his plea for relief.

The farmhouse was purchased by a firm, Maple, owned by Singh’s son. As per the ED, Rs. 5.47 crore was paid in cash while the market price of farmhouse was shown Rs. 1 crore.

The CM has begun to experience the heat of politics as the opposition continue to gain victory in India other states of India including the largest State. The opposition BJP now has some solid matter to ignite protest against the octogenarian Congress CM. The demand for resignation on ethical grounds is also gaining momentum. Moreover, the Comptroller Attorney General (CAG) has also pinpointed massive rise in debts on the hill state.

The opposition, on Sunday, took a potshot at party high-command and questioned its silence over the case.

The Communist Party of India (M) has also opened attack against the CM. The party, in a statement, said that the recent drubbing given by the Delhi High court has prima facie proven that Virbhadra Singh was involved in money laundering while holding important post as the then cabinet minister. Already a charge sheet in this regard has been filed by the CBI and today the ED has even sealed his Delhi farm house. All this demands an immediate stepping aside from the official post so that further investigations can carry out, the CPI (M) said. Therefore, the party asked for immediate resignation of Virbhadra Singh from the chief ministership of the state.

Instead of attending to the grievances of public, the Chief Minister’s office is being used to protect Virbhadra Singh. Further, the cases registered against Virbhadra Singh and his family does not pertain to his struggle for people’s cause and comes out of his sheer greed to earn money using his official position, alleged CPI(M). Hence the cases should be fought individually and not at the behest of the people’s office, officialdom and the money from the state exchequer. Hence the Congress party must remove Virbhadra Singh from the chief minister immediately, said the statement.

The CPIM further said that both the BJP and the Congress are indulged in incorrigible corruption and shows their outlook towards politics and service to the people. The politics has become an arena of minting money where a strong nexus exists in between the ruling class political parties, the bureaucracy and the big business houses, who apparently rule the roost, the party said.