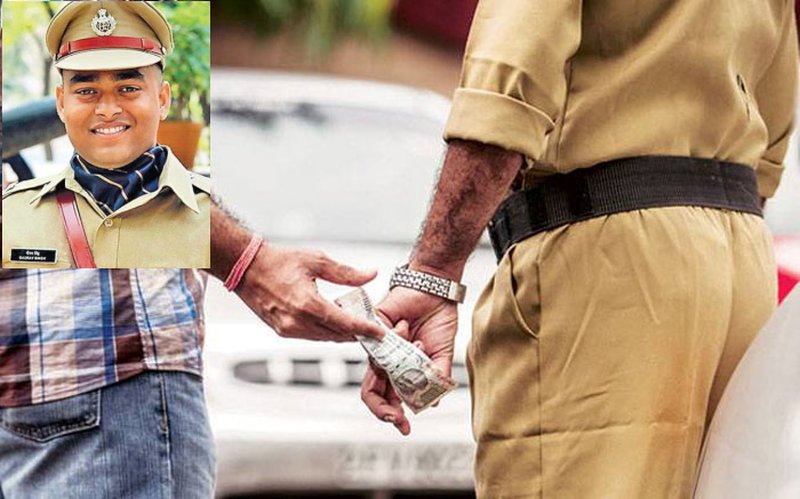 Shimla – After controversies over the probes in Kotkhai rape and murder case and the alleged suicide of the forest guard Hoshiyar Singh, the Himachal Pradesh Police Department faced yet another embarrassment as 18 policemen and four homeguards were suspended for extorting money from army vehicles in Lahaul- Spiti district.

A complaint from senior army officer revealed that the police staff didn’t hesitate to ask for bribe even from men in uniform. Enraged over this complaint, the Superintendent of Police, Lahaul-Spiti, took a stern action and created stir in the department by ordering the suspension of the entire staff at two police barriers and a police chowki.

With this action, it is believed that the police had been carrying out this illegal extortion from vehicles in exchange for allowing them to cross the barrier first.

Similarly, when the fleet arrived at the Sarchu barrier, the police staff on duty again extorted Rs. 200 as a bribe.

Following the complaint, the newly appointed SP, Gaurav Singh, visited the barriers and the Koskar chowki. The SP confirmed that he found irregularities in the discharge of the duties at the Koskar chowki. The SP, who had earlier earned public respect by the name of Baddi’s Singham, created stir by putting the entire staff of Koskar Chowki and Sarchu and Darchu police barriers under suspension.

The policemen suspended at the Koskar chowki include an ASI, a head-constable, and six constables. At the Darchu and Sarchu barriers, two head constables and eight constables were suspended following the complaint and a visit by the SP.

The SP said departmental probe will be initiated against all suspended policemen.

It’s been hardly a week that the IPS Gaurav, who was earlier posted in Kangra as the ASP, joined as the new SP of Lahaul-Spiti following a big shuffle in HPS and IPS officials.

Earlier, Gaurav had remained in the news after he had become a terror for mining and drug mafia in the Baddi region of district Solan. Then posted as the ASP Baddi, the officer was reportedly transferred after he took action against a mining company owned by the Doon MLA’s wife for illegal mining. The Doon MLA had reportedly approached the Chief Minister, and soon a transfer order was slapped on the face of the honest young IPS officer.

However, the IPS officer continues to display the courage to take action against even his own staff. It won’t be a surprise of the officer is against transferred following this action in Lahaul Spiti.