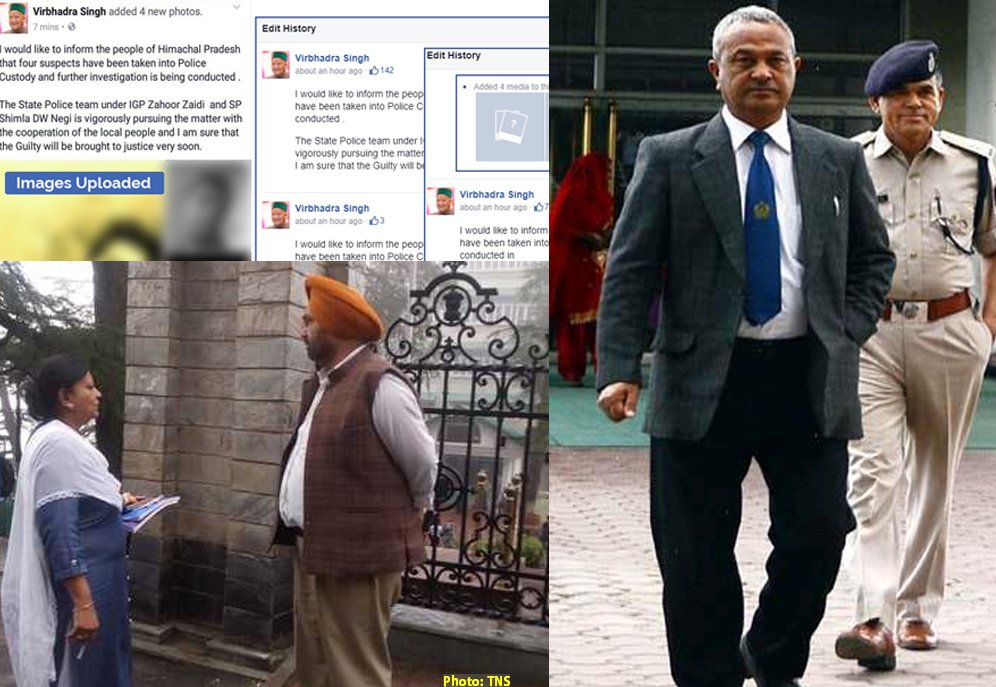 Sentry, Dinesh Sharma, who was on duty at the Kotkhai Police Station on the night accused Suraj was killed in the police custody, is provided with police security as the CBI fears threat to his life.

Shimla: The investigation in the Kotkhai gang rape and murder case is witnessing sudden twists soon after the Central Bureau of Investigation filed a fresh status report in the Himachal Pradesh High Court on August 17, 2017.

CBI has finally reached the IT Cell advisor to the Chief Minister Virbhadra Singh in relation to the pictures of four persons posted on CM’s Facebook page. These photos were later deleted and the four persons were given clean chit by the police. 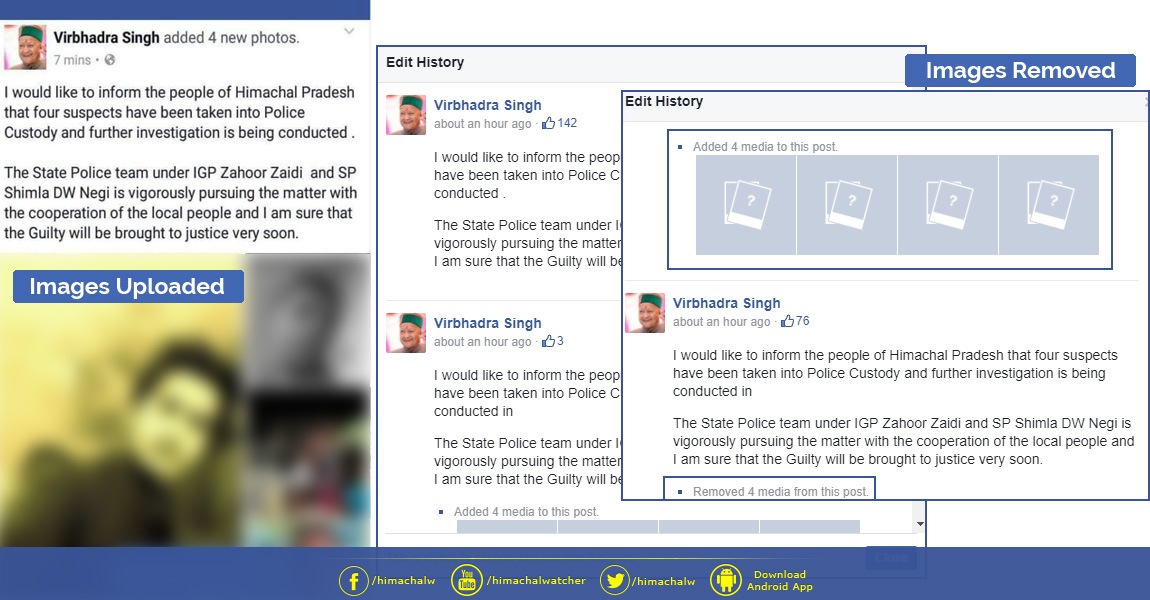 Officially CBI has confirmed nothing, but sources say the agency is trying to ascertain the source of these photos. How CM’s IT Cell ended up with posting these photos as suspects and then deleting them? Who sent these photos to the IT Cell?

Reports are coming in that CBI teams have conducted simultaneous raids yesterday on the houses of the persons in these photographs, who were identified as Prashant alias Happy and Ishan. It implies, CBI is keen to establish the relation of the case with these suspects.

Another big development in the probe is that the Sentry, Dinesh Sharma, who was on duty at the Kotkhai Police Station on the night accused Suraj was killed in the police custody, is provided with police security as the CBI fears threat to his life.

The Superintendent Police, Shimla, Soumya Sambasivan, confirmed that a constable was deployed for the same.

The statements of Dinesh are said to have put some officers of the HP Police SIT and Shimla Police under the scanner of the CBI. Police had claimed that Raju, a co-accused, had murdered Suraj on the night of June 18, 2017.

Contrary to his previous statement, the Sentry reportedly gave CBI a different statement. Dinesh said he was on three-hour duty that night and Raju and Suraj were in the same lockup.

However, Dinesh said he did not see Raju killing Suraj during his duty hours. As per media reports, Dinesh told CBI that Suraj was taken to separate place by the Station House Officer.

When the CBI inquired Dinesh why he had given a different statement previously, he told the agency that his signature was taken on a pre-scripted statement.

His statement is believed to have landed some high-rank State Police officers in serious trouble. Therefore, CBI fear there is a considerable threat to the life of Dinesh.

As per a local Hindi daily, a DSP and ASI, who were investigating the case before the formation of the Special Investigation Team, were taken to Delhi for questioning in connection to the case.

CBI has also filed an appeal in the court for conducting a Narco-analysis test on all accused.

The case is haunting the fate of the ruling government in the upcoming legislative assembly polls and the credibility of the State Police.

Locals and the family of the victim believe the police tried to shield the real culprits and framed some laborers as a piece of meat. The suspicion of the people was fueled after four pictures appeared on the CM’s FB page and one of the accused killed in police custody.

The monsoon session of the assembly has begun on August 22 and the opposition is expected to create rucksack over the Kotkhai case.