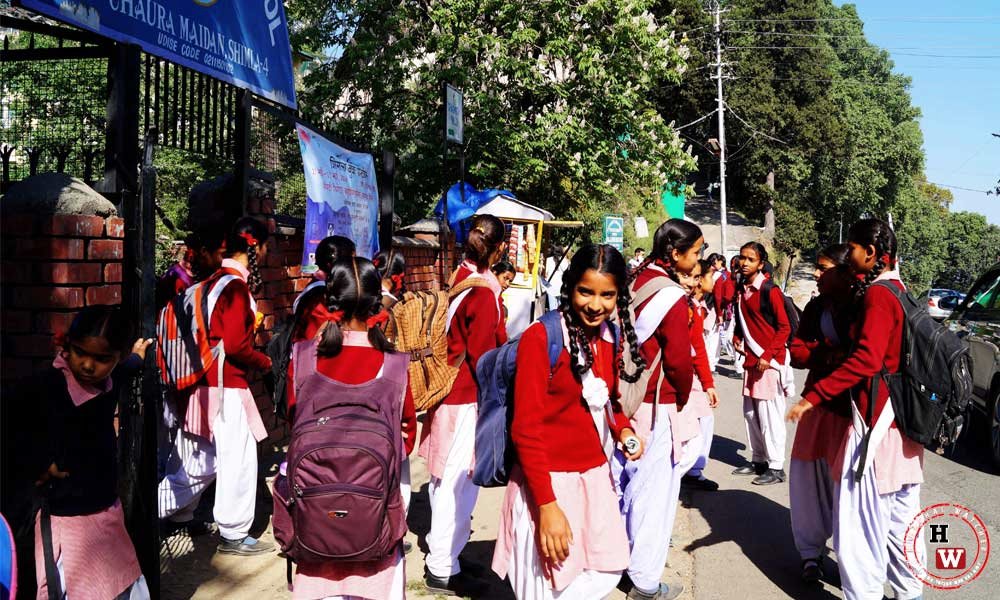 Shimla: Amidst drastic drop in enrolments in Himachal Pradesh’s government school due to the gradully deteriorating quality of education, the State government has expressed its plans to introduce pre-primary school classes.

The condition of government schools is such that private schools in the state are openly looting people by extracting access fees as parents don’t want to take a risk by enrolling their children in government institutes.

For instance, currently, privates schools in Shimla are selling prospectus for admission in pre-school classes for Rs. 1,000 to 2,000 with a non-refundable security of Rs. 2500 to 3,000.

The government believes it will enable children to grasp the lessons easily in primary classes.

Initially, the government is mulling over starting pre-school classes in 25 percent of the schools. It said all the districts can take the initiative to start pre-primary classes from the schools near the district headquarters.

The Chief Minister Virbhadra Sing has faced severe criticism from the opposition and intellectual section of the public for blindly opening several new schools while old ones are in tatters and short of teaching staff.

However, the Chief Minister always lauds its Education Department for its achievements and initiatives for improvement in the quality of education in government schools.

The Chief Minister appreciated the department for its ‘PRERNA’, and ‘PARYAS’ initiatives.

While PRENRNA aims to improve the learning level of students in reading, writing and numeracy skills of children in primary schools, PARYAS is meant to improve science and mathematics learning among 6th to 8th class students, he said.

The Chief Minister claimed that the Education Department has bagged two awards under ‘Skoch Order of Merit Award’. The first prize was for the timely delivery of the text books and the second for digitization of school assessment.

The Chief Minister provided this information during the HP State Advisory Council meeting on Right to Education Act, 2009 held on August 27.