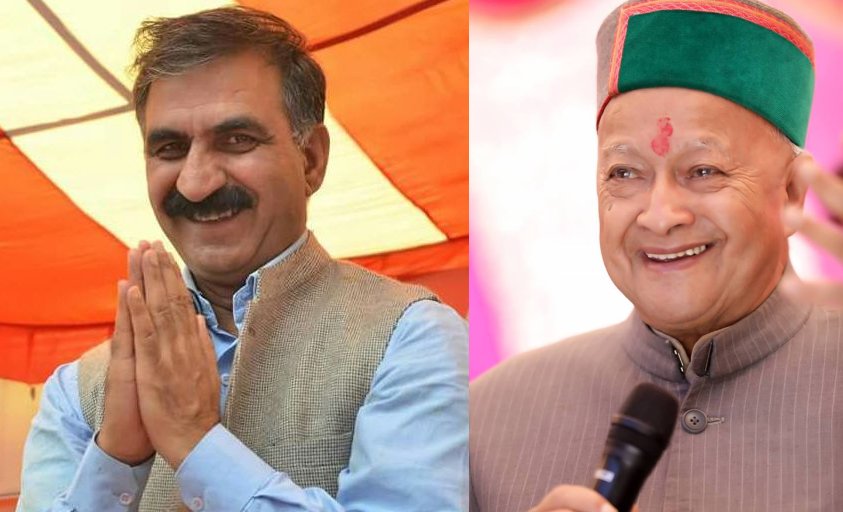 Shimla: The Himachal Pradesh assembly polls 2017 are hardly a month away, but the feud between the Chief Minister Virbhadra Singh and party Chief Sukhwinder Singh Sukkhu continues to weaken the spirit of the party members.

Once again, the Chief Minister launched an attack over the working of the party. The congressmen nowadays are faithful to a person and not to the party and there is a massive change in what the Congress was in the post-independence era, said the Chief Minister.

Nowadays, those indulging in flattery are seated and nominated to the top posts, setting aside the very concept elections.

Chief Minister Virbhadra Singh was addressing a gathering at Sainj in Banjar assembly segment of district Kullu on Tuesday, September 12.

Congress is still a strong party but some changes are the need of the hour and as soon the changes are made, the better it is for future of the party, he said.

Earlier, the members or even the party presidents were elected right from block level, to district and to State, he said.

Elections were held for president of All India Congress Committees and the working committees. But this trend has been discarded now. He himself voted for the top posts in AICC when he was the elected state president of HPCC, said the Chief Minister.

Tickets won’t be issued to those who appear all of a sudden with his image on the banner or poster and starts demanding the same,

I know in and out of everyone, and even of those who try to flatter me

Only the deserving would get the tickets. I don’t like those who indulge in flattery and I have learnt the same from my ancestors.

Earlier, while addressing a public meeting at Bajaura, the Chief Minister said he wants to get retired from active politics but the congress people are persuading him to lead them and fight the elections.

BJP attacking Congress leader whom they fear most: CM Virbhadra