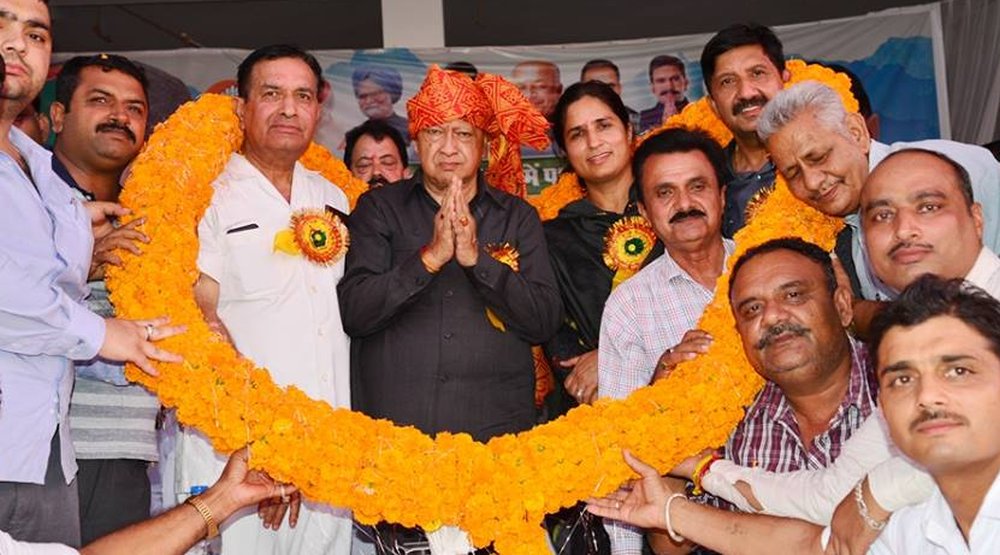 Ranjeeta Ranjan, came ahead to defend the ‘Topi’(cap episode) saying the BJP is blowing it out of proportion.She tried to justify the episode saying the respect is given and earned and not shown by actions.

Shimla: The Chief Minister Virbhadra Singh retaliated to repeated remarks over his time spent in cases against him. While addressing a public meeting at Amb in district Una on September 15, he did admit spending a lot of time his court cases but justified that these cases are falsely framed by the BJP.

Virbhadra said that it is true that he is ‘tired but will oppose BJP’s every move till the end’.

I am tired but not defeated. BJP should forget, rather should never think of defeating me even in their dreams,

I am waiting for the moment when the judiciary of the country will honourably acquit me of all fabricated cases as framed against me by the opponents,

The BJP is countering the development by involving in character assassination and bundle of lies, he said.

They are attacking the Congress leader whom they fear the most,

Now, the BJP is targeting me and I want to send a message to the Prime Minister and the State BJP leaders that Virbhadra Singh is not afraid of their modus operandi,

The State Co-incharge of Congress and Secretary AICC, Ranjeeta Ranjan, came ahead to defend the ‘Topi’(cap episode) saying the BJP is blowing the matter out of proportion.

She tried to justify the episode saying that the “respect is given and earned and not shown by actions.”

Apart from several controversial statements over sensitive issues, presently the Chief Minister and his government are facing fierce criticism over questionable degradation in law and order situation that was best highlighted by the Kotkhai rape and murder case and Hoshiyar Singh incidents.

These cases gave BJP very genuine reasons to open attack at Chief Minister and his government ahead of the assembly polls 2017.  Encouraged by the victories in assembly elections in other states, the state BJP is making full of Modi wave.  Though infighting prevails in both parties, the Congress has failed to contain it even when assembly polls are near.

I want to retire from active politics but Congress leaders persuading me to lead party in polls: Virbhadra