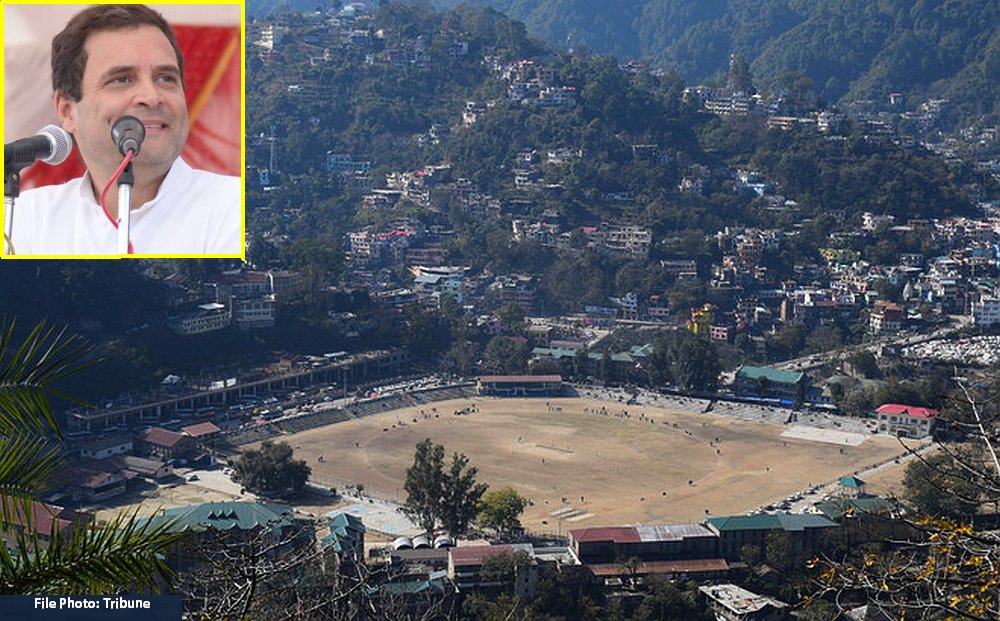 Shimla: Bhartiya Janata Party (BJP) has alleged the Himachal Pradesh Government of bearing the entire expenses of the arrangements made for the National Congress Vice-President, Rahul Gandhi’s political rally scheduled to be held on October 7, 2017, at the Paddal ground in Mandi district.

The government is bearing all the expanses for the arrangements including free transportation of party workers in official vehicles and the HRTC buses, alleged BJP.

About 600 buses are estimated to carry the crowd to the venue on Saturday. Parking space has been arranged in Mandi for as much as eight to ten thousand vehicles, as per reports.

BJP said it has received this crucial information through official sources in the state government. The opposition said that all the Ministers, Chairmen, Vice Chairmen, and all officials availing services of government vehicles have been directed to carry supporters to the Paddal ground.

It is not a Congress rally, but a government rally,

We have received information that the HRTC is not being paid for its buses to be used in the rally.

BJP remarked that the Congress is not competent enough to organize a rally on its own, hence, misusing the government resources and finances.

To justify its relevance, Congress should rename the title of the rally from ‘Vikas Se Vijay’, to ‘Vishwashghat se Parajay’ ki or,

Entire Congress camp is in a state of panic after the Prime Minister Narender Modi’s rally in Bilaspur district. The Chief Minister himself witnessed the massive gathering at the rally, said BJP.

Meanwhile, the Chief Minister Virbhadra Singh, Party in-charge for HP Sushil Kumar Shinde and Co-incharge Ranjeeta Ranjan together visited and inspected the venue and took stock of the arrangements made in connection with Rahul’s rally.

The Congress has claimed that the rally will witness a gathering of about 70, 000 people. The Paddal ground has a capacity to accommodate over one lakh people, estimates the Congress.