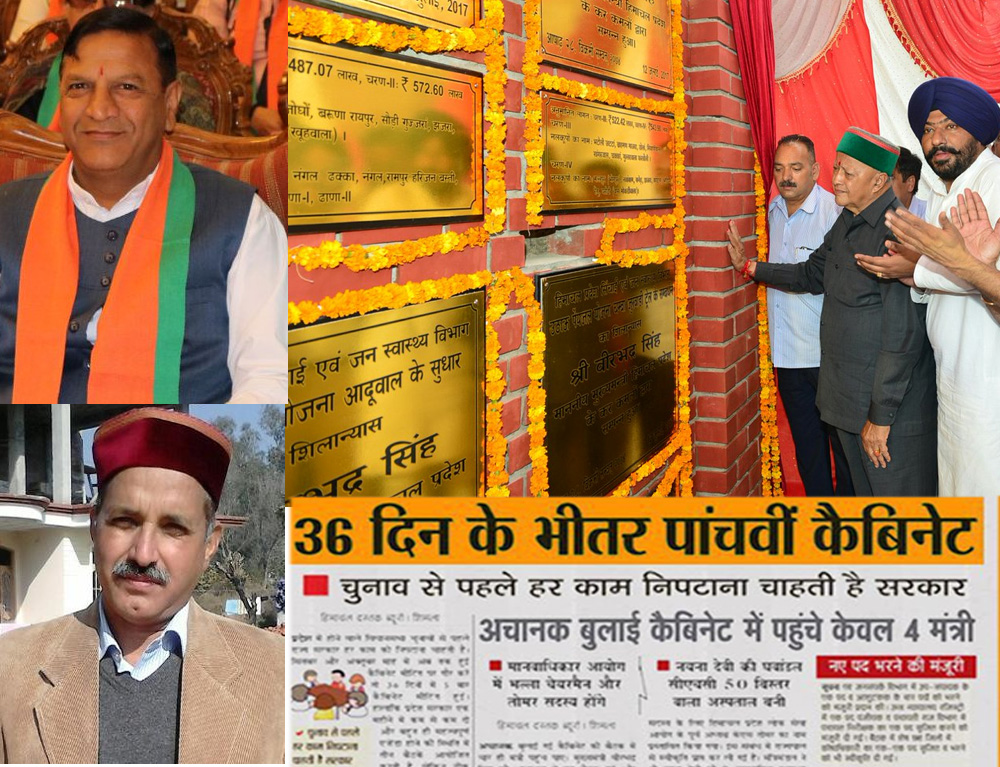 Bindal also alleged the Chief Minister of lying to the National Congress Vice President Rahul Gandhi about the allowances given to the youth.

Shimla: The blame-game and round of allegation is at its peak in the poll-bound Himachal Pradesh. While Chief Minister Virbhadra Singh is trying to please the government employees with the moves like regularization, Bhartiya Janata Party is alleging the Congress government of harassing employees.

To benefit a particular group of employees, who are Congress supporters, the government is making rampart transfers and re-shuffling employees like a deck of cards, alleged Dr. Rajiv Bindal, the chief BJP spokesperson and MLA.

The government is taking to threatening the employees with the transfers if they do not toe the line drawn by the government, BJP said.

The transfer has become like a business in the government which has witnessed a huge surge ahead of the assembly polls. A month before the code of conduct comes into force, the government is issuing about 8000 DOs per day, said BJP.

BJP is also alleging the Chief Minister of duping the youth of Himachal on the name of allowances and making a huge number of announcement, inaugurations and laying foundations stones of projects in haste without any provision of the budget for them.

Bindal also alleged the Chief Minister of lying to the National Congress Vice President Rahul Gandhi about the allowances given to the youth.

The Chief Minister had made a promise to provide allowances to youth before 2012 Vidhan Sabha elections. However, the government started the allowances just six months before the end of its tenure, he said.

The Chief Minister is making economically impractical promises to the people and employees, alleges BJP.

The BJP government had reduced the qualifying period of the service from 33 years to 20 years. But the decision was withdrawn as soon as Congress government came into power, alleged BJP.

The government is favoring retired officials instead of creating employment. Other capable officials are not receiving opportunities due to this policy of the government.

The opposition also criticized the Chief Minister for his making inaugurations or laying foundations stones through video conferencing or over the telephone.

The BJP spokesperson Mahendra Dharmani alleged the CM of inaugurating incomplete projects and making more announcements without the availability of funds.

Under a water scheme, the Chief Minister inaugurated a water tank in Shimla constituency (rural) that had no water in it. The date mentioned on the inaugural plate was September 29, he said.

BJP questioned the definition of development for the Congress government. The roads are in tatters, schools are on the verge of closure as students are opting private ones, and the health centres are running without staff, said BJP.