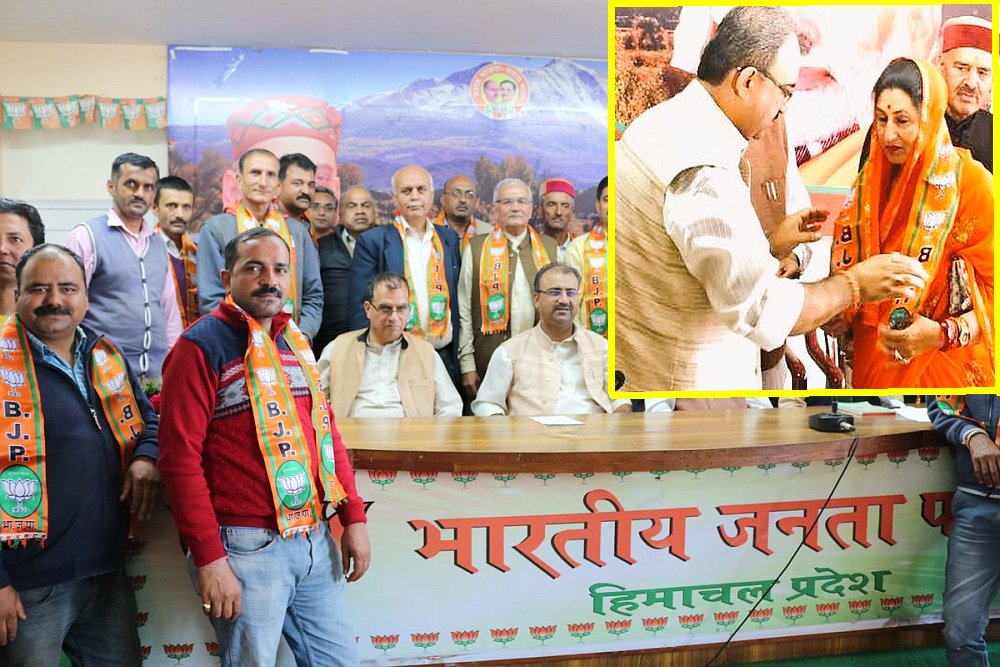 Shimla: Himachal Pradesh is all set to go to polls on November 9, 2017.The political activity is witnessing an upsurge.

On Thursday – the day the Election Commission of India announced the date of polling for the upcoming elections for the HP Legislative Assembly – Virbhadra Singh received a setback.

Vir Vikram Sen, who has remained the Congress’s Block President for Kasumpati segment, had left the party in 2012 after his wife was denied a ticket. She has contested the 2012 polls against MLA Anirudh Singh as an independent candidate and lost.

The sources said the name of the Vijay Jyoti Sen being considered as one of the ticket aspirants from Kasumpati assembly segment.

However, BJP is also not free of infighting. The polling date has been announced and the BJP has still not declared its candidate for the elections. It still remains a suspense for the former Chief Minister Prem Kumar Dhumal and for his loyal party leaders.

On the other side, The National Congress Vice President Rahul Gandhi, at a rally held in Mandi district, had announced Virbhadra Singh as the Congress’s candidate for the seat of the Chief Minister again.

“The Modi government appears to be putting pressure on the EC to defer announcement of Gujarat elections along with Himachal to suit its political ends, alleging that it was done to ensure that a model of conduct – that does not allow announcement of sops – would not be enforced before PM Modi’s rally, said the Congress

The active presence and increasing political activity of the Union Minister JP Nadda and the way Prime Minister Modi had showered overwhelming words of appreciation on him during a rally in Bilaspur district, justify this suspense and delay in the announcement of CM candidate.