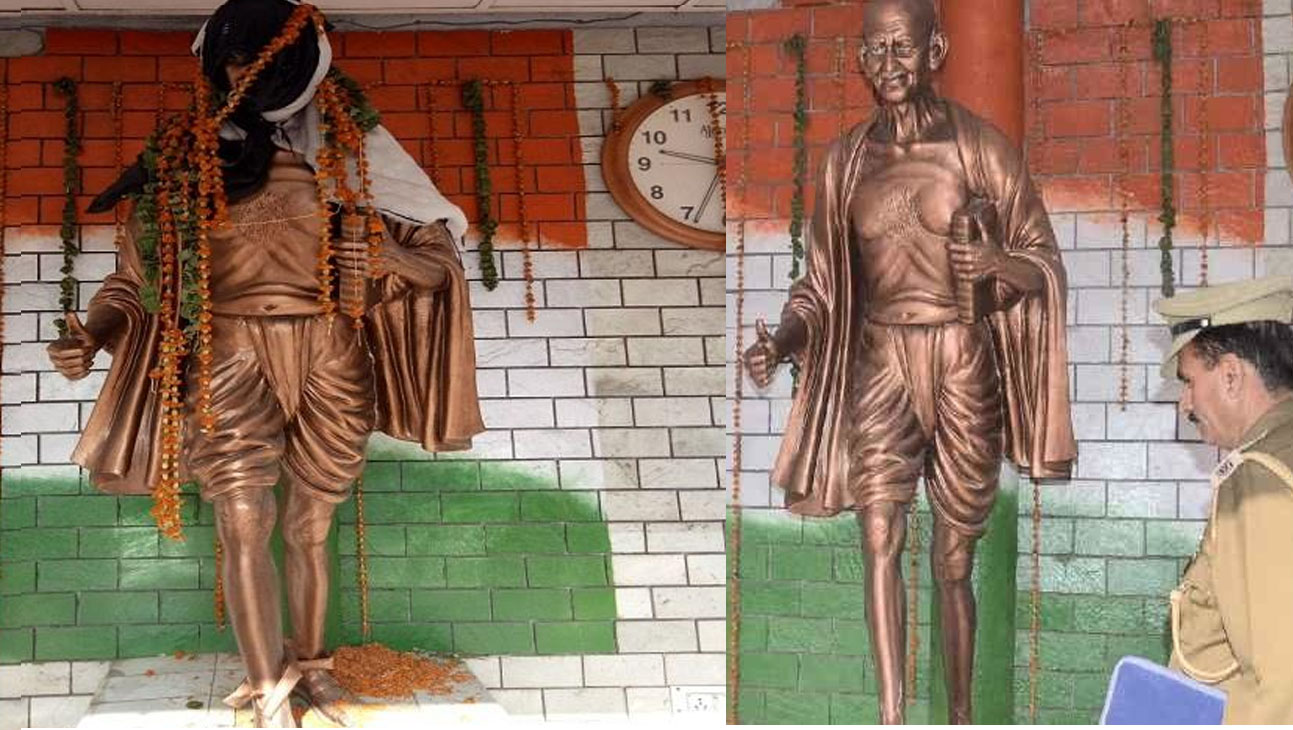 Hamirpur: Once again, some unknown miscreants defaced and vandalized the statute of Mahatma Gandhi installed at the Gandhi Chowk in Hamirpur district of Himachal Pradesh. The statue is located near the Office of the Deputy Commissioner.

As per police, the act was performed on the night of November 9, the polling day, some miscreants removed the ‘lathi’ (stick) and glasses from the statue. They tied a black cloth (reportedly a jacket) to cover the face.  A cloth was also tied to his feet.

The garlands offered to the statue were also thrown onto the road, said reports.

The tempering was first spotted by shopkeepers and those who were out for their morning walk.

The the local police has registered a complaint against the unknown suspects under the Section 3 of the Prevention of Damage to Public Property Act, 1984.

Earlier, during the rule of the Bhartiya Janata Party in 2000, the statue installed at the Gandhi Chowk was shattered to pieces by culprits who remain unknown till date. The insult of the father of the nation had stirred a protest in the area.

However, police is hopeful to track the culprits this time as they scan the footages of CCTVs installed in public or private properties in the area.

Other than CCTV footages, the police has also receive a lead from the watchman of a nearby shopping complex, who had spotted three youth early morning.

The Congress suspected that it was done by individuals who still believe in the ideology of Nathu Ram Godse – the man who had murdered Gandhi.

Some local leaders of the BJP have also issued statements condemning the act.

They said Gandhi is considered as a symbol of peace, unity, and fraternity in India, hence, the defacing of his statue has hurt these values and sentiments of his followers.

The Municipal Council have been asked to restore the statue as soon as possible.