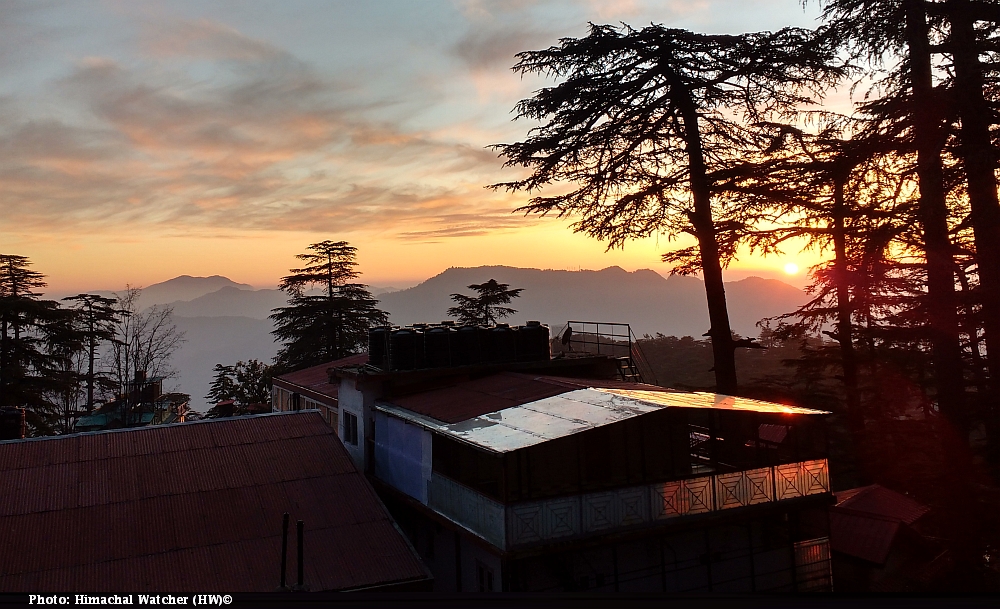 As a matter of fact, the Met Department had predicted clear sky on January first and second. However, the first day of the new year turned out to be partly during the day to heavily clouded by the evening.

Shimla: After the Christmas and New Year celebrations went on without snowfall, the weather is again ready to tease the visitors in tourist towns of Himachal Pradesh. As per the fresh updates provided by the Meteorological Department, the sky is likely to remain partly clouded in most parts of Himachal till January 5. No snowfall or rain is expected, and the weather would remain dry during the current week, said the Met Department.

Thereafter, the sky is likely to remain clear on January 6 and 7.

The Met further added that there was no appreciable change in the minimum and maximum temperatures.  There is a slight chance of rain or snow at isolated places on January 4.

Though the snowfall eluded the tourist, they were at least enjoying the sunshine in the winters of Shimla. During the current week, the sky is predicted to remain partly clouded, but no rain or snow.

As per several hoteliers of Shimla, the absence of snow or overcast sky on Christmas and New Year eves did not affect the footfall of tourist, who continues to pour into tourist destinations.

As a matter of fact, the Met Department had predicted clear sky on January first and second. However, the first day of the new year turned out to be partly during the day to heavily clouded by the evening.