Shimla: The new Government of Himachal Pradesh, led by the Chief Minister Jairam Thakur, has re-shuffled 34 IAS officials on January 5, 2018. Amongh these 34 officials, 10 were posted as the Deputy Commissioners of various districts.

Vikas Labro and Yunus Khan were the only two IAS Officers, who were not transfered and still hold the post of DCs of Una and Kullu respectively.

While there is nothing new in re-shuffling officials occupying important positions with the change in the government, a different pattern was observed emerging for the selection of candidates for these positions.

For the most important positions, the party is picking up candidates with a strong right-wing ideological background,well-tuned with the Rashtriya Swayamsevak Sangh (RSS) and had served dedicatedly as full-timers for the Akhil Bhartiya Vidyarthi Parishad (ABVP).

Other than this major decision to re-shuffle the administrative officials, the Chief Minister, Jairam Thakur, and his cabinet ministers continue to assure the public of delivering massive reforms in the governance and administration.

The Chief Minister, right after the swearing-in ceremony on December 27, had told the people that he would go after the ‘VIP Culture’. He had expressed consternation about the poor financial health of the Hill State, which is buried under a gigantic loan of Rs. 46,000 crores.

The biggest assurance is that the party and its ministers will imbibe and embody the concept of political equality as a way of life.

As Chief Minister is said to have hailed from a common farmer community, the people are expecting to witness a change in the feudal mindset of the politicians, ministers, and bureaucrats. The public thought this time all official formalities like the oath-taking ceremony, the usual cavalcade of luxury cars, and grand welcomes would be simpler instead of usual pompous display of power and privilege.

However, the ceremony came out to be pompous one in which a large number of so called VIPs including the BJP’s top guns Amit Shah and Narendra Modi and Chief Ministers of several states were invited.

Though, the Chief Minisiter denied it, the reports regarding the demand of the ministers for more expensive luxury vehicles and the quarrell over official residences are not going with the claims of ending VIP culture.

Public Money Frittered Away on Bouquets

Other than that, as per a Hindi Daily Jagran, the Chief Minister was greeted at the State Secretariat by presenting him bouquets. The cost of these bouquets, said the daily, ranged between Rs. 300 to 1,000 depending on the quality and quantity of the flowers. However, the bureaucrats did not spend on these expensive bouquets from their own pockets, but from official accounts. A plethora of bouquets was seen at the Chief Minister’s Office or any place he visited.

After the news appeared in the paper, the Chief Minister issued directions that no official visiting him would present bouquets.

The Chief Minister had fired all the re-employed officials after their retirement. The party has made the re-employment of retired employees a major issue prior to the elections. However, now the government has realized that in some cases, it can’t help it either.

In a cabinet decision taken yesterday, the service of 214 retired patwaris/kanungos engaged on contract basis were given extension till August, 2018 until the new batch of 1120 patwaris undergoing training will be recruited.

There would be zero tolerance towards the crime against women and corruption, said the Chief Minister while annoucing a 24×7 ‘Gudiya’ helpline today. The Chief Minister during his visit to the Press Club. To curb the corruption, the Atal Help Line will be provided, he said.

The Cabinet Ministers are also conducting meetings with their concerned departments and assuring a revolution in work culture.

Bikram Singh today assured he would make the state an industrial hub of the country in 100 days. As geographical variations have always limited the expansion of industries in the state, Bikram assured uniform industrialization by introducing a ‘New Industrial Policy’ focusing on ‘Rural Industrialization’.

He assured at the very least 80 per cent employments in up-coming industrial units to the youth of Himachal.

e said the mining sites and quarries will be auctioned in a transparent manner.

Similarly, Kishan Kapoor, in a meeting of Officers of  Food, Civil Supplies and Consumer Affairs  Department at Shimla today, promised there will be no compromise on quality of essential commodities under PDS.

The officers will physically go in the field and conduct regular inspection of fair price shops, take samples and ensure reporting, he claimed.

Kapoor assured all the ration cards will be linked with Aadhar Number within 100 days. A toll free numbers 1967 is already functioning to redress the grievances of consumers, he said.

The government is giving a subsidy of more than 220 crore on subsidized food in Himachal, and it is  the “duty of officers to ensure quality in this ration to provide best food to consumers in every nook and corner of the State,” he said.

Minister Sarveen Chaudhary on January 5 presided over a review meeting of HIMUDA. She assured the concerned officials will complete all the developmental projects in a time bound manner. She said “no compromise will be tolerated in the quality of works and complete transparency should be maintained in the departmental affairs”.

The Minister gave the department 100 days for highlighting the priority of works with the projection of the cost and resource management. She said a cleanliness drive will be launched in the state, if the statement of the Minister is considered.

As per the Minister, so far, the HIMUDA has developed 17,229 houses, flats and plots.

The construction of 146 flats and development of 181 plots is in progress, while four housing colonies at Sheel, Dharmapur, Trilokpur and Rajwari are in pipeline, she said.

The minister is assuring construction of five clusters for solid waste management in Baddi, Hamirpur, Kangra, Shimla and Mandi. Vendor markets will be opened in different parts of the state and all possibilities of providing parking spaces will be explored.

The new government has promise fixing the errors in working of government departments. These sessions of claims and promises are likely to continue for a month or so.

The Chief Minister is repeatedly expressing gratitude towards the Prime Minister Narendra Modi and the party high-command for giving him a chance to serve. He also assured the public that the foot-steps of PM Modi in the field of development will be followed in Himachal too.

However, the biggest challenge for the government would be to do away with the administrative policy paralysis.

To the dismay of the public, there has been a major debate over the excess interference of legislature with the executive, which often prompted the judiciary to step in. The relation between the political class and the permanent executive hasn’t been so healthy.

It is evident from the repeated need of the intervention from the apex court to make the government work properly.

The court’s intervention comes in response to petitions by the vigilant section of the civil society, watchful media and the Right to Information Act.

In fact, with an intention to put a check increasing erratic and unresponsive executive power, the apex court had ordered formation of the Civil Service Board. 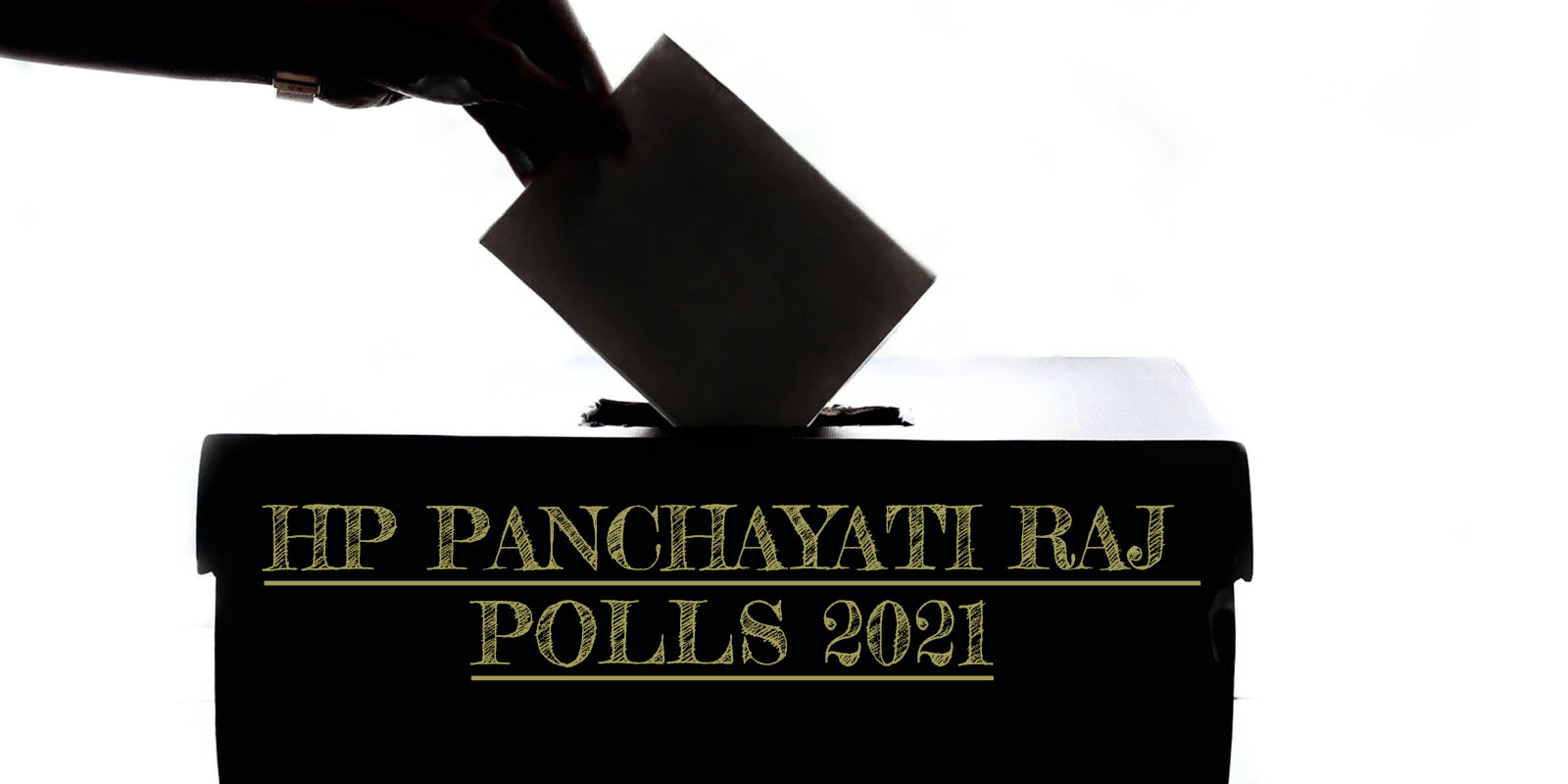 According to the information received till 7 PM, the overall polling percentage was 77.50%. As many as 123 COVID-19 patients and isolated voters cast their votes as per the Standard Operating Procedures, he informed.

Further, 103-year-old Shyam Saran Negi, the first voter of independent India, cast his vote at a polling booth in Kalpa of Kinnaur district.

Election-related process and results have been uploaded for the general public on sechimachal.nic.in., the spokesperson said.

The second phase of polling for 1208 Panchayats will be held on 19th January followed by the third phase on 21st January 2021.