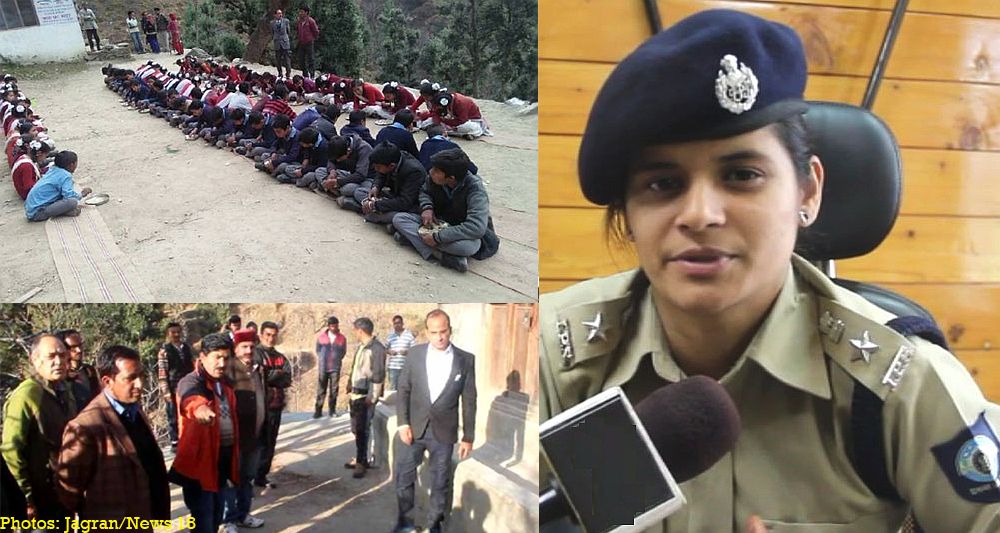 Kullu: In the case relating to alleged caste discrimination with Dalit students of government high-school Chesta in Kullu district, the Bhuntar police had made three arrests yesterday after questioning about 35 people.

However, as a jolt to the police, before it could reach remaining accused staff,  the three arrested persons easily obtained a bail within 24 hours of their arrest.  Though the police had requested a judicial custody for the arrested accused, the District and Session Court reject it and granted bail to accused.

It might bring relief to the accused staff from the possible suspension.

The police said it is trying to get its hands on the remaining accused. The investigation is still in progress, said the SP.

Earlier, in the magisterial probe conducted by the district administration, the allegations labelled by some Dalit students against the school staff were found true.

Following it, the local police on February 22 had lodged an FIR against the school administration and management committee of the school under the Scheduled Castes and Scheduled Tribes (Prevention of Atrocities) Act (PoA), 2015, at the police station, Bhuntar.

On Tuesday, the police had summoned the Headmaster of the school, Rajan Bhardwaj, drawing teacher, Ajai Thakur, and Mid-Day meal worker, Dile Ram (दिले राम) for questioning. After hours-long questioning, all three were arrested by evening.

The students had alleged that while upper cast students were allowed to enter the house to watch and listen to PM Modi’s ‘Pariskha Pe Charcha’ on February 16 on television, some Dalit students were allegedly made to stand outside the house at a place meant for cattle and horses.

Rs.1 Lakh compensation to each victim of caste discrimination

Earlier, the administration had announced a compensation of Rs. 1 lakh to each of 12 identified victim (children). There is a provision of compensation under the Scheduled Castes and Scheduled Tribes (Prevention of Atrocities) Act (PoA), 2015.

About Types of Offences in SC/ST PoA Act 2015

Other than the aforesaid offences, certain IPC offences like hurt, grievous hurt, intimidation, kidnapping etc., were also introduced through this amendment. The act provides for a sentence of less than ten years of imprisonment if convicted.

Legal notice to CM Jairam, 7 others in controversial HPPSC appointments