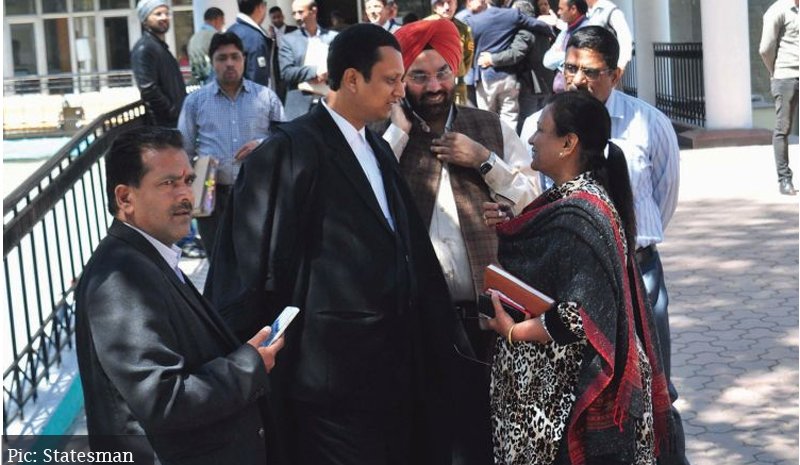 Shimla: In a sudden turn of events, the Central Bureau of Investigation claims it can solve the Gudiya gangrape and murder case anytime now.

If media sources are believed, then the CBI Counsel, Anshul Bansal, has claimed that the real culprits could be behind bars by April 25 – date of next hearing in the case.

We have urged the court not to make the status report public in the interest of the public. We have in the report stated that hopefully by the next date on April we will produce the accused before the court. On the basis of the status report the court has modified the order,

the Statesman quoted Bansal in its report.

As per a Hindi Daily, some lumberjacks are under the CBI scanner, which doesn’t go with the series of events. Nine police officials of the HP Police have been charge sheeted by the CBI for the alleged killing of an accused in custody.

The CBI had found no evidence against the six arrested accused and had alleged the SIT of arresting them without any solid evidence. Remaining five accused were later granted bail in the absence of any evidence.

The parents and locals of Kotkhai region had alleged the police of hatching this conspiracy to save the real culprits, who belonged to influential families. It would imply that the HP Police SIT had allegedly framed labourers to save some lumberjacks, which doesn’t make sense for at least now.

The media reports have again revived the hopes of the people to get justice for Gudiya – a Class X student who was allegedly abducted, gang-raped, and murdered in July 2016 in the forests of Kotkhai Tehsil in Shimla district.

At the same time, the speculations have surfaced terming it as a trick to save the CBI Chief from the embarrassment of being summoned to the court.

It is pertinent to mention that the Himachal Pradesh High Court on Wednesday lashed out at the agency for its incompetence in solving the case in eight months.

Disappointed over the delay, the court had ordered the Director of the CBI to be present in the court during next hearing on April 18 and to file an affidavit regarding the status report personally.

Following it, the CBI requested a special hearing claiming that some crucial forensic facts emerged on late Wednesday evening after the court hearing.

It’s hard to say whether it was a co-incident that right after the court summoned the Director, the agency suddenly got its hands on some forensic revelations.

Today, during this hearing, the Counsel Anshul Bansal reportedly filed a fresh status report and urged the court to modify its previous order regarding summoning of the CBI Chief.

The court, however, agreed only upon the postponing of the date of the next hearing and directed the Director to be present on May 9, 2018, instead of April 18.

Now, the next hearing will be held on April 25.