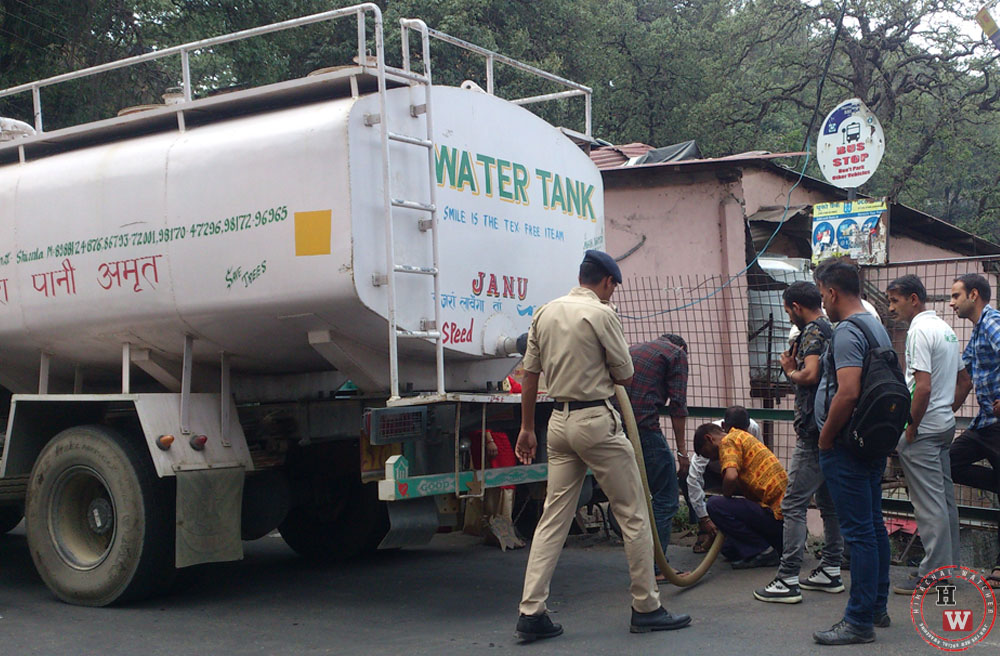 Shimla: Amid the chaotic situation created by the ongoing severe paucity of water, the Himachal Pradesh Government and the Municipal Corporation of Shimla are facing widespread criticism over discrimination while supplying water through tankers.

From several localities, locals have been complaining that while they are forced to line-up for hours to fetch a couple of buckets in several days, the VIPs and even their near and dear were receiving supply from tankers to directly their personal storage tanks.

In some areas, people even reported overflowing in the tanks of VIPs in some houses of localities like New Shimla.

The State High Court Bar Association had also raised voice against this discrimination and had brought the matter to the notice of the court too.

The High Court had summoned the SMC Commissioner and the Engineer to clear the situation. Today, the court took a cognizance of the discrimination and ordered the suspension of water-tanker service to VIPs except for the Chief Minister and Governor.

The court has also directed to stall services at car service stations until the city recovers from the ongoing water scarcity.

Earlier, the government has directed to bring all construction activities to halt in a bid to save water. Drawing of water for irrigation from Gumma was also stopped so that supply to the pumping scheme could be enhanced.

As per fresh updates, the summer festival, which was scheduled to begin from June 1, has also been cancelled owing to the paucity of water.

A bench of Acting Chief Justice Sanjay Karol and Justice Ajay Mohan Goyal had directed the SMC to file a daily report on the availability as well as the distribution of water to the town.

The court had been asking the government to take measures for long-term solutions like drawing water from perennial rivers or creating water reservoirs by constructing check-dams.

Meanwhile, the city appears to have received no respite from the paucity despite Chief Minister’s announcement assuring delivery of water once in three days.

The CPI(M) workers held a protest at the SMC Office. However, the protestors were enraged as they found the MC office empty. A clash was reported between police officials and the protestors. A video has surfaced on a National Media channel showing police thrashing protestors.

Some people, who tried to gherao the Chief Ministerial residence at Oak Over on Monday evening, has also complained that they were allegedly manhandled by policemen.

The city is heading towards a full-on battle after drinking water.