As per the local police, five people were killed on the spot while three others critically injured died at the Indira Gandhi Medical College & Hosptial, Shimla.  The administration feared the death toll could rise as three other passengers are also in critical condition.

As per the police, a bus of the Himachal Pradesh Road Transport Corporation (HP03 B- 6205) was carrying about 30 passengers when, at about 8 AM, it rolled down a gorge (300-500 feet) near Chetudhar on the said road.

Though the exact cause of the accident is yet to be ascertained, initial reports said the driver lost control while negotiating a sharp curve.

The local police took critically injured patients to the IGMC while others were taken to a hospital in Theog for treatment.  Three passengers referred to the IGMC were said to be in critical condition.

The district administration has provided Rs. 15,000 and State Road Transport Corporation Rs. 10,000 to the family members of the deceased as immediate relief.

Transport Minister Govind Singh Thakur said that all expenses on treatment of injured persons would be borne by Transport Department.

The Transport Minister has also ordered a magisterial enquiry into the accident. 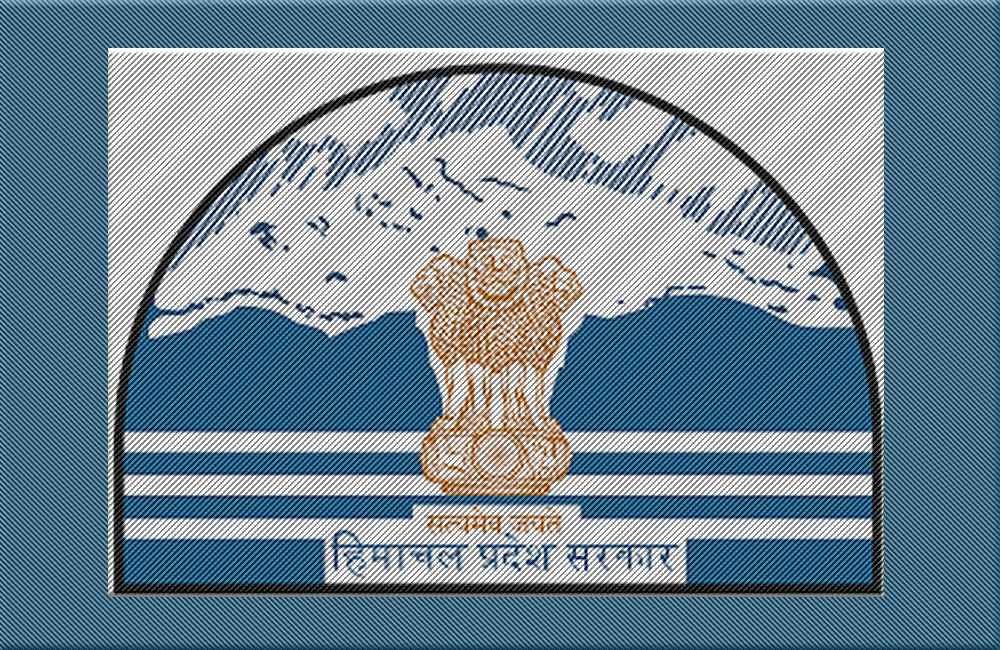 Shimla-Secretary Health Himachal Pradesh, Amitabh Awasthi, informed that under Ayushman Bharat-Pradhan Mantri Jan Arogya Yojana a special campaign has been launched to issue Golden Card. He said that under this campaign, camps have been organized to issue cards and the department is also issuing cards by visiting the houses of eligible candidates.

Ayushman Bharat-Pradhan Mantri Jan Arogya Yojana was launched by the Government of India on 23rd September 2018. This scheme is also being implemented in Himachal Pradesh from 23rd September 2018. Under the scheme, there is a provision of free treatment facility of upto rupees five lakh on hospitalization.

At present 200 hospitals in the State are registered under this scheme, out of which 64 are private hospitals, he informed. Beneficiaries can also avail free medical treatment facility anywhere in the hospitals registered by other states or Union Territories across India.

He said that under the scheme 81,898 beneficiaries have received the benefit of free medical treatment worth Rs. 87.26 crore in the State.

He said that due to COVID-19 pandemic the work of issuing Golden Card has been affected and the Cards could not be issued to the eligible families as the beneficiaries needed to visit the nearest hospital or Lokmitra Kendra to prepare the Cards. He said that under this scheme, if the beneficiary has not prepared Golden Card, then the hospital issues him the Golden Card immediately at the time of treatment so that they could avail the benefit of free treatment. He said that to know about eligibility one can contact on toll-free No. 14555 and can log in to the website (mera.pmjay.gov.in.) 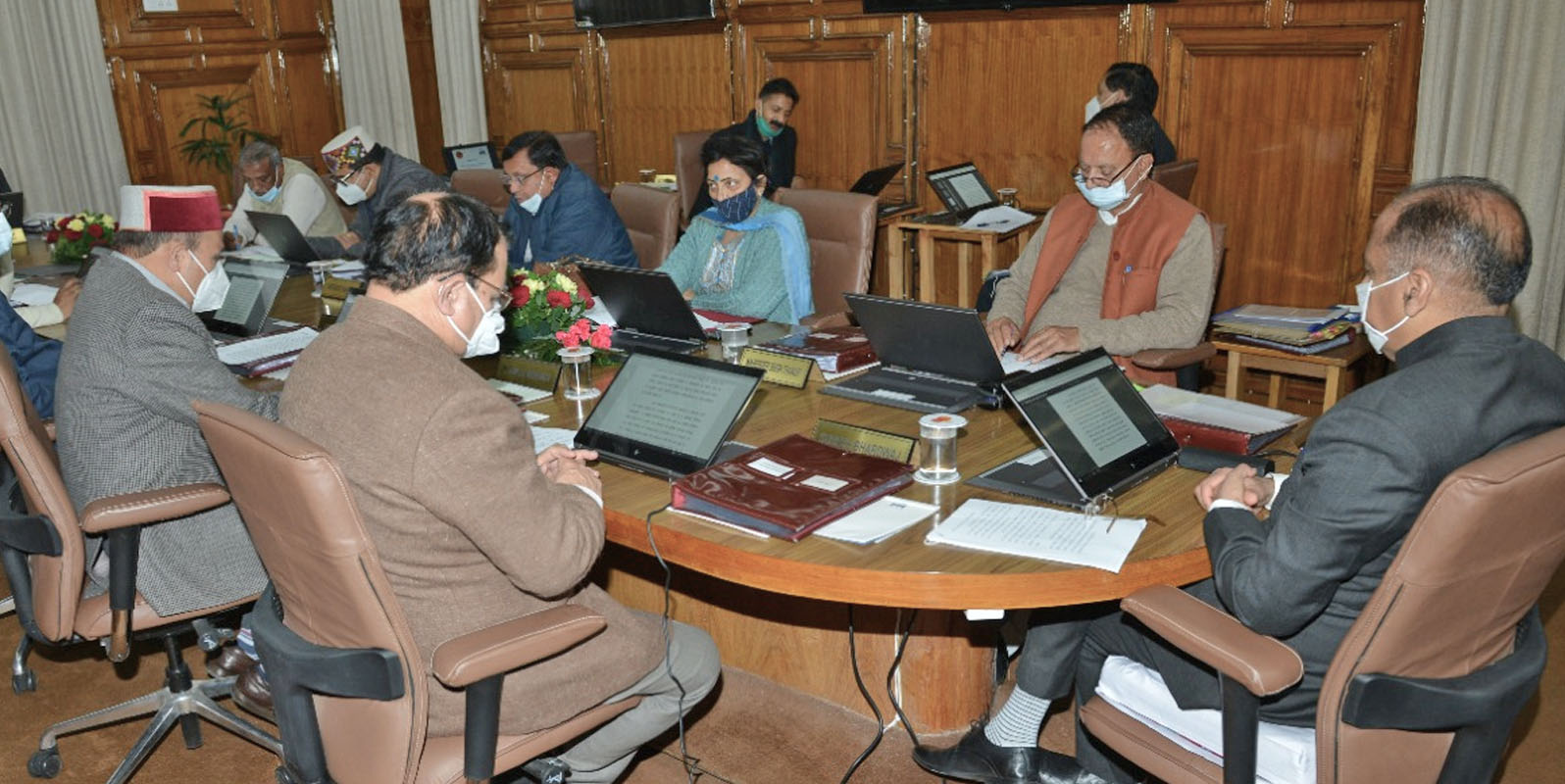 The Cabinet gave its approval to the proposal to modify penalties/fines under Section 210A of the Motor Vehicles (Amendment) Act, 2019, as well as to specific authorities competent to compound the offences under Section 200 of the Act.

The Cabinet also gave its nod to extend the engagement of 2555 SMC teachers already engaged under SMC teachers Policy in Elementary and Higher Education Departments for the academic session 2021-22.

The Cabinet gave its approval to provide government land on a lease basis at the rate of one rupee per month for a period of 99 years in Mauja Dhaulakuan Tehsil Paonta Sahib district Sirmaur measuring 122-08 bighas in favour of Dr. Y.S. Parmar University of Horticulture and Forestry Nauni at Dhaulakuan for the establishment of Regional Horticulture Research and Training Station for the benefit of the farmers.

It gave its consent to construct additional accommodation at Rest House Sundernagar in Mandi district at a cost of Rs. 3.90 crore to provide better boarding and lodging facilities to the employees and the general public during official tours.

The Cabinet also decided to extend the Special Land Acquisition Unit at Nalagarh in Solan district and also engage staff on a re-employment/ fixed emoluments basis for one year from 1st January 2021, as the land acquisition work in the stretch of Baddi-Nalagarh road length of 18 kilometres under Project Director NHAI Shimla was being done by Land Acquisition Collector Nalagarh.

The Cabinet decided to implement Mukhya Mantri Krishi Kosh Scheme for Farmer’s Producer Organizations (FPOs)-2020 for providing incentives, concessions and facilities for eligible FPOs of the State. Under the Scheme, FPOs could avail seed money upto 30 percent of the total project cost with a maximum ceiling of rupees six lakh or one and half times of equity raised by the FPOs, whichever was less. The Scheme would also ensure Credit Guarantee Cover for Bank Loan, Interest Subsidy etc.

It gave its approval to transfer land comprising in Khasra No. 60 situated at Mohal Bazar ward Chhota Shimla, which is presently under possession with Police Department, in the name of Municipal Corporation Shimla to shift the existing two shops of the Corporation to Khasra No. 60 so that widening of Sadbhawana Chowk could be undertaken to ease out the situation of traffic congestion on Chhota Shimla to Kasumpti road.

The Cabinet gave its consent to provide reservation of one seat in ANM or B.Sc. Nursing Courses for eligible widows below 45 years of age in each Nursing Institute of the State.

It gave its approval for amendment in Mukhya Mantri Swavlamban Yojna 2019 to reduce the burden of loan on the entrepreneurs and the subsidy would be deposited in the term loan account of the borrower and would be adjusted only after three years. Now after disbursement of 1st instalment of loan by the bank under the scheme, the General Manager, GIC would approve the subsidy amount in two instalments of 60 percent initially and 40 percent after the unit commences commercial production/operation and physical verification of the unit has been done. The remaining 40 percent subsidy amount would be released within 15 days of the verification.

The Cabinet gave its nod to fill up 12 posts of Junior Office Assistant (IT) in the Prosecution Department on a contract basis through direct recruitment.

It also gave its nod to fill up: 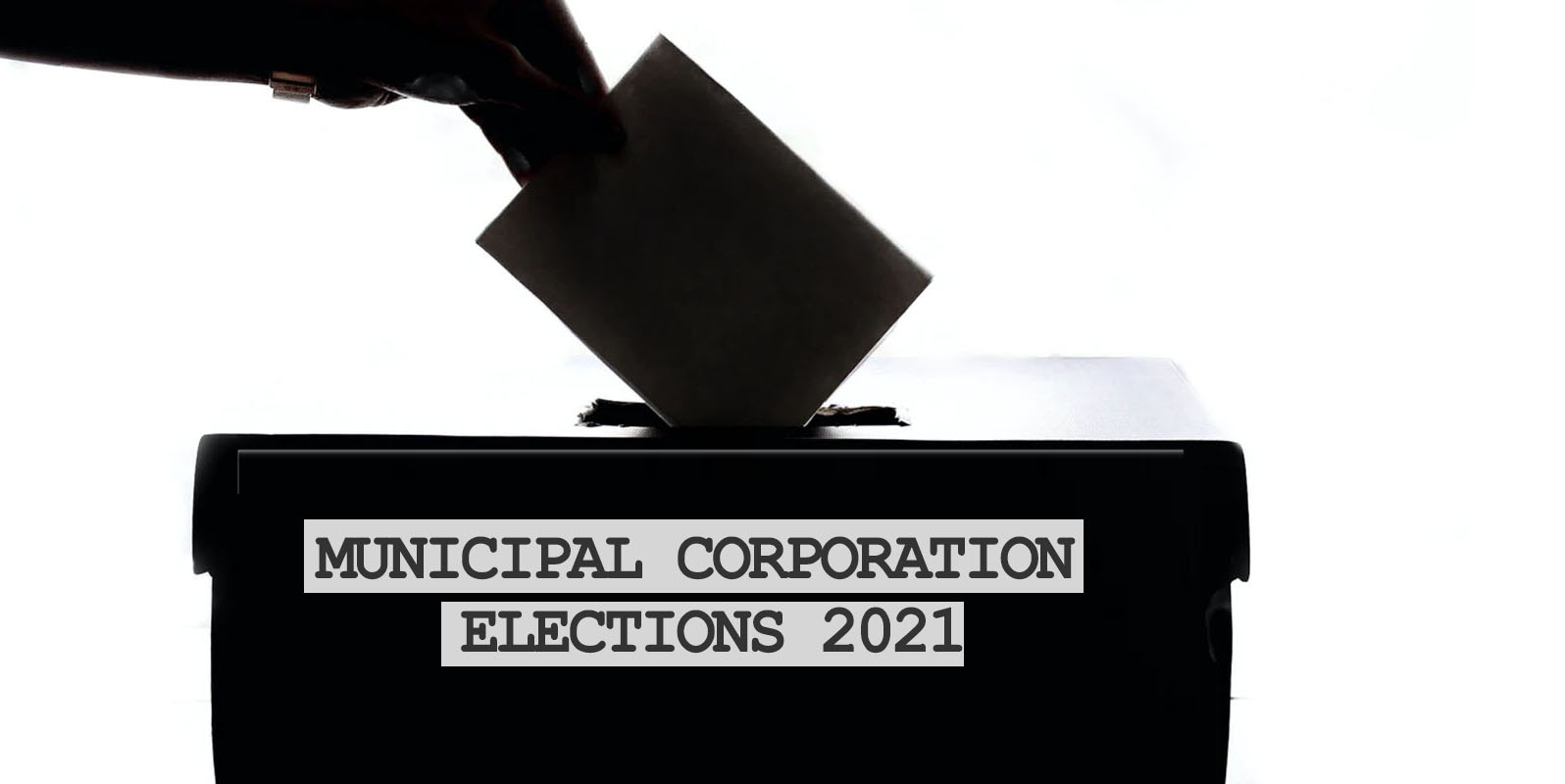 Shimla-Municipal Corporation elections 2021 in Himachal Pradesh would be held on party symbols, the state cabinet decided in a meeting held on today. The elections would be announced during the budget session starting from February 26.

The municipal corporation elections in, Mandi, Palampur, Solan and  are scheduled to be held next month. There was a growing demand that this time the elections should be held on party symbols.

These amendments would pave way for conducting elections to Municipal Corporations on Party symbols, provide reservation for OBCs, provision of disqualification on grounds of defection, strengthen provisions of no-confidence motion etc.

It’s pertinent to mention that this decision has also come right after elections to panchayats, zila parishads, and block Simitis, which were not held on party symbols. While Bharatiya Janata Party has been claiming that it dominated these elections, the opposition alleged it of misusing government machinery and using unethical means to lure independent candidates in order to display the majority.

Last time, in 2012, when the elections were held on party symbols, the seats of Mayor and the Deputy Mayor had gone to the Sanjay Chauhan and Tikendar Panwar of Communist Party of India (M).

“CPI(M) is in favour of elections of urban local bodies and Panchayati Raj Institutions to be held on party symbol. Elections of Municipal Corporation Shimla were held on party symbol in the past but the government changed it. Left ruled state Kerala is holding all urban body and panchayat elections on party symbol. This will definitely help in curtailing horse-trading by the party in ruling with government influence and using money power in elections and politicize the people will strengthen the democracy,” Sanjay Chauhan told Himachal Watcher in a statement .

The ruling government, according to reports, is also mulling over to put in place an Anti-Defection law to discourage the practice of horse-trading.

The opposition has also been demanding direct elections to the post of Mayor and Deputy Mayor. But the government was yet to take a decision on it.

Weather in Himachal Likely to Change This Week, Yellow Alert from 24-26 Feb With Prediction of Rain, Snow