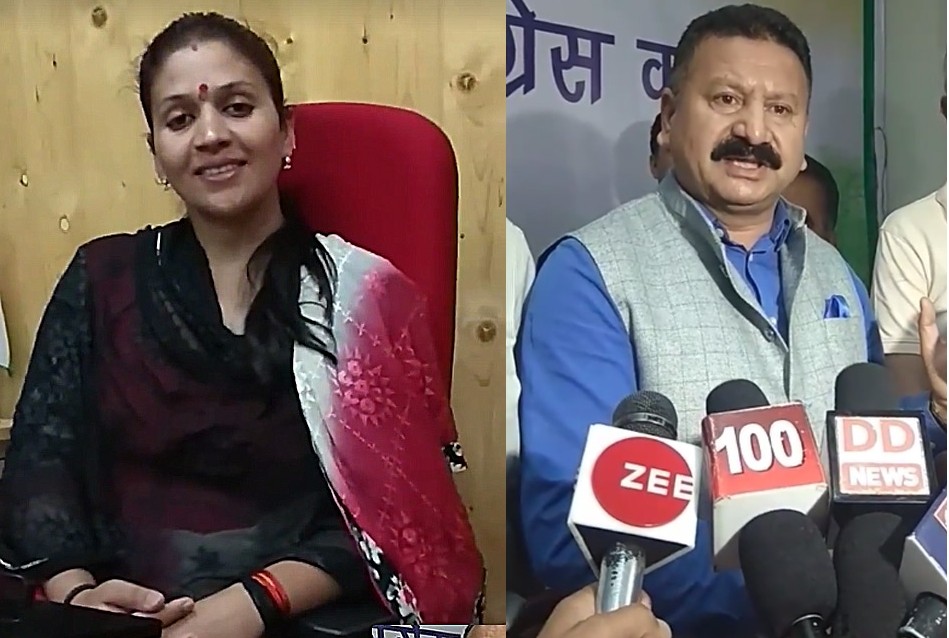 Shimla: With the return of Kusum Sadret, the elected Mayor of Shimla city, from her tour to China, the demands for her resignation as well as the dissolution of Municipal Corporation, Shimla, have gained momentum.

The Mayor has begun to apologize to the people as she is facing severe criticism for abandoning the people of the town amid a crisis for drinking water supply. One failed attempt to derail the MC House has already been made in her absence. The Councilors of her own party were seen coming out against her.

Today, the Legal cell of Himachal Pradesh Congress Committee Shimla, submitted a memorandum to the Governor, Acharya Devvrat, seeking dissolution of the SMC under Section 404 of the MC Act, 1994.

“If, in the opinion of theGovernment, the Corporation is not competent to perform, or persistently makes default in the performance of the duties imposed on it by or under this Act or any other law or exceeds or abuses its powers the Government may by an order published, together with a statement of the reasons thereof, in the Official Gazette, declare the Corporation to be incompetent or in default or to have exceeded or abused its powers, as the case may be and dissolve the Corporation.”

However, the Mayor said she has no idea about the memorandum or the protest Councilors had been staging against her.

The Chief Minister and Bhartiya Janata Party are cursing the previous governments of Congress for not making long-term plans for better water supply to the town.

BJP government alleges that Congress has ruled the state for a longer period as compared to it. The drying up of the natural resources from where the drinking water was being lifted for supply is the second reason that the current government is referring to in its defence.

The error on the part of the previous government can’t be ignored, but at the same time, the fact that the State government had to take charge of the situation and form a special high-level committee to ensure the supply of drinking water to the area falling under SMC’s jurisdiction backfires at the SMC.

Moreover, the State High Court had to intervene once again in matters related to the civic body. Previously, it was the strike of the sanitation workers, and now it was the supply and distribution of drinking water. The court conducted a daily hearing for five consecutive days till May 31.

This is what the opposition is using as ammunition against the current MC House and Mayor.

The memorandum said the Historic Shimla town’ “Queen of Hills”, is facing civic amenities emergency. MC has failed to perform its duty; therefore, the High Court took suo moto cognizance of this water emergency in the town and issued appropriate directions to the State government.

The opposition said that all these facts reflect that the Corporation is not competent to perform and is persistently making default in the performance of duties imposed on it by the MC Act 1994, it said.

The opposition has urged the Governor to consider these circumstances and direct the government to take recourse under section 404 of MC Act and dissolve the present MC Shimla.