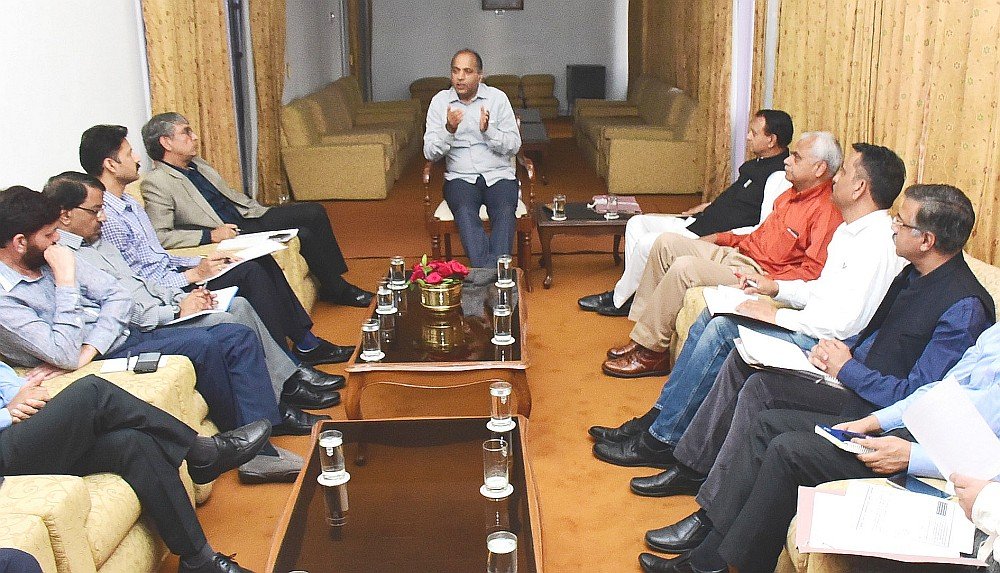 Yesterday, the officials had claimed there was an increase of over seven MLD water on Saturday and over 28 MLD was received. However, the five-hours long chakka jam at Vikasnagar and at some other spots on Saturday suggested otherwise.  The Shimla Police has filed cases against about 200 people on Saturday for chakka jam and shouting slogans over water-scarcity. 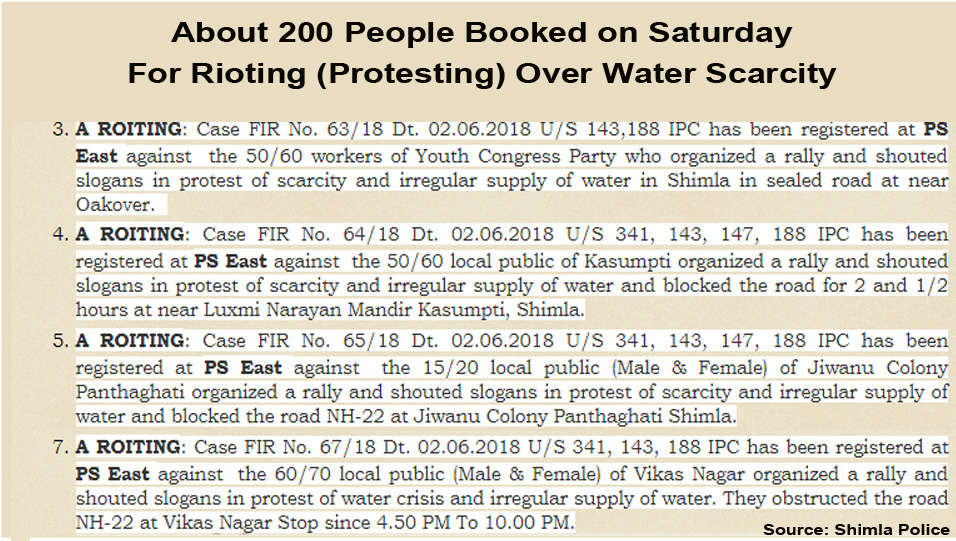 The city, as per the Shimla MC, requires about 42 MLD to supply water daily.  Today’s claim of receiving over 37 MLD would imply the water scarcity is over, at least for today.

The officer claimed this supply was distributed according to the timetable. He was told that water was supplied to Krishna Nagar, Ram Bazar, Lower Bazar, Jakhu, Benmore, Engine Ghar, Sanjauli Chowk, Dhalli, Mashobra, Bhattakufar, Shanti Vihar, Malyana and Shangti areas.

The officers told him the water supply through tankers was also ensured where water could not be distributed due to some reasons. It was informed that 1.85 lakh litre water was also supplied to different parts of the town through tankers today.

The Chief Minister was informed that water would be supplied to Kusumpti, Pantha Ghatti, Chhota Shimla, Vikasnagar, Patiyog, Kangnadhar, New Shimla and Khalini areas on June 4, 2018.

The Chief Minister directed that water should be distributed strictly according to the scheduled time-table. He also directed the officers to ensure effective checking of water losses due to leakages.

IPH Minister Shri Mahender Singh said 11 hand pumps would be installed in Shimla and its peripheries at the earliest.

Heli-taxi between Shimla-Chandigarh to cut travel time to 20 mins for Rs. 2,999