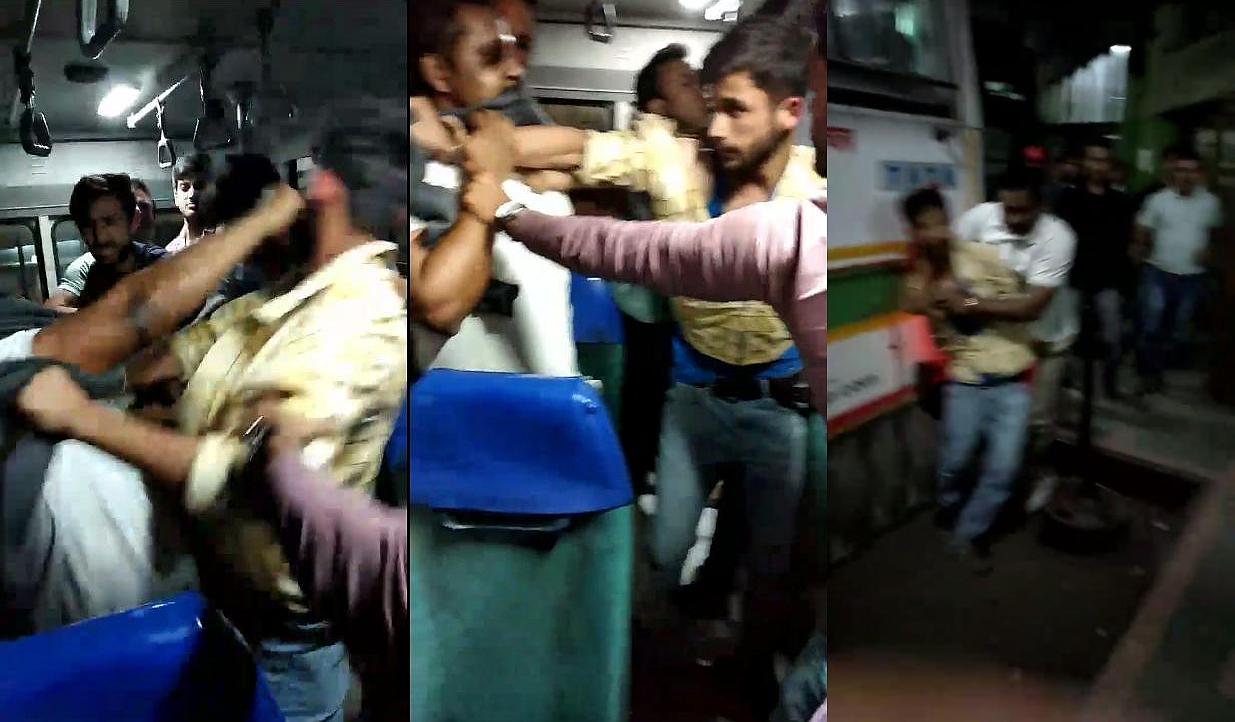 Shimla: On Monday, enraged over allegedly being labelled as Naxalites, some members of the Student Federation of India clashed with the man at the New Interstate Bus Terminal (ISBT) of Shimla. A video recorded by another man did rounds of the social media and caused huge embarrassment to the student organization.

The organization faced a widespread criticism after the video was circulated on social media.

As per the report, at about 9:30 PM, some members of the SFI, who were students of a government college in Shimla, were collecting donations. One of the men reportedly denied donation, allegedly misbehaved and called them Naxalites in front of all passengers sitting inside a bus of the Himachal Pradesh Road Corporation (HRTC).

The enraged students asked the man to apologize. However, man, who identified himself as a BSF personnel, did not apologize, which led to a clash with the students.

An ugly, violent scene continued for several minutes and caused huge inconvenience to other passengers present inside the HRTC bus.

Watch Video of the clash and SFI’s clarification

Note: Himachal Watcher has excluded most of the violent part of the clip posted below:

The police reached the spot, but the man who was thrashed did not file an FIR or complaint. By that time, some other leaders of both ABVP and SFI had also arrived at the spot.

SFI said the man had accepted his fault in front of the police and had compromised afterwards.

SFI alleged the video was circulated on social media alleging that the SFI members were trying to extort money from the man and thrashed him when he denied it.

SFI held a press conference on Tuesday and labelled some serious allegation against ABVP. SFI said the students were deliberately provoked. SFI alleged the man who was recording the video was a member of ABVP. He was identified as Saffronist Manish Saklani.

SFI said it had also lodged an FIR against some members of the ABVP for spreading wrong information to defame the student organization.

The police confirmed that the man who was thrashed filed no FIR, but after the video went viral on social media, it said action would be taken against the students. The police said no one would be allowed to extort money from passengers.