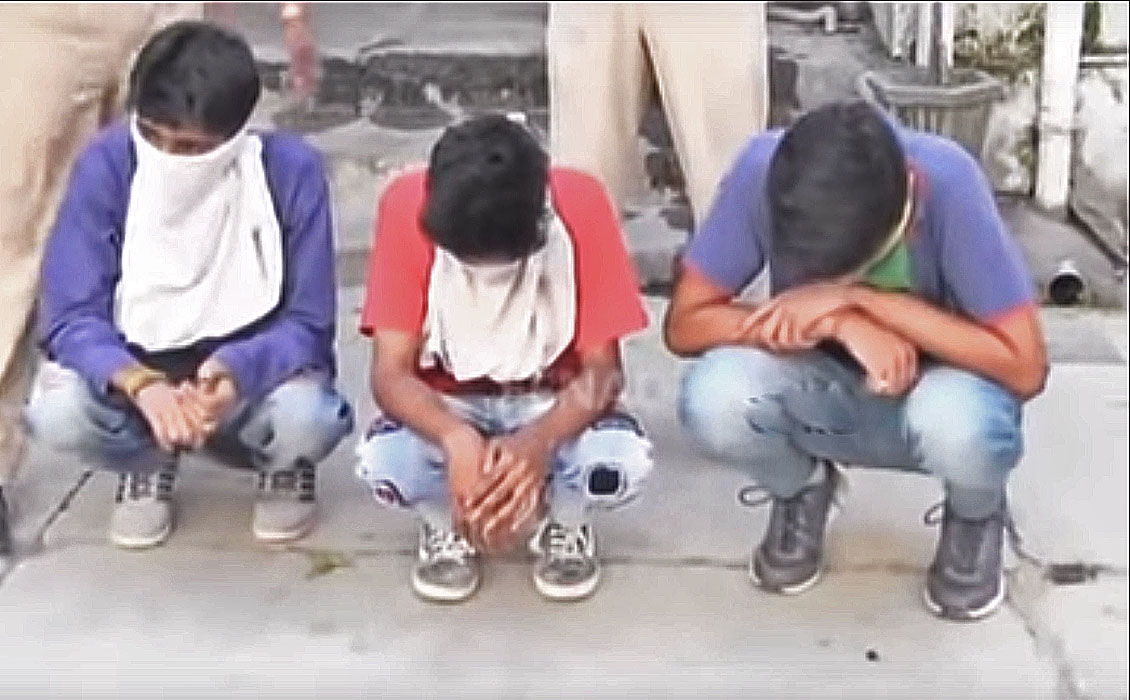 Mandi: The notorious leader of Indian National Congress and former Member of Legislative Assembly from district Bilaspur, Bambar Thakur, is again in the news after his son was arrested with about half-a-kilogram of charas in Mandi district today morning.

As per the police, the four youths were carrying 498 grams of charas in a luxury car (HP 69 -2323) that the son of the Ex-MLA was driving. The police confirmed that the vehicle was registered in the name of Bambar Thakur. Two of the accused were minors.

The police confirmed that a team headed by Sunil Kumar, in charge of Sadar Thana, was conducting inspections of the vehicles at a barrier near Bhyuli on National Highway-21 when the car of the accused was spotted coming towards Mandi from Pandoh.

The police stopped the car and recovered the said amount of charas from the dashboard of the car after a checking. All four accused were arrested following this recovery. As per police,  Thakur’s son and one other accused claimed they were minors, which was later verified by the Superintendent of Police, Mandi, Gurudev Chand Sharma.

Other two accused were identified as Abhishek of Bilaspur and Amar of Shimla district.

The police have filed a case against two adults under Section 20 of the NDPS Act at Sadar Police Station, Mandi. The minors would be booked under the Juvenile Justice (Care and Protection of Children) Act, 2015. Further investigation is in progress, said the police.

Bambar Thakur and his son have remained in controversies for wrong reasons earlier too. Earlier, Bambar had been alleged of illegal mining and running other illegal trades even when he was a sitting MLA.

The allegations of drug-peddling against his son had also surfaced earlier. The people in a locality of Bilaspur had even staged a protest against the misuse of the local police by the MLA to shield offences of his son.

The case has again brought the increasing indulgence of Himachal’s youth in drug/substance abuse to the limelight.

Video: College students thrash man in Shimla after he allegedly calls them Naxalites