Shimla: The people of both rural and urban Shimla have now begun to pour on roads to protest against the inability of the State government to control drug/substance abuse spreading its tentacles in the capital.

The entrance of Heroin, infamously known as Chitta, has sounded an alarm in the State. Nowadays, ‘Udta Himachal’ on the lines of ‘Udta Punjab’ is the term that is being used to describe the situation in the State.

The youth in the capital is worse hit. The number of cases registered under Narcotics, Drugs and Psychoactive Substances (ND&PS) Act by Shimla Police in various police stations speaks for itself. Between July 1 to July 30, the police has registered over 20 cases under the ND&PS in Shimla only. About 70 percent of the cases are registered against Heroin offenders, which also include a female arrested near Bemloe.

However, these accused do not include any big fish but most victims who have become addicts, thus, helpless.

At the same time, the State Police, in the Cabinet meeting held on July 24, 2018, at Shimla, had informed the State government that during the last six months, 831 drug offenders were arrested.

Today, several women under the banner of Janwadi Mahila Samiti submitted a memorandum to the Shimla Police regarding increasing presence of drug/substance abusers on the road leading from Sanjuali to Navbahar Cemetery.

Outsiders including both boys and girls are making the Cemetery area in Navbahar an ‘adda’ (hub) of addicts, who could be seen sitting inside cars parked along the road or wandering on the said road,

a member of the Samiti said.

The height of lawlessness is that now commoners, especially females find it unsafe to use the road alone, especially during the evening hours, 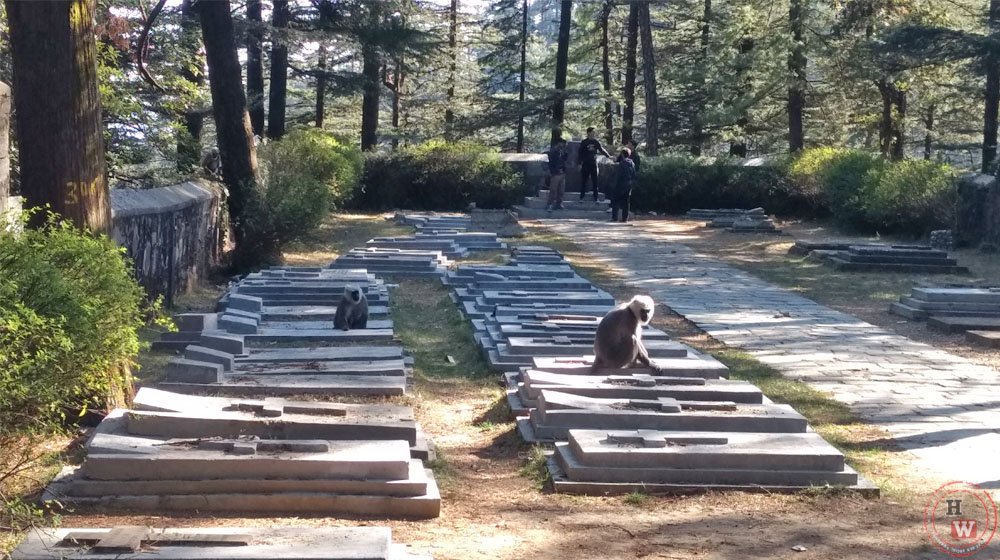 The Cemetery in Navbahar in Shimla

The group, in its memorandum, has demanded that the police patrolling in the said area should be regular to deal with the situation and take action against the offenders.

Further, the Samiti expressed its concern regarding the heightened possibility of crimes under the influence of drugs.

Similarly, people in Rampur under the banner of the ‘Sutlej Basin Sangharsh Samiti’ took out a rally in Rampur along with submission of a memorandum to the Chief Minister Jai Ram Thakur.

The first concern expressed in the memorandum was increasing influence of drug peddlers and Heroin (Chitta) in the area under Rampur Tehsil as well as neighbouring district Kullu.

Already three to four lives have been lost due to Heroin and eight to nine cases were also registered, but still, the peddling and influence of this drug is only growing with each passing day,

The Samiti has demanded the formation of a Special Investigation Team (SIT) to probe the causes and put a check on peddling of Heroin in the worst-hit areas.

Further, the people have been raising the demand to increase surveillance and patrolling near educational institutes, tuition centres, hostels, and other sensitive areas.