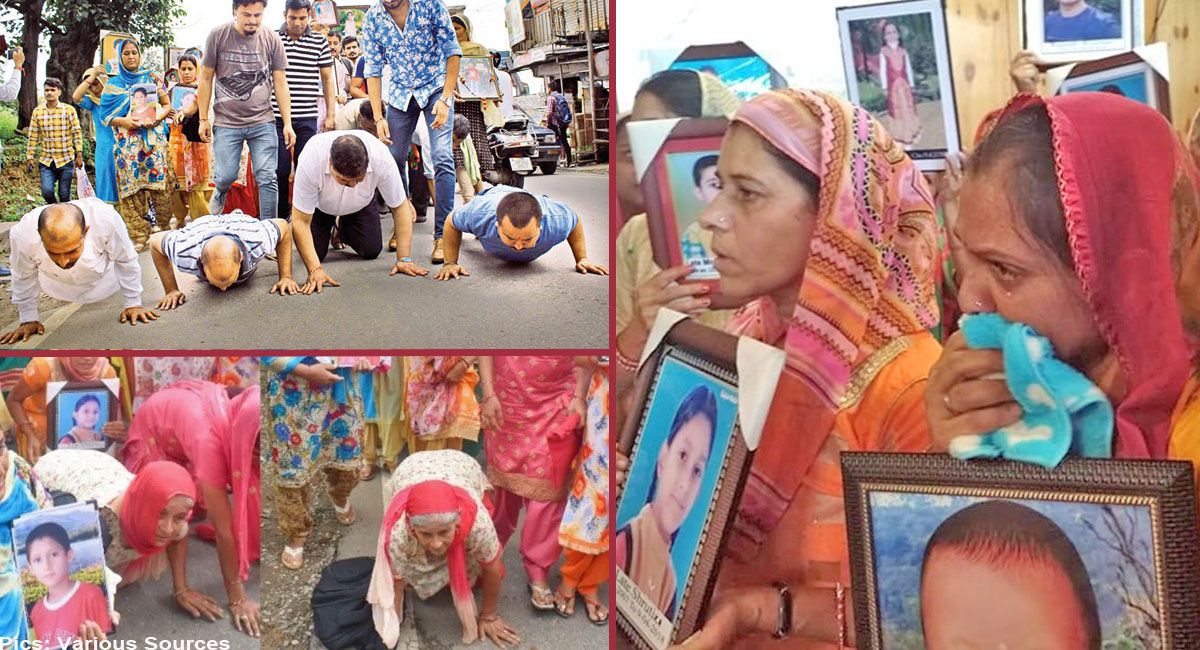 Shimla: Yesterday, after a banner with pictures of children killed in Nurpur school bus accident was seen near Hanuman Temple in Kachehri market of Dharamshala in Kangra district, several parents were seen rubbing noses on the ground while crawling to the Office of the Deputy Commissioner, Kangra, Sandeep Kumar.

For onlookers, it was a disheartening scene to see that the people were rubbing their noses to get justice as the government neglects their grievance. Parents seek a probe by the Central Bureau of Investigation saying that only the agency could expose all those responsible for this accident. 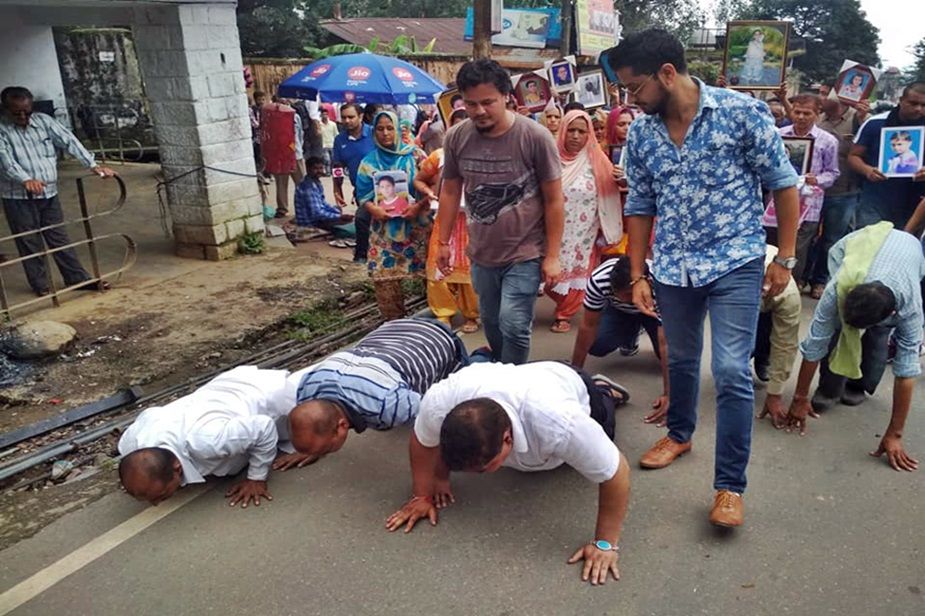 The parents carried photographs of their deceased children and broke out while pleading to the DC to carry their request for a fair probe to the Chief Minister.

Related Story: Banner with plea of 24 children killed in Nurpur tragedy to CM for justice

When the DC talked about the memorial that the government has announced in memory of the killed children, the parents said,

We do not want a memorial; we want justice”

The parents submitted a written plea for a fair probe into the tragic incident that killed their pre-school going children. The parents said they were not satisfied with the magisterial probe and its report, which is not being made public. The district administration has asked parents to file an RTI to obtain a copy of the report. 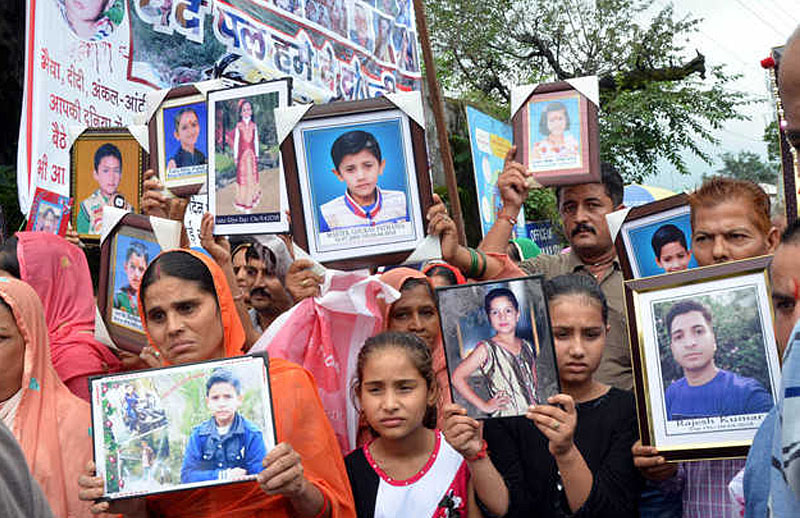 We came here to demand justice for our children. We are demanding CBI inquiry as the administration has tried to hide the things. There are three to four departments involved in this case and CBI can reveal the things. We want strict punishment for the persons responsible for this accident,

Beena Pathania, one of the victim’s grandmother told ANI.

The ADM told us yesterday that all reports were based on facts but he didn’t say anything about retaining wall or the truck. We are not happy with this report,

The parents also alleged that the official who conducted the probe either did not meet them or hear them. The parents said the government is protecting the responsible government officials as well as the contractor.

Five months have passed since April 9, 2018, when the school bus had rolled down a gorge in Nupur’s Guchal village at a black spot, killing 27 persons including the driver and 23 children on the spot. One of the kids died a week after the accident.

The parents said the government and Chief Minister had assured them that culprits including the officials of the State Public Works Department and contractor responsible for not repairing the collapsed part of the road, which had resulted in a tragedy that scared the parents for rest of their lives.

An accident had taken place at the same spot in which a truck had fallen into the same gorge. All formalities including the insurance claim were completed for the said truck, but still, it was not removed. The parents alleged it made the bus accident more fatal. The questions why the authorities did not ensure removal of the truck.

Some parents also alleged that there were irregularities in the passing of the bus despite being a very old model. The parents said they have knocked almost every door including the State High Court but are still deprived of justice for their children. They said their deceased children won’t find peace even in death until the culprits are brought to justice.

The parents said they have also written a letter to the Chief Justice of the Supreme Court on the behalf of the deceased children as no one is listening to them.

Moreover, the parents are left alone to fight this battle as they are hardly receiving any support from the people or social organizations. So far, the Chief Minister has not issued any statement regarding the plea of the parents.